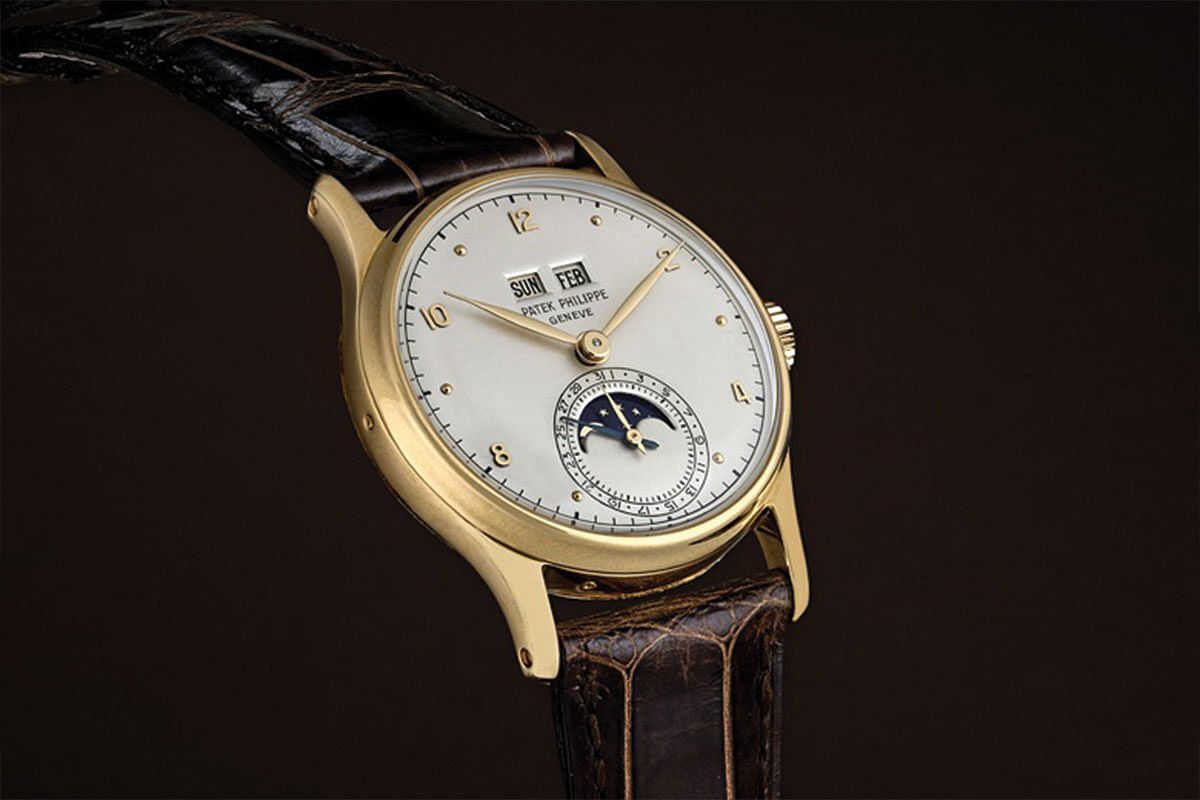 [dropcap size=small]A[/dropcap]part from telling time, perpetual calendar mechanical timepieces, as the name suggests, also tell the day, date, month and moon phase without – at least in our lifetime – the need for hands-on correction for the different number of days in February and the extra day gained every four years for leap year; the watch’s mechanism makes all the necessary adjustments to ensure the date is correct.

Perpetual calendar timepieces are more sophisticated than their less complex offshoot – the annual calendar watch, in which you would have to manually push the last day of February – be it 28 or 29 – forward to 1 every year on March 1.

Initial production of Patek perpetual calendar watches was small but they played a big role in the days when the company supplied the great industrial barons and financial tycoons of the New World. But with the launch of Ref 1526 in 1941, the first regular series-produced perpetual calendar wristwatches took off – and soon reached out to a wider market.

Patek has continued to launch new perpetual calendar timepieces, the latest being Ref 5320 introduced this year. This latest model, inspired by Ref 1526 which in 1941 kicked off  perpetual calendar watches as part of Patek’s regular collection, automatically indicates months with 28, 30 and 31 days and every four years also recognises Feb 29 as a leap day.