It’s been over 60 years since the world received one of the most enduring symbols of aviation inspired horology, but this year’s GMT-Master II models prove the watch is still going places. 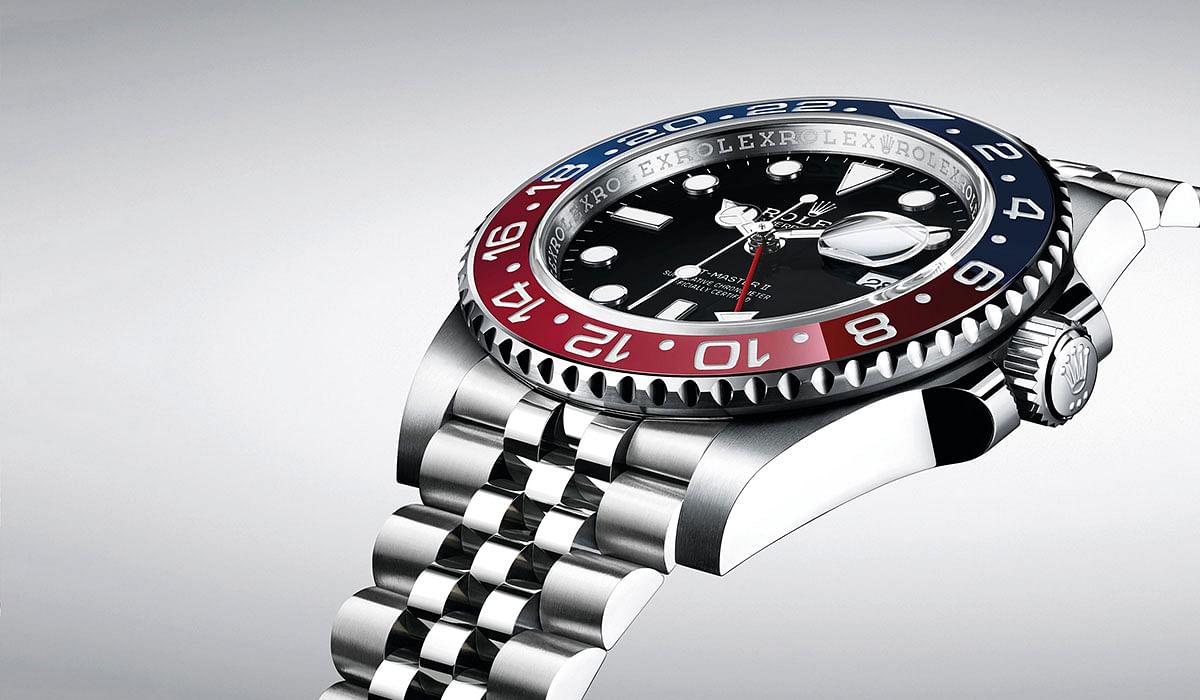 [dropcap size=small]A[/dropcap] good aviator watch should allow its wearer to easily track the time in two time zones and be as tough as it looks. Rolex delivered on this when Pan American World Airways (or “Pan Am”) put in a request for such a watch in the early 1950s, and the GMT-Master became one of the first among this new breed of tool watches. It featured a fourth, 24-hour hand and a rotating bezel with 24-hour markings with which to read off the desired time zone. It was simple to use and easy on the eyes and that, coupled with the fortuitous timing of being produced during the Jet Age, propelled the GMT-Master to icon status.

As the world’s airplanes improved, so did the watches built to accompany them. Rolex released three new models of the GMT-Master II this year and they combine fresh colours and materials with one of its latest movements, the Calibre 3285, offering greater precision and durability in a chassis of modernity. Here’s a closer look. 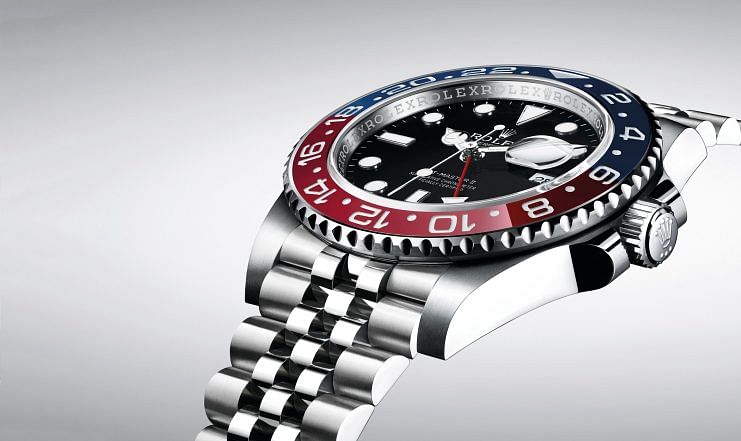 The self-winding Calibre 3285 has 10 patents filed over the course of its development, and is equipped with technical treats like Rolex’s anti-magnetic Chronergy escapement, blue Parachrom hairspring and Rolex overcoil, which ensures regularity in any position. It has an autonomy of 70 hours.

Unlike its 2014 predecessor in white gold, this year’s “Pepsi” bezel model in Oystersteel (part of the 904L steel family) comes with the five-link Jubilee bracelet. As always, the bracelet is equipped with the Easylink rapid extension system and fitted with an Oysterlock safety clasp. This combination of Jubilee bracelet, Oystersteel and red-blue Cerachrom bezel is a first for the GMT- Master II line.

Cerachrom bezels superseded aluminium and Plexiglas ones in 2005 because of the scratch-and fade-proof properties. For a long time they were only available in single colours but in 2013, Rolex made a breakthrough that would allow two-tone Cerachrom bezels made from a single piece of ceramic – a world first.

The Oyster case, unveiled in 1926, was the world’s first waterproof wristwatch case. A solid middle case, watertight winding crown and screw-down case back guarantees water-resistance to at least 100m, while the signature cyclops window offers a clearer view of the date.

(RELATED: The importance of such ‘overengineered’ watches as the Rolex Deepsea)

The red 24-hour GMT hand can simply be used to indicate a second time zone as in regular dual-time watches, or used in conjunction with the 24-hour bezel to allow for the reading of various time zones while using GMT as a reference.

A timeline of Rolex’s high-flyer shows its enduring legacy.

Rolex introduces a new movement that allows the hour hand to be set independently of other hands. Models with this new calibre were renamed the GMT-Master II.

The aluminium bezel is replaced with monobloc ones with ceramic inserts, and given the name “Cerachrom”.

The iconic red and blue “Pepsi” bezel finally shows up in Cerachrom. Because red ceramic is especially hard
to produce as firing it affects the colour, this bezel is the first of its kind in the world.