Taking Asian fashion to the world stage is Priscilla Shunmugam, founder of a five-year-old label that’s meeting with huge success. 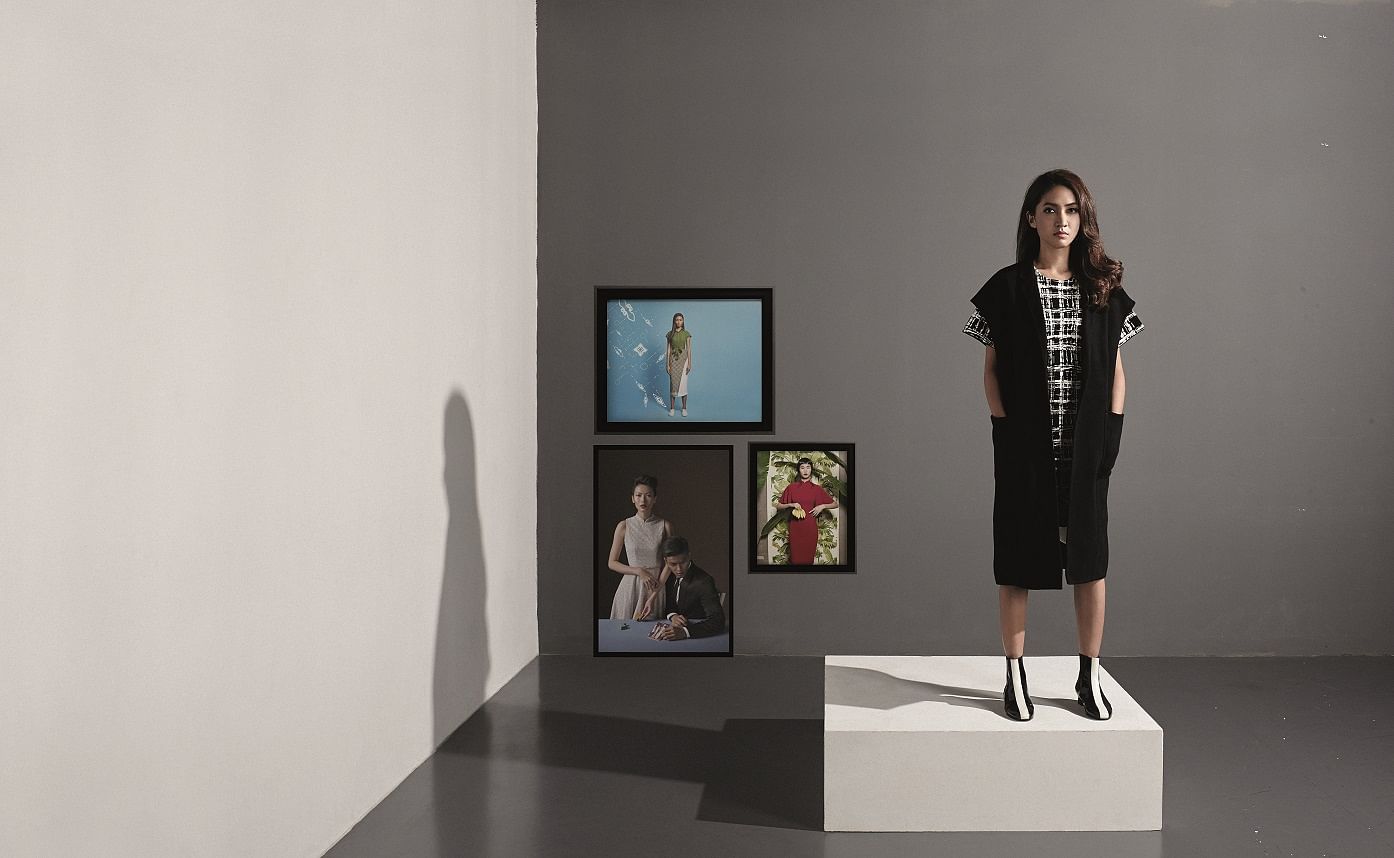 [dropcap size=big]H[/dropcap]er clothes have graced the runway of Paris Fashion Week. Her label has been stocked in New York cultlabel institution Pixie Market.

Her designs have exhibited at the National Museum of Singapore – the second Singaporean fashion brand after London-based Singaporean designer Benny Ong to have done so.

Her name was singled out by Singapore Tourism Board chief executive Lionel Yeo as having potential to woo tourists to Singapore.

All this happened within three years of founding her now five-year-old label Ong Shunmugam, which references her parents’ last names.

In June, Priscilla Shunmugam – known for her contemporary spin on Asian traditional clothing and fabrics – became the first fashion figure from Singapore to be selected as a jury member at the 2015 Cannes Lions International Festival of Creativity, the advertising world’s Oscar. Last month, she presented her pieces to the fashion set in New York as part of the inaugural Fashion Futures programme – which is co-organised by Singapore Fashion Week and the prominent Council of Fashion Designers of America and aims to help local brands go global.

She might have been trained as a lawyer but fashion is where she finds equilibrium in life.

The youngest of three girls – she was born in Malaysia and is now a Singapore permanent resident – she loves experimenting with colours and drawing but, since she was the “most academically inclined one in the family”, read law at National University of Singapore to fulfi l her parents’ wish. Yet, after a year of work, following her bagging a corporate lawyer position in an oil and gas company, she found herself constantly wondering about “an alternative life I could have”.

In a “now or never” move, she quit in 2008 and poured almost $30,000 of her savings into patternmaking and dressmaking courses in London where she stayed for a year. She recalls: “Halfway through my courses and after serious discussion with my teachers, this path became very clear to me. Even though developing a fashion brand in London might have seemed like a more logical choice, I felt a responsibility to come back to do things that were not well-represented. It wasn’t just about being in a place where I could reap the most, but being in a place where I could give the most.

“Going to law school was the best thing I did in my adult life. It instilled discipline, and sharpened my analytical mind and tenacity to digest and master complex topics. To some people, it was a grand waste of time and money because I didn’t become a lawyer. I didn’t go into fashion because it was fun and frivolous. The topics I was exposed to in law school gave me ammunition for my label. Fashion is the medium I use to stir conversation on topics that are not discussed often. Now I have a balance – there are periods of creating and there are periods of intense academic research. Then I decide the type of fabric to flesh out these topics. This came very instinctively, right from my first collection.”

With $30,000 raised from what little remaining savings and loans from a few friends, she launched Ong Shunmugam via an online store in 2010. While she received some attention from organising pop-up stores and the local media, Shunmugam says the turning point came when she opened a 250 sq ft standalone boutique in 2011 at Hong Leong Building – an uncommon decision for a young, unestablished label. She says: “I didn’t have anything else to lose. It was very good training. In any business, one has to always focus on the core. What is more important – expensive fl ooring or quality fabric and paying seamstresses well to deliver good pieces? Opening a shopfront also helped ascertain if this business was sustainable.” Her gamble paid off . At least 12 sales were made in the opening week – a figure that would previously have taken a month to achieve.

Lee says: “We have always been hugely supportive of local designers, but few could command our runway with a collection that could stand alongside top international designers, and also have the popularity to fill a 800-seater tent. Priscilla’s collection had a strong and unique point of view, and I felt that the experience of taking part in a world-class fashion event could propel her into the limelight and advance her positioning.”

Indeed it has. The label is now on the radar of venture capitalists with whom Shunmugam – she declines to reveal the label’s sales fi gures – has been in talks. Over the next 10 years, she hopes to export the home-grown label to Hong Kong and China. She also plans to expand her off erings to include accessories, jewellery and, eventually, menswear.

She says: “For someone like me bearing all these contradictions, to be classified as an asset instead of being written off , to be offered opportunities regardless of the colour of my skin and passport, and to scale social and income mobility beyond my parent’s imagination, I call this the Singapore dream.”