In a Minute: Greubel Forsey Hand Made 1

The timepiece, which requires 6000 hours to complete, takes the concept of “handmade” to new extremes. 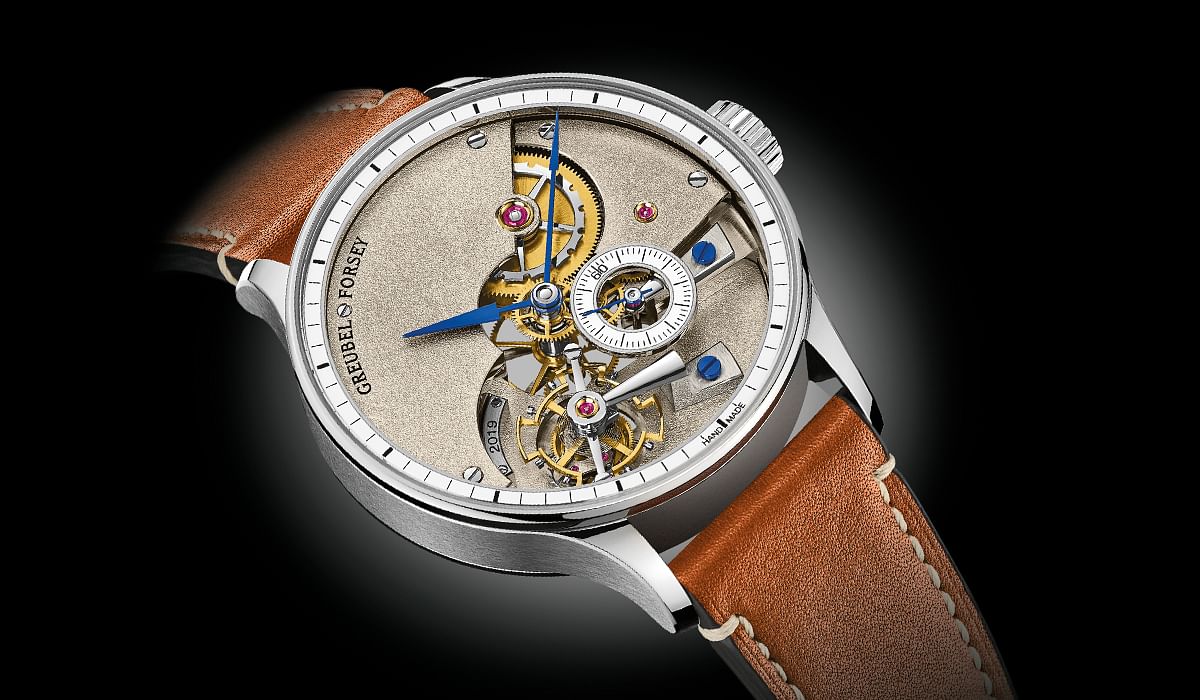 There are largely handcrafted fine watches – and then there is the Greubel Forsey Hand Made 1, which takes the concept of “handmade” to new extremes. This one-of-akind watch (for now) is almost fully made by hand or with the help of hand-operated tools. Members of a dedicated team built most of this tourbillon watch’s 308 components from scratch: from the case to the hairspring and right down to a single screw that requires a total of eight hours to produce. This hand executed process necessitated the creation of a new movement. Little wonder then that the Hand Made 1 took 6,000 hours to complete and is an exceptional accomplishment – even for a brand as highly regarded as Greubel Forsey.

Aesthetically speaking, Greubel Forsey watches generally fall into two categories. The complicated, heftier pieces often feature case bulges that accommodate certain displays as well as multiple and/ or inclined tourbillons. Then there are its “simpler” round watches that are less in-your-face, but remain distinctive, thanks to brand signatures such as multilevel dials and exceptional hand fi finishings. The Hand Made 1 falls into the latter camp, and its finishings, as always, are impressive. Note the exceptional polish on the movement bridges and vertical flanks of the cutaway frosted dial and movement bridges, for instance. We’re also fans of the brushstroke-ish “Gratte” finish on the main plate that is visible through the exhibition caseback.

With their large cases, sometimes punctuated with the odd bulge, and their distinctive aesthetics, Greubel Forsey watches are not meant to be hidden undersleeves. They are for real horology nuts for whom the timepiece is the point – sartorial correctness be damned! That said, with its round case and relatively (for the brand) modest dimensions – a diameter of 43.5mm and a thickness of 13.5mm – the Hand Made 1 is among Greubel Forsey’s most wearable timepieces, even for smaller wrists. That is, if you can get hold of one. This white-gold timepiece remains unique for now, with the brand planning to produce just two or three pieces each year.

(Related: In a Minute: Greubel Forsey’s GMT Earth offers an unfettered view of a spinning globe)