Although most of the brands in the watchmaking industry are defined by their heritage, it doesn’t mean that modern technology can’t help create a better watch. 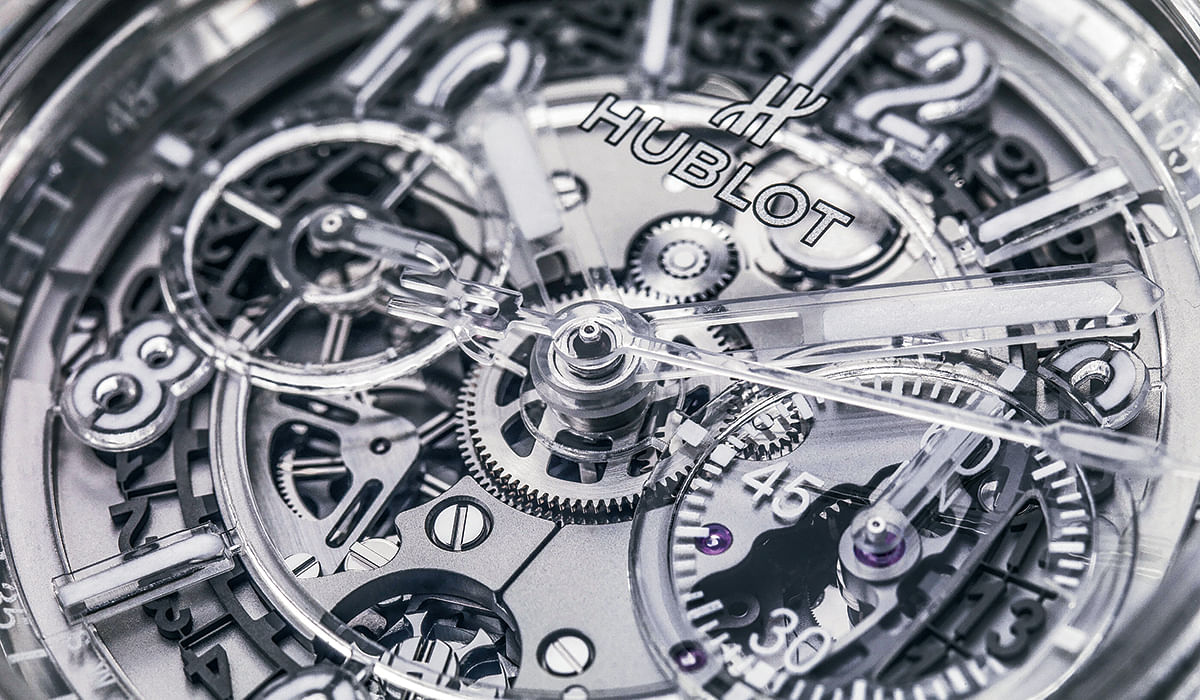 [dropcap size=small]I[/dropcap]f you break it down, what really defines a mechanical timepiece? At its most basic level, it needs only three core components to function: a power source, a regulator to moderate the release of energy, and a display system to translate that into something readable for the wearer.

The most complex of the three would undoubtedly be the regulating organ – and it’s staggering to realise that the most common form of system used is the lever escapement, invented by British clockmaker Thomas Mudge back in 1755. That’s more than 250 years ago and, yet, most luxury mechanical watches today are still governed by the same principle.

Over the years, mechanical engineers have found ingenious ways to build upon this basic principle, adding on functional complications such as the chronograph, perpetual calendar, minute repeater and tourbillon. Back when they were invented, those complications were considered a necessity, but they are more of a vanity today, adding more to the aesthetic and emotional appeal of a watch. And this shift in watchmaking philosophy happened when the Industrial Revolution gave way to the Information Age.

It started with the quartz crystal that allowed the production of a more accurate timekeeper, at a fraction of the original cost. Then, as the digital revolution happened, watches could suddenly do so much more than just tell time. They could connect to phones, track the wearer’s location via GPS, recharge itself with the power of the sun, and more. As technology advanced, so did the functionality of these watches.

So where did that leave the old-school, (mostly) handmade, mechanical watch? It became a luxury product, one that appealed to the emotional side of people rather than the practical. But it’s not to say that since the 1800s, the mechanical watch has remained exactly the same.

Sure, there is a huge element of craft involved in the assembling and decorating of these watches, but with advancement in technology, many watchmakers are integrating tech updates into the mechanical watches of the 21st century.

Here are but a few.

With the use of sapphire, the complex movement of a watch is visible from every angle.

The Hublot manufacture in Nyon, Switzerland.

The Zenith Defy Lab collection is a set of only 10 pieces.

The movement looks quite ordinary when static but, when it starts oscillating, it is anything but.

When it comes to luxury timepieces, scuffs and scratches, especially on the crystal, are a bane. Thus, watchmakers are always in pursuit of new materials that can withstand the onslaught of everything that elements can wreak, and the sapphire crystal has become one of the industry standards in surface hardness. That being said, a harder material may be more impervious to scratches, but it is this very characteristic which makes it much harder to work with; imagine trying to make an entire case out of sapphire.

That is the sort of challenge that is right up Hublot’s alley. As a young brand, it prides itself on embodying the Art of Fusion, and what this really means is that it is putting traditional watch movements into cases made of materials that have never been used in the watch industry. It has one with a cement bezel, another in a carbon fibre-esque material called Texalium, one that is made of its own super-hard version of gold (Magic Gold), and, of course, a watch with a case made entirely out of sapphire.

To be fair, Hublot isn’t the first manufacture to make a watch case out of sapphire, but what it has managed is to successfully industrialise the process. Where other brands that make sapphire cases have to price their watches north of six figures and make them only in small quantities, Hublot has managed to offer its watches at about the US$60,000 (S$83,000) mark and in quantities of 500 to 1,000 pieces for each variant.

(RELATED: All you need to know about Vacheron Constantin’s new Fiftysix Collection)

Sapphire is the second-hardest material after the diamond, with a level of 2,000 Vickers. In order to successfully produce a large number of such cases, Hublot invested several million Swiss francs in machinery. Through a partnership with another Swiss company, Hublot engineers were able to find a way to not only mill but also polish the cases so they retain the intended effect of being crystal clear. Since then, it has also been able to offer different colours of sapphire cases, something that is currently unique to Hublot in the entire watchmaking industry.

When 3-D printing started becoming a thing, the world took notice because of its widespread benefits to all kinds of industries. If you think the only people using this technology are those with personal projects in their garages, you are in for a surprise. The basic theory of 3-D printing is this: Unlike a traditional milling machine that starts with a block of material and works to remove the unnecessary parts, 3-D printing joins or solidifies materials to create a three-dimensional object, designed using computer-aided design software.

For watchmakers, this type of tool may not be useful in creating the final product, which still requires the craft and finesse of human hands, but it does help immensely in the prototyping stages. With 3-D printing, it makes it that much easier for watchmakers to design and test out parts when creating unorthodox movements. A great example of this would be Parmigiani Fleurier’s newest Bugatti Type 390 watch.

The Type 390 was created to coincide with the delivery of the latest Bugatti Chiron car. The movement or engine powering this watch is the PF390, a brand-new movement created by the brand for this watch.

It has 302 components, split among seven layers within a cylindrical calibre – which also has a flying tourbillon – and the timekeeping information has to be transferred to a horizontal plane where the dial and hands are.

Then, there is the case that has to be designed to house this crazy movement, while still being comfortable on the wrist. The case was created by Les Artisans Boitiers – one of Parmigiani Fleurier’s manufacture divisions – to be able to showcase the brilliance of the movement via large openings topped with sapphire crystal, and it has the ability to pivot by up to 12 degrees along the movement’s main shaft to adapt to different wrist sizes.

The research and development of this would have been significantly longer, if not for the 3-D printers used during prototyping, and also to print the components that can’t be done on a traditional CNC machine (a computer-controlled precision tool). Brands like IWC, Officine Panerai, Richard Mille and Roger Dubuis all admit to the benefits of 3-D printing when it comes to creating watches like nothing else on the market.

Compared with the very first pocket watches, the wristwatches of today have undoubtedly undergone vast improvements. However, it can be argued that the operating principle of a mechanical watch has remained unchanged since Christiaan Huygens presented the system of a coupled balance and hairspring to the French Royal Academy of Sciences in 1675. Unchanged, that is, until Zenith recently presented the Defy Lab.

The Zenith Defy Lab represents not just an upgrade to the mechanical watch but, rather, an evolution of it. Instead of a sprung balance, the Defy Lab’s oscillator is a monolithic whole made of monocrystalline silicon (with details finer than a human hair). The 30 or so components of a standard regulating organ, which require assembly, adjustment, timing, testing and lubrication, have now been replaced by one part measuring just 0.5 mm thick, vibrating at a frequency of 15 Hz.

What this means in layman’s terms is that the new Defy Lab is able to offer a 60-hour power reserve (which is 10 per cent more than the standard El Primero movement despite vibrating three times faster); and a degree of precision to within just 0.3 seconds deviation per day. Just to give you an example, the chronometer testing has a tolerance of 10 seconds per day (-4/+6) and even Rolex’s Superlative Chronometer certificate has a tolerance of four seconds daily (-2/+2).

As this is a totally new way of regulating time, the watch is like nothing we have ever seen before. The Defy Lab series is in a limited run of 10 pieces. It is cased in a high-tech metal foam which is 2.7 times lighter than titanium, 1.7 times lighter than aluminium and 10 per cent lighter than carbon fibre. But the most eye- catching feature of the watch is the oscillator that can be seen vibrating just beneath the dial.

(RELATED: The importance of such ‘overengineered’ watches as the Rolex Deepsea)