Whether you’re an enthusiast, an expert or a brand owner, Instagram has proven to be the great equaliser when it comes to relaying your horological leanings to the world. 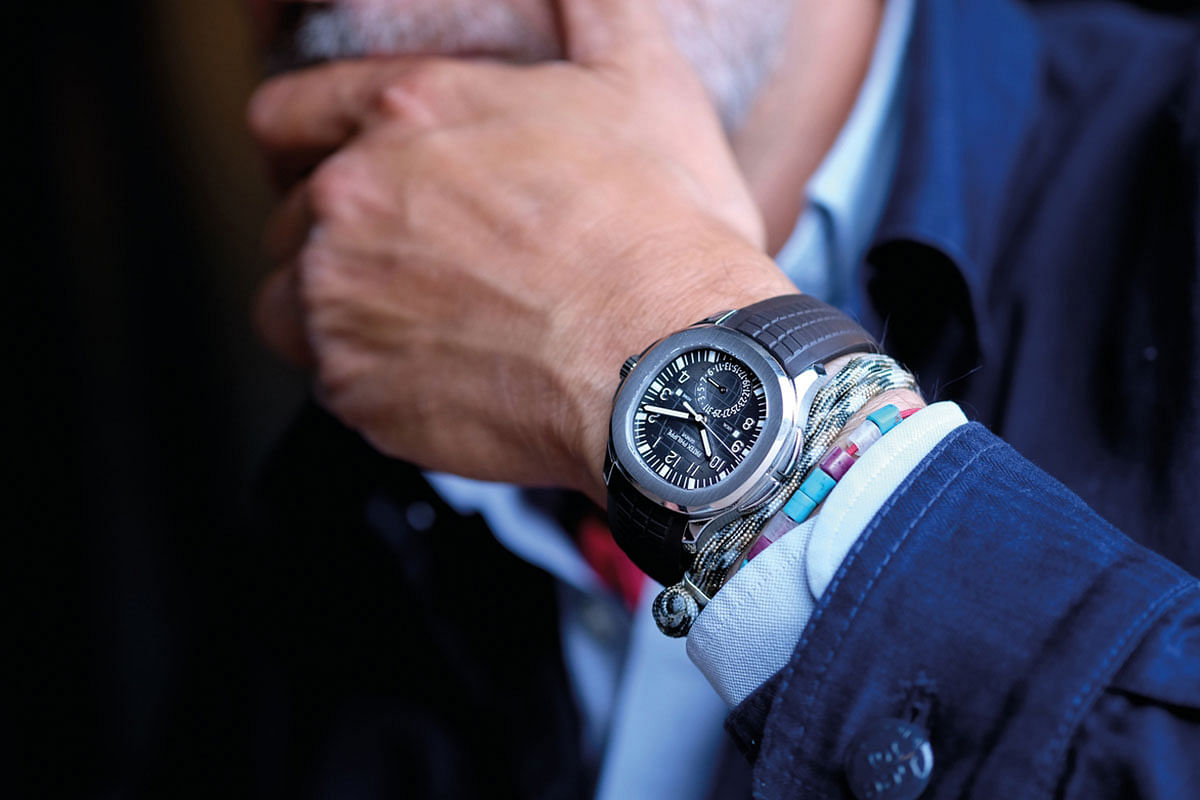 [dropcap size=small]A[/dropcap]dmit it. When you buy anything with a price tag several zeroes above the norm, there’s a certain pleasure when it’s noticed. Quality, design and heritage no doubt play a role, but what’s the point of exclusivity if nobody else knows it? It’s easy when it comes to luxury goods like clothing, cars and real estate. They’re showy by nature. High-end watches, however, are not. Instagram has changed that.

The photo-sharing application was launched in 2010 and the former iOS exclusive soon expanded its offerings to include Android and Windows users, as well as a Web interface. Its growing popularity prompted Facebook to cough up approximately US$1 billion (S$1.4 billion) to acquire the app in 2012, and it was well worth it: Instagram now has over 700 million users and is available in 33 languages.

For the casual observer, Instagram appears to be just another social media outlet with an emphasis on photography – a visual Twitter, if you will. It helps people curate a picture-perfect reel of their lives and allows businesses a more immediate marketing outlet.

But for watch lovers, Instagram is a godsend. It finally allowed their once-obscure hobby, often limited to a small circle of horology geeks and forums, to be shared, loved and regrammed with the world. Local watch enthusiast Vincent Ng, who goes by the handle @horobromance on Instagram, where he shares snaps of his watches and cars with more than 18,000 followers, says: “This social media giant has helped to bring together collectors from
around the world with its ease of use, strong visuals and the ability to search for images of particular timepieces with just a hashtag.”

RISE OF THE WATCH INFLUENCER

Indeed, some of these aficionados have become celebrities in their own right. Popular accounts like @wristi and @atommoore have followers that number in the tens of thousands. Bloggers like Ariel Adams (@ablogtowatch) and Louis-Nicolas Darbon (@louisnicolasdarbon) have over 100,000 followers, but the undisputed king of them all is Anish Blatt, who gained fame through his Tumblr blog www.watch-anish.com, and has an Instagram following of over 1.7 million.

Toronto-based photographer Richard Erlich says: “Before Instagram, I felt like there were very few people who loved watches as much as I did.” He’s better known in these circles by his Instagram handle @pbandwatches. His account boasts over 83,000 followers, thanks to beautiful shots of timepieces (often paired with food props). It was created in 2013 after a friend expressly said he did not want to see Erlich’s watch collection on his personal feed. “Instagram has completely opened up a new world to me. Because of it, I’ve been to Baselworld twice, had the pleasure of racing exotic cars and photographed million-dollar watches,” he says.

It has also served as an extension of people’s work. Watch photography has been a lifelong interest for Danish watch specialist Kristian Haagen, who was first inspired by watch ads that populated the first few pages of National Geographic. Though he declares himself a “print romantic”, his passion has translated easily to the digital front, where he manages his 89,000 follower-strong Instagram account (@kristianhaagen), an e-shop specialising in books, accessories and watches, as well as Facebook page Timegeeks.

Unlike retailers and watch brands, fans and collectors aren’t pressured to post their latest and greatest in impossibly high resolutions and ritzy settings. Local collector Kevin Tan, the man behind account @hororgasm, has shot luxury tickers next to everything from Teochew porridge stalls to his office desk, but has more followers (42,000) than, say, Carole Forestier-Kasapi (8,929), the head of movement creation at Cartier.

(RELATED: Competitive E-Commerce could mean your shopping is delivered in 30 minutes.)

NOT JUST FOR INDIVIDUALS

Not that that’s stopped brands from launching successful Instagram feeds. Instagram has provided a level playing field for all watchmakers, large or small. Breguet, for example, has over 200 years of history and is backed by the mighty Swatch Group. And yet, its number of followers trails just behind Urwerk, an independent company that’s been operating for just 22 years. The key to a brand’s online success has a lot to do with how they connect with fans. Roger Smith, a British independent watchmaker, has a sizeable following of over 24,000 due in large part to the more intimate nature of his posts, showing not just images of watches and movements, but also of what life is like on the Isle of Man in the British Isles, where his workshop is based.

“This is deliberate because we’re a uniquely personal watchmaker, making just 10 pieces a year. I populate the account myself so everything I share is a true insight into our studio and working methods,” Smith says. “The only drawback is that, like any social media platform, Instagram is a hungry animal that needs to be fed content frequently!”

It’s not just intimacy fans crave, but transparency. Explains MB&F founder Maximilian Busser: “It’s a fantastic opportunity to set the real tone or attitude of your company. The way you answer comments shows who you are. “Most big corporations in our industry don’t seem to understand this, and continue to churn out the same corporate messages and images that populate their press kits. The major difference between ‘normal’ media and social media is that we shift from monologue to dialogue.”

While all of this is part of a bigger brand-building picture, it can also have a direct effect on sales. In January 2017, Omega released a limited-edition Speedmaster, in honour of the #SpeedyTuesday hashtag created by Fratello Watches founder Robert-Jan Broer. (When he came up with it five years ago, the hashtag was simply a way to celebrate the iconic chronograph every Tuesday, and it spread like wildfire.) The “Speedy Tuesday” Limited Edition was an online exclusive, and sold out within four hours of its announcement.

For now at least, Instagram is the most buzzing of the social-media platforms that have helped a traditionally reclusive industry reach out to a new cohort of consumers. Having established a presence on platforms such as Instagram, Facebook and Twitter years ago, Girard-Perregaux is among the high-horology brands that have invested heavily in this area. “It’s a fantastic opportunity for us to reach a younger generation,” says the brand’s CEO, Antonio Calce. “It’s not just about traditional ad campaigns anymore. Today, the world moves very fast. We have to catch people’s attention.”

After all, good things should be shared, and, in this day and age, shared instantly.

BE WARY OF REFLECTIONS

To prevent annoying reflections, says Kristian Haagen, “use natural light for the best results and stay away from filters”. He adds: “You want to make your picture as perfect as possible without having to spend time editing it. Natural results are best.”

(RELATED: Why you should travel with camera drones during your holiday.)

You don’t want your feed to look like a watch catalogue, so grab anything to add visual interest. Even a textured surface will do, as @rarebirds.de often does. Or combine your interests: @bexsonn’s account is known for featuring his two passions of watches and whisky.

A luxury watch’s best features are often found in tiny details, so if you’re going to do a close-up, make sure to clean the watch first. Use a lint-free cloth for the case, and cotton swabs or paintbrushes with rubbing alcohol for the harder-to-reach nooks. Residual dust is inevitable but can be digitally corrected.