Luxury Watchmakers react to the Smartwatch

The luxury watch industry is dipping its toes into the smartwatch pool, and the results are fusions that could change the face of watchmaking forever. 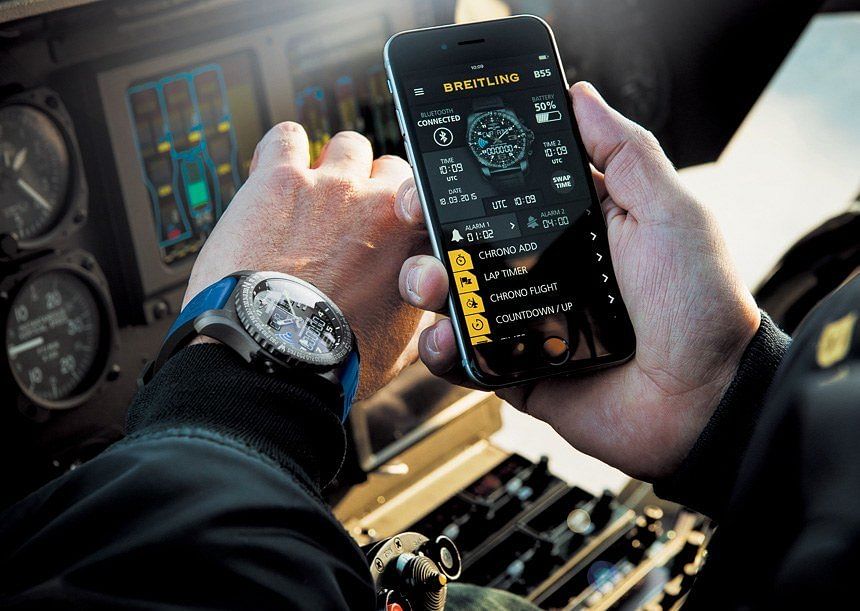 The Swiss luxury watch industry has wised up since its last crisis. When the quartz revolution swept the world in the 1970s, mechanical watches were rendered nearly obsolete in under a decade, leaving only the largest and most prestigious brands left standing. Now, technology is at it again with a new wave of smartwatches, and this time, the Swiss are taking notes.

Instead of denying its impact, a number of major brands have decided to embrace the wearable-technology trend, while keeping one foot firmly in its luxury positioning. “Let’s admit that the watch industry is an organic entity in constant evolution, and it is our mission to comply with this fact, rather than remain stuck in the past,” opines Jean-Christophe Babin, CEO of Bulgari, whose company is one of several that released a smartwatch – or some version of it – at Baselworld 2015.

Even those who haven’t rolled out tech-enhanced timepieces are supportive of their growing ubiquity – even if a bit reluctantly. Says Greubel Forsey’s Stephen Forsey: “Smartwatches lack emotion and a soul that can be found in a fine, hand-finished mechanical timepiece. But they may bring wrist-wear to a new potential clientele, and we can imagine these new clients will then be surprised and delighted to discover the quality of mechanical watchmaking.” Bremont co-founder Giles Bremont agrees, saying: “If smartwatches can get the younger generation to wear watches, that’s a good thing.”

But don’t worry about technology eventually overtaking the tenets of fine watchmaking. Your meticulously handcrafted, hand-finished treasures aren’t going anywhere this time. “It’s a completely different world, compared to ours,” says Francois-Henry Bennahmias, CEO of Audemars Piguet. “The use of smartwatches has nothing to do with that of mechanical ones. It’s like fast-food and three-star Michelin restaurants – I eat at both, but enjoy their fare very differently and on completely separate occasions.”

And it’s a sentiment shared by many in the luxury segment. In fact, MB&F’s famously outspoken founder even believes that “smartwatch” is a misnomer. “It’s a communication object that you strap onto your wrist, and will link to your phone and give you your health readings or whatever, but it’s not a watch, so stop calling it one,” says Maximilian Busser.

The bottom line is this: Smartwatches are permeating our lifestyle, and the luxury watchmaking industry is totally fine with it. So why not embrace the trend like these high-end watchmakers are doing, and enjoy the longevity of the past and the convenience of the future in one neat, wrist-sized hybrid? 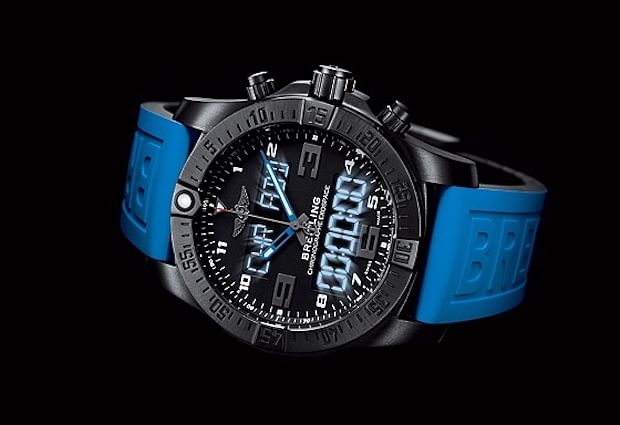 Breitling has always made watches for pilots, and the fact that its latest prototype is equipped with some new tech doesn’t change that fact. The B55 Connected won’t monitor your health or buzz you when you get a message, but it will, when paired with the Breitling phone app, swop between time zones when you’re travelling, check its own battery life and even record the flight times of pilots. The watch buttons will do that too, but the app allows pilots to easily backup and e-mail these records. Other functions, like the alarm, tachometer and date, can also be adjusted via the app, if you don’t want to fiddle with the crown. The watch uses the “super quartz” Calibre B50, unveiled in 2014 and boasting the ability to compensate for changes in temperature, making it 10 times more accurate than a standard quartz movement, in addition to being COSC-certified.

The introduction of a newfangled case material is often an indication that something more exciting is going on under the hood, especially for more traditional brands like Bulgari, which rely heavily on precious metals. That is precisely the case with its Diagono Magnesium concept watch. The automatic watch, which employs spaceage materials like magnesium, polyether ether ketone (Peek) and Motor-Lac (a type of coating used to protect car components), will also be a digital security key.

Thanks to a Near Field Communication chip inside the watch, along with help from Wisekey – a Swiss firm that specialises in digital security and data storage – the Diagono Magnesium is able to link up with the Bulgari Vault app on smartphones. Bring the watch near the phone to “unlock” the vault and you will be able to store passwords, make secure payments, open car doors, start your car engine, and gain access to VIP lounges, among numerous other possibilities. 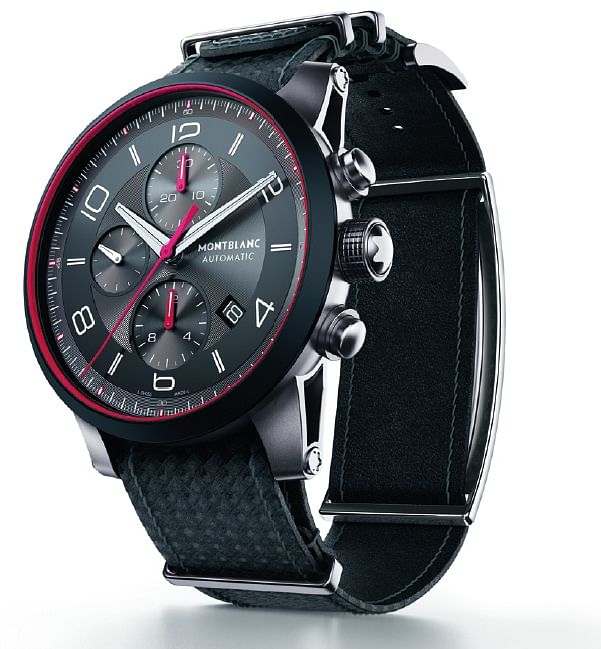 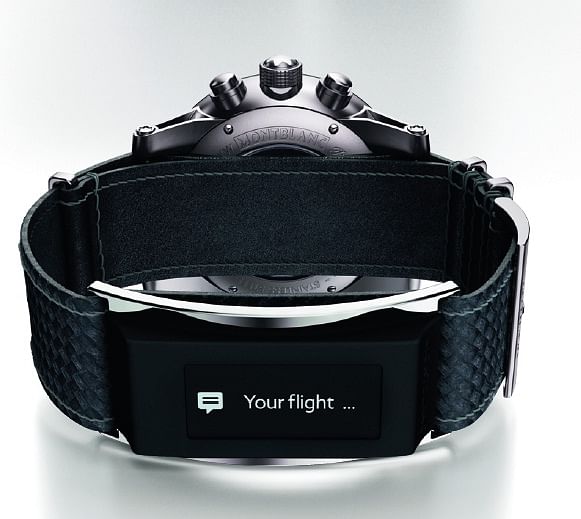 Purists who would prefer their movements remain entirely mechanical can turn to add-on modules instead, like Montblanc’s e-Strap. The watch strap, which will debut on some of the new 2015 Timewalker Urban Speed models, has Bluetooth functionality that allows it to receive notifications from your smartphone about calls, texts, e-mails, calendars and socialmedia platforms. Vibrating alerts will be paired with displays on a 0.9-inch monochromatic Oled touchscreen at the base of the strap. It will also come equipped with a pedometer and accelerometer, with the data sent to the accompanying phone app. And that’s not all. The strap will also be able to control your phone’s music player, serve as a remote camera trigger and find your phone if it’s within Bluetooth range. Despite the abundance of functions, the strap claims to be able to run continuously for five days before a recharge is required.

Not all smartwatches need to look the part, and Frederique Constant is one brand that has gone out of its way to make sure its new-age offering looks no more futuristic than the rest of the tickers in its stable. Powered by a quartz movement, the new Horological Smartwatch looks like any other classic analogue timepiece, with hours, minutes and a subdial. But take a closer look and you’ll see that the subdial doesn’t contain seconds, but your activity and sleep information along with the date.

Once you connect the watch to the corresponding app on your smartphone, you can set activity goals that can be tracked on the watch face. Pushing the “crown” will activate sleep mode, and the app will reveal how well you slept, based on how much you moved during the night. One thing to note is that the crown is actually just a pusher, and time adjustment can be done only through the app.

Montblanc is not the only brand keeping its movements wholly mechanical, while incorporating the “smart” into the straps. A similar idea is brewing over at IWC, which is in the midst of fine-tuning the IWC Connect, a secondary device that will attach to the strap of the Big Pilot model, and eventually onto all of the brands’ sports watches. Details are scarce at the moment, but IWC has announced that it will come with an activity tracker – a sensible move for its sports watch collection. The inspiration apparently came from the plastic and rubber fitness trackers people have started to wear, alongside their luxury timepieces. Creating a sleek module that will fit onto the watch itself will thus negate the need to share wrist space with non-premium accessories.