A secret handshake between connoisseurs in the know. 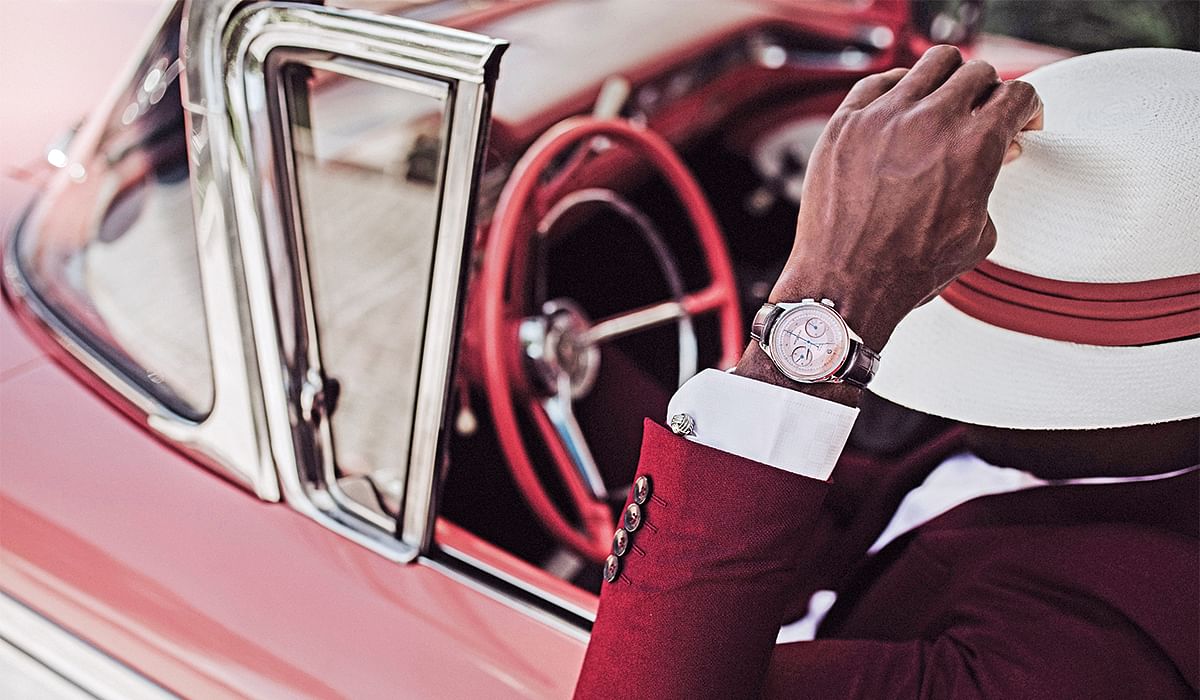 [dropcap size=small]I[/dropcap]nterest in the salmon dial has risen recently, but it remains on a slow burn, unlike blue dials and bronze cases that have surged in popularity. For now, salmon dials are still flying under the radar, and wearing a watch with one is like ordering Fernet- Branca in a bar – it’s a secret handshake between two connoisseurs in the know.

A blend of shell-pink and orange, salmon ranges from a light pastel shade that’s more casual to a darker, more saturated hue, which conveys a more stately air. The reason for its limited uptake concerns the issue of versatility – unlike common whites, blacks, silvers and blues, salmon isn’t quite as easy to match, both to the rest of a watch and to a person’s outfit. Done and worn right, however, there’s nothing quite like it.

The lack of a standard salmon pink has given brands the creative freedom to tweak the colour. Montblanc’s Heritage Pulsograph watch (above), for instance, has a deeper salmon dial with brushed, grained and snailed surfaces that play with light differently. This is matched with printed markings in black and blue for a decidedly vintage vibe. Offering another variation is Audemars Piguet, whose Royal Oak “Jumbo” Extra-Thin uses a shade of salmon that’s closer to yellow gold. The dial is decorated with the manufacture’s signature Petite Tapisserie engraving for a fresh yet familiar version of the Royal Oak.

While it is easy – especially under warm lighting – to classify A. Lange & Sohne’s Datograph Perpetual Tourbillon as another salmon-dialled 2019 novelty, the brand’s reps have emphasised that the watch’s dial is made of solid pink gold, as opposed to being a coloured dial.

While that may be so, the gold dial’s hue does offer a less saturated take on the salmon dial. More significantly, it represents a first for the brand, which traditionally uses sombre silver dials. With these significant players leading the charge, we fully expect this colour trend to spawn further variants in time to come.

(RELATED: [VIDEO] How exactly are the exquisite A Lange & Sohne luxury timepieces put together?)

Time-tellers with faces that are on the pink-orange spectrum.

Can a solid pink gold dial be classified under the salmon family? We’ll let you decide.

Audemars Piguet describes this dial colour as a “pink- gold tone”. Good for those who like their salmon dials with less pink.