It may have been a long time coming, but eco-fashion is no longer a hippie pipe dream. 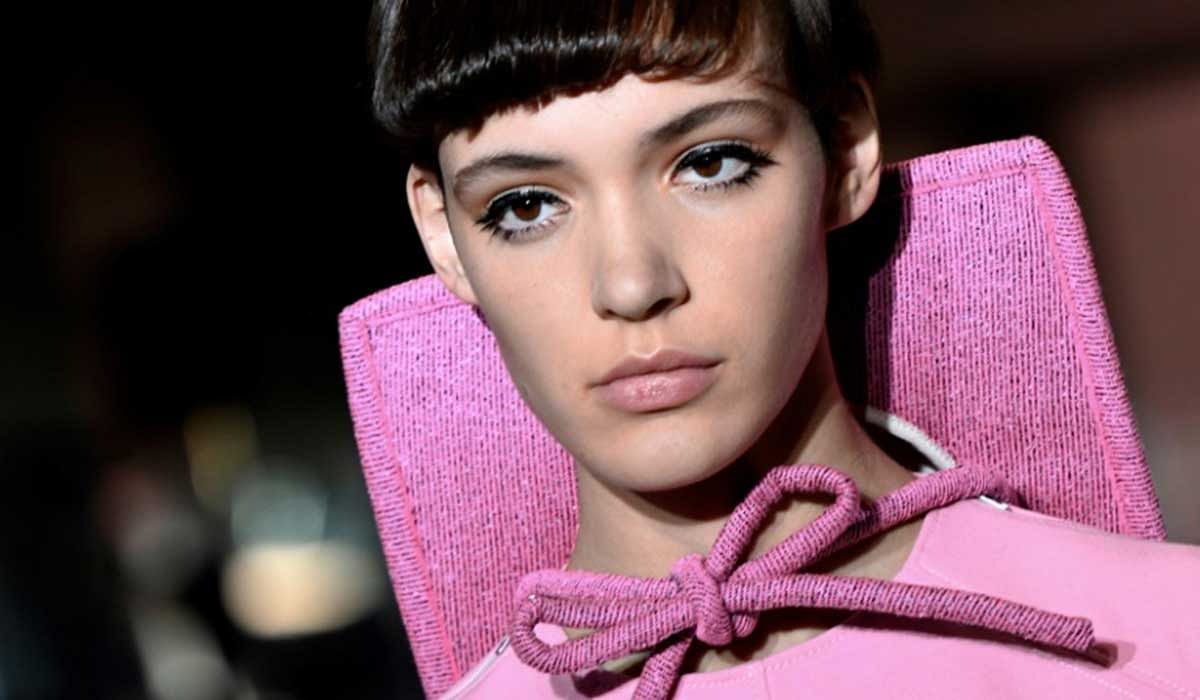 Biker jackets made from pineapple leaves and leather tanned with olive extract rather than hugely polluting chemicals are now within reach, experts say.

Everyone from young avant garde designers to the big-name brands are racing to hop on the bandwagon, with trainers with soles made from recycled plastic bottles already selling by the million.

Last year alone Adidas sold one million of its Parley trainers – made from plastic fished from the ocean – and the German sportswear giant is ramping up production of a range of similarly recycled styles.

And on Wednesday Yolanda Zobel, the new designer at the futuristic French brand Courreges, did the “unthinkable” and declared that she was doing away with the space-age vinyl that has been the label’s stock and trade since the 1960s.

After a final numbered capsule collection called “Fin de Plastique” (The End of Plastic) that will count down its stocks of vinyl, the German will try to source sustainable or recycled versions of the shiny fabric.

Attitudes to eco-fashion have “totally changed in the last few years”, said Marina Coutelan, who helps run Premiere Vision, a hugely influential twice-yearly trade fair in Paris where the movers and shakers of the fashion industry flock in search of new materials and ideas.

(Related: In the world of high-end interior design, bespoke recycled materials are as costly as Italian marble)

With the millennials (those born between 1980 and 2000) now beginning to call the shots in the fashion industry, “we are seeing lots of trendy products from sustainable materials because they have grown up with the idea that we need to be eco-responsible”, says Coutelan.

A case in point are rising stars Rushemy Botter and Lisi Herrebrugh, the Dutch pair who have just been headhunted to take over the Nina Ricci Paris fashion house.

“Sustainable fashion was always talked about,” said 28-year-old Herrebrugh. “Now it is something we can see.”

Their own Botter brand makes hats, scarves and jackets from recycled plastic bags and bottles often found in the sea – a cause dear to Botter, who was born on the Caribbean island of Curacao.

High street chains may still be obsessed with fast, throwaway fashion, but luxury brands are leading the way in trying to rethink the business, said Coutelan.

She points to the French giant Kering, which owns Gucci, Saint Laurent, Balenciaga and Alexander McQueen among others, as one of the pioneers of sustainability.

(Related: Have our recycling efforts in Singapore gone to waste?)

“It has reduced its environmental impact by a quarter and hopes to cut it by 40 percent by 2025,” she said.

Even so, fashion is still by some measures the second most polluting industry the world.

Kering until recently owned a 50 percent stake in Stella McCartney, the label that has pushed the ethical and environmental envelope the furthest, refusing to use fur, leather or feathers.

The British designer uses recycled wool and polyester made from plastic water bottles, and intends to stop using “virgin” nylon entirely within two years and new polyester by 2025.

Invitations for her Paris fashion week show on Monday proclaim that “Green is the new black” and feature a new cartoon where she stars with Minnie The Minx in a story extolling the virtues of regenerated cashmere.

McCartney said that she would like to go faster but “the technology we need to reach this point is not yet available in a sustainable and circular way.”

Meanwhile, the Canadian Marie-Eve Lecavalier has made a name for herself with leather knitwear made from leftover ends rejected by luxury brands.

“It takes a lot of work but the result is great. In North America people waste so much. We have to find another way,” she said.

With tanning one of the world’s dirtiest trades, leather alternatives like Pinatex, which is made from the fibres of pineapple leaves but is equally supple and strong, are gaining ground.

Hugo Boss has already made trainers and Lancel bags from the material, which is being marketed by the British firm Ananas Anam that works with farmers’ cooperatives in the Philippines.

The German group Wet Green has developed a potentially revolutionary line called Olivenleder, biodegradable leathers tanned with an agent made from olive fibres. It is so safe “you can even eat it”, joked spokesman Thomas Lamparter.

For Chantal Malingrey, of Premiere Vision, wholly sustainable fashion “is not yet the norm”. But such is the pace of innovation, she insisted, that the trend is “irreversible”.