3 Singapore Chefs Get Creative with this Hawker Dish

Imagine tucking into a bowl of bak chor mee – but for dessert. 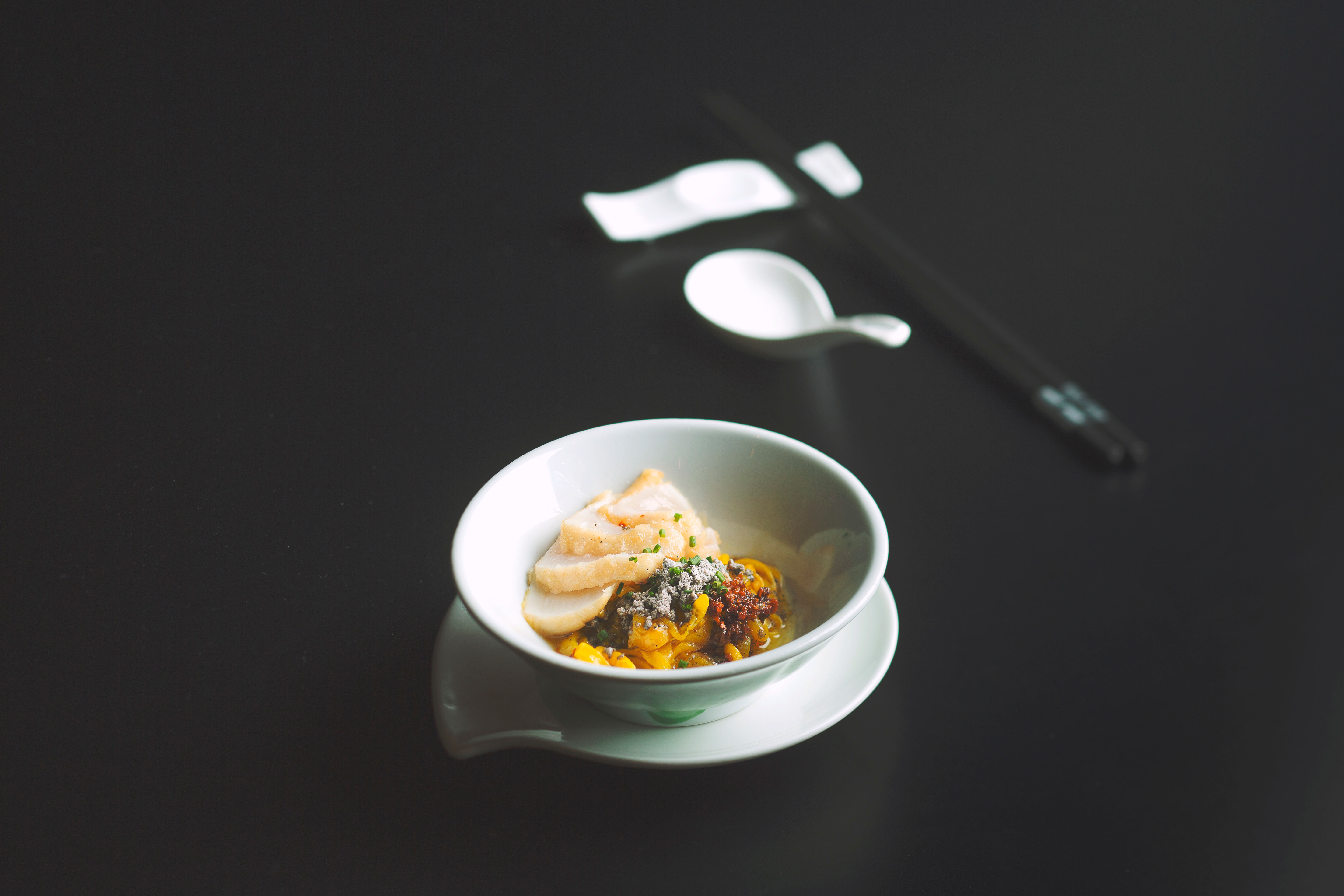 It’s filled many a hungry stomach for revellers after a late night out. Just recently, it got one hawker at Crawford Lane massive queues thanks to the one star his stall clinched in this year’s Michelin Guide Singapore.

But ask Mr Tang Chay Seng, owner of Hill Street Tai Hwa Pork Noodle, about his newfound Michelin star and his response is as candid as it gets: “What we serve is very ordinary; all the ingredients can be bought at the market!”

To be sure, the components of bak chor mee are simple: noodles, minced meat, sliced pork, and pork lard for garnish. The dish started out as purely soup-based, though more hawkers now are serving the dry version instead. At Hill Street Tai Hwa Pork Noodle, for instance, Tang tosses springy noodles in a blend of black vinegar, chilli paste and other sauces to deliver that double hit of tanginess and spice.

Where it gets complex is how one places his or her order: Choose between dry or soup, state the amount of chilli preferred, pick your noodle type (mee pok, mee kia, mee sua, or kway teow), and end off with special requests – no pork lard, more vinegar. While the jury is still out on the best bak chor mee in town, young local chefs are getting creative with this hawker favourite. Here, we check out three joints turning this dish from budget grub to fancier fare.

1) Comfort food at its best 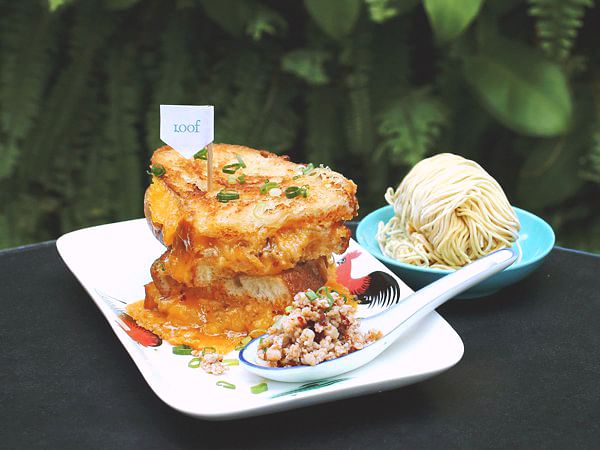 Bjorn Shen, chef-owner of Artichoke and Bird Bird, recently collaborated with the team at Loof rooftop bar to come up with a bak chor mee grilled cheese sandwich. Here, thick slices of house-made sourdough are stuffed with cheese, pork mince and mushrooms for a hearty snack to go with the cocktails. If you’re there early enough to catch the evening light, get your phones ready for the money shot – pull apart the sandwich slowly to see strands of melted cheese oozing out from inside. 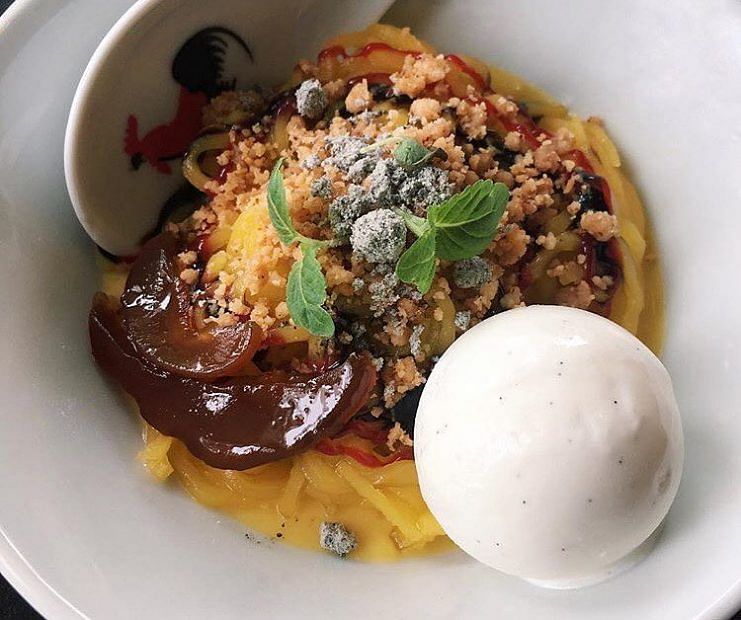 Order a bowl of bak chor mee at Non Entrée Desserts and the first thing to hit you is the whiff of aged vinegar. But that’s the only thing familiar here. As part of a “Back to the Future”-themed menu, pastry chef Francis Wong uses shredded mango and sesame snow to recreate egg noodles and minced pork. The fishball, once you dig in, is really coconut lime parfait. And if you’re one of those who love those precious bits of juicy lard, go for broke and ask for more here; the peanut-sesame crumble is, surely, a healthier alternative.

Count on chef Han Li Guang from Restaurant Labyrinth to do a creative take on bak chor mee. The champion of local favourites uses thin slices of squid, infused with saffron for that rich yellow, as noodles. A whole scallop lightly coated with flour then deep-fried serves as fish cake, while anchovy and tapioca powder act as minced meat in this dish.