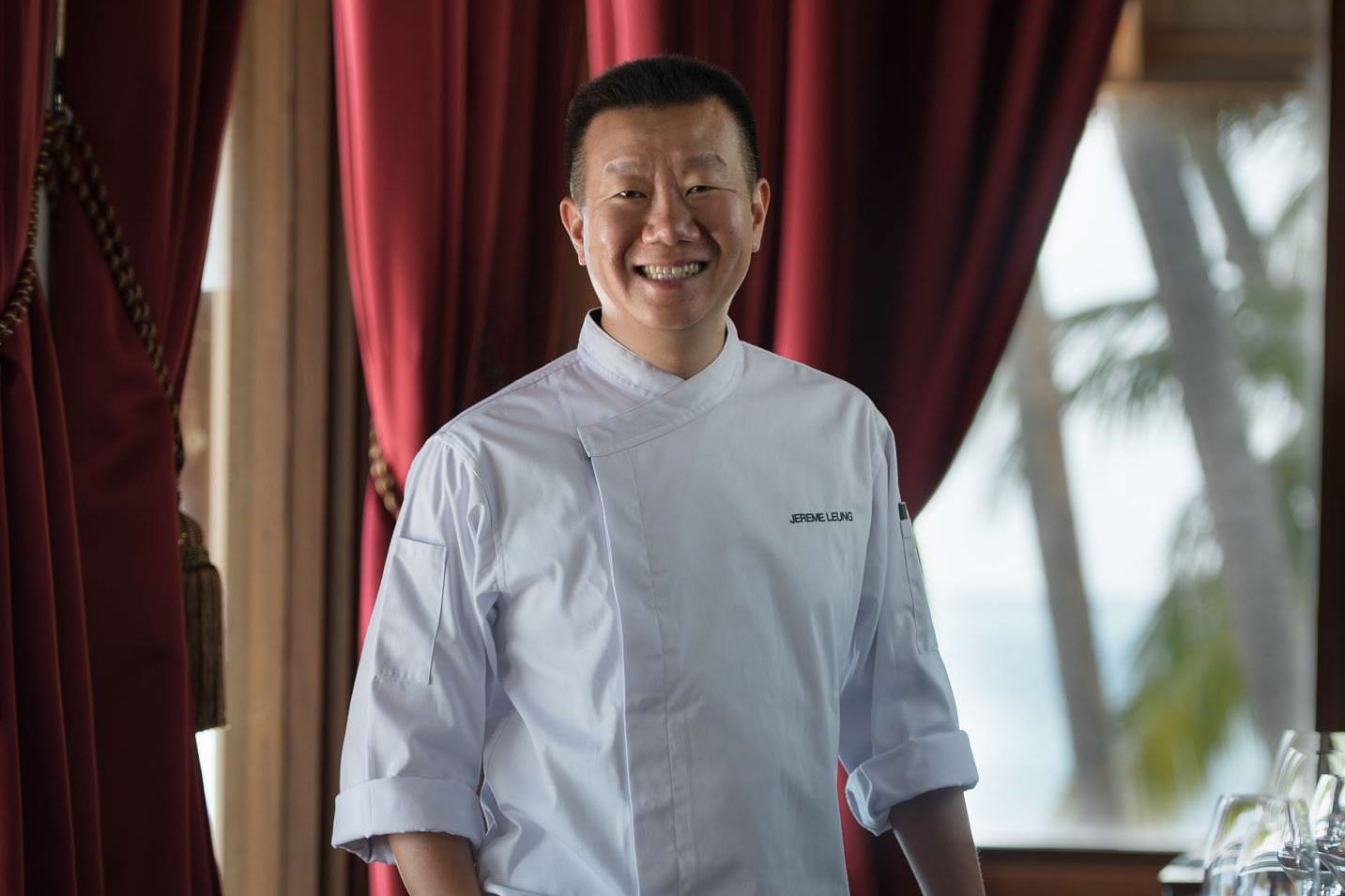 [dropcap size=small]I[/dropcap]f you can make it there, you can make it anywhere. Not in New York but China, where mighty business names have ventured only to flee with tails between their legs. But the country’s sheer marketing potential means there is no shortage of those who will try their luck. For the nimble ones who can negotiate the country’s mine field of red tape, and savvy enough to build up the crucial guangxi or relationship with business partners and clients, the returns are more than handsome.

For a trio of never-say-die Singaporeans, the lights of China’s food and beverage scene have beckoned as early as 2002. With a combination of guts, luck and hard work, they are now veterans in their field, with plans to grow.

When Jereme Leung packed his bags for Shanghai in 2002, the stakes were high. After all, he was the Chinese executive chef at the Four Seasons Hotel and accolades were pouring in. But the offer was too good to refuse. Shanghai was on the fast track to being the most happening city in China; its culinary scene was being closely scrutinised by international trend observers; and he was to be Chef Proprietor of one of the most architecturally iconic buildings on the Bund. The project was called “Three on the Bund” and it came with a challenge: he had to go beyond his past training as a Cantonese chef and pick up Shanghainese cuisine for one of the most purist groups of foodies – the Shanghainese – on their home turf. But the gamble paid off and boosted his fame as chef, restaurateur, entrepreneur, author and media celebrity, making him one of the hottest names in China today.

(RELATED: Meet the creatives who have probably designed a restaurant you’ve eaten in.)

Chef Leung’s take on his success centres on how he views and handles hurdles: “One has to stop trying to convince or change anyone’s mindset, but instead find ways and means to overcome the challenges that come along – achieving results without losing oneself.” Even after 15 years in China, he says, the country still holds culture shocks for him almost on a daily basis. “China is a complex country with a huge population, and experiencing rapid economic growth. This evolution has created a unique set of cultural values and working habits that may seem strange to most of us.” It took him many years to adapt.

Chef Leung, 46, started his career at an early age. At 24, he was Chinese executive chef at the Mandarin Oriental Surabaya. At 31, he became part owner of Three on the Bund, and at 37, full-time boss of Jereme Leung Concepts. It was a matter of seizing the opportunity at each stage, and entering the fray fully mindful of the challenges ahead. One of the difficulties of being on his own was navigating China’s tax and other systems, which were very different from other developed countries. Many new investors and businessmen to the Chinese market find this a challenge. Chef Leung’s advice cites the Chinese proverb: “mozhe shitou guo he” or “to wade across the river by groping for the stones.”

Today he owns a company comprising four business divisions that focus on restaurants, online and offline retail, brand events and media including television cooking shows. He is one of the judges on the highly acclaimed TV series Masterchef in China. He also lends his name to concept restaurants in Shanghai, Manila, the Maldives and aboard the MSC Splendida, a 4,000-room cruise ship in the Mediterranean.

He believes in making gradual, but relentless, progress when it comes to his business. “It works better for me making small baby steps over the years and continuing to do so. But we are certainly over the stage of a startup company where we were worried about the future.”

He adds: “Satisfaction comes from the fact that I’m able to have the artistic freedom to create F&B concepts, and decide on the projects that allow my team and myself to develop. Unlike working for MNCs, the decision making process is now simplified and much more satisfying.” 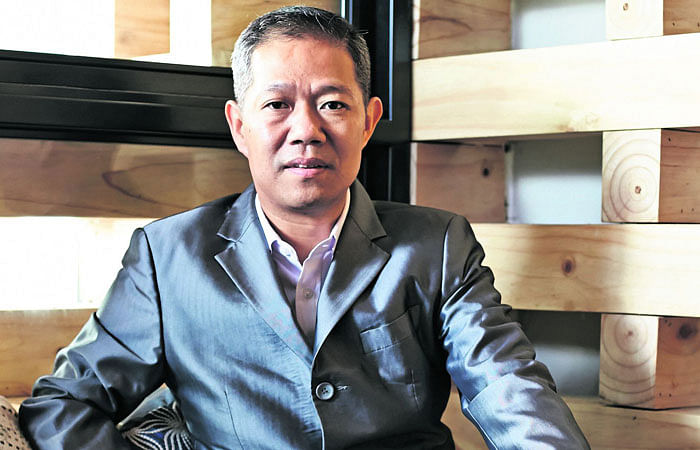 Jackie Zhang, 44, started as a kitchen apprentice at 16. He worked his way up to the post of executive chef in a five-star international hotel, director of its F&B department and subsequently its General Manager. This rise was fuelled by his passion for cooking. When he took stock of his career after being in the business for some 30 years, he realised it was time to venture out on his own. “If I continued to stay on, I would be in the same position for the next 20 years,” he mused. He has been his own boss since.

He arrived in Guangzhou in 2006 as one of the pioneer team members of the Shangri-La Hotel, becoming an executive sous chef. “I was new to a lot of things,” he recalls. “There was a pile of paperwork – market lists, menu design, team recruitment, market surveys, etc – on my table. I didn’t know where to start!” The hotel was still under construction and the nearest food outlet was two train stations away. He also had to recruit and train 300 chefs, most of whom were inexperienced and lacked Western culinary skills. He drilled them on the fundamentals in between episodes of electricity blackouts and burst water pipes.

But being forced to be a hands-on management executive had its advantages: he is now familiar with the ropes of starting and running a business in China. “Doing business in Xiamen is not difficult. The government here is efficient, but building a team with good attitude and mindset is challenging,” he says. “Negotiating with landlords and looking for the right suppliers can be a chore; and dealing with different bureau officers is time consuming. But these are challenges we face daily. We just have to adapt to the local culture.”

He is the owner of a chain of coffee and bar joints called CO2 in Xiamen, Fuzhou, Chaozhou and Quanzhou. CO2 is a loft-style concept that serves Western food from pizza and pasta to salads, sandwiches, steaks and artisanal coffees to a young and trendy urban clientele. This approach has proven remarkably successful especially in second and third-tier cities. The spending power of the population of these emerging cities is growing. There are now five CO2 outlets and counting. Mr Zhang was also first restaurateur to introduce Italian thin-crust pizza to Chinese hipsters more familiar with thick American-style crusts. He has also received funding of RMB5 million (S$3 million) to develop another chain restaurant named US Fresh & Chips.

The key to success in China, he says is “when there is a will, there is no fear”. Being a businessman is not easy especially when one is a foreigner; one needs to be self-motivated, aggressive, ambitious and resourceful, all at the same time. The biggest satisfaction for him is the support of his family. “My family supported me and made certain sacrifices so that I could pursue my dream as an entrepreneur. In fact, I might bring a couple of Chinese F&B concepts back to Singapore as an excuse for my 8-year-old son to return to further his education.”

Restaurant Owner and Entrepreneur
Based in Beijing

William Ding, 45, already knew food and beverage ran in his blood. As a child, he played in his grandfather’s kopitiam in Jalan Besar. He grew up with a love for food and cooking; more than that, he was a natural mixer who enjoyed entertaining friends and making new ones. One day, the marketing and communications executive was chatting with a friend, a Chinese national living and working in Singapore. They spoke about starting an F&B business together and in 2011, talk turned into action.

They discussed what business to go into and where to locate it. Since his friend had already returned to China, that was their top choice. Besides, the duo felt that Singapore was too saturated and expensive to start a business. Mr Ding subsequently made several trips to China, exploring different cities including Shanghai and Beijing. He settled on Beijing since there weren’t many Singapore-themed restaurants there. Also, the city would have opportunities to extend his career as well as his business. He packed his bags for the capital in 2012.

Initially, he had to adapt to local culture and living standards. Even though he spoke Mandarin, the form and nuance of expression were different. The majority of the population in Beijing was made up of different dialect groups that had migrated to the capital to seek a better life. Like Singapore, it too was a multi-cultural society. Assimilating into such a society took time – but it was relatively easy. On the other hand, working on a new startup business, especially for a foreigner, was draining as rules and regulations kept changing.

When Mr Ding started Vanda Room, a restaurant on the outskirts of Beijing’s CBD belt, it served Singapore favourites such as chilli crab, laksa and Hainanese chicken rice. He had limited resources to hire the optimal number of employees, so he often had to multi-task to ensure smooth operations; eventually Vanda Room became the unofficial meeting point for expat Singaporeans in Beijing. Being an early entrant had its advantages and with perseverance, he began to see rewards. The Singapore Tourism Board in Beijing took to engaging Vanda Room to participate in their official events and shopping malls came a-calling.

Vanda Room was also turning out to be, for him, a good networking tool: “I met businessmen, bankers, lawyers and new friends; and in turn they helped to open new opportunities, directly or through word of mouth.” Today, he is in the midst of opening a second F&B outlet in a shopping mall.

Being a small setup has its own advantages, too. “It taught me to be more observant in identifying problems. Nothing beats being hands-on in learning the ropes of business and applying it in decision-making and troubleshooting.” He is also developing sauces for retail, proudly declaring “we make most of the sauces, such as laksa paste, in-house, and some of my customers claim that our laksa is even better than most found back home.”

He is optimistic about his business in China. He says: “Singapore food appeals to most Chinese because the origins of our food lay mainly in southern China. They identify with staples such as rice, noodles and certain stir-fried dishes, so they can appreciate what we do.”