Maverick winemakers are making it easier than ever to plot great appellations on the map. 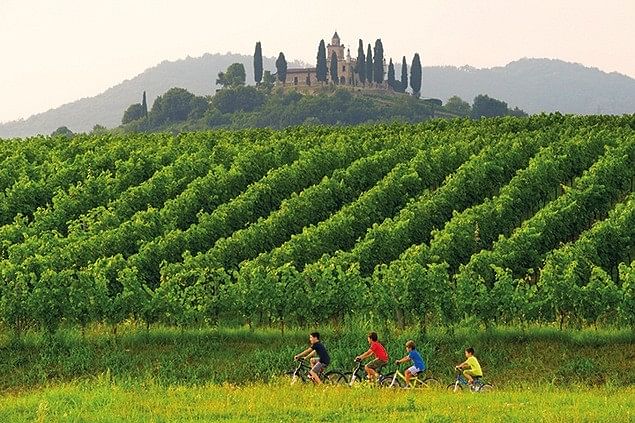 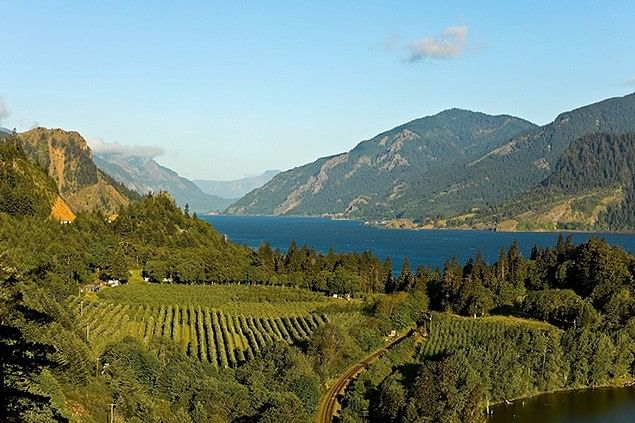 The days when wines from the Pacific Coast of North America were the preserve of oenophile jokes has long gone, not least around the greater Columbia Valley, which straddles these two fresh-faced wine-producing states. Settled by the Hudson Trading Company as a trading outpost in the 1840s, the area has bloomed into a series of tree-lined farming communities where wheat fields and rolling hills fringe the horizon.

Famed for its diverse terroir – the valley lurches from desert-dry to dewy and cool – the Walla Walla appellation has given rise to more than 120 bumper-to-bumper, manicured vineyards. Cult wineries to look out for include the famous five, original practitioners like Leonetti Cellar, Waterbrook, L’Ecole No 41, Woodward Canyon and Seven Hills, as well as younger upstarts like Gramercy Cellars, Figgins, Sleight of Hand and Kontos Cellars. All told, they’re giving winemakers in Sonoma and Napa in California serious food for thought.

Champagne has long been a reason to visit the north-east province of France, while cava teases wine lovers in search of light, aromatic bubbles over the border to Catalonia in Spain. But who plans a wine-tasting around La Strada del Vino Franciacorta? Not many, but soon the secret will be out about this sparking wine-producing region on the pillowy hills between the southern shores of Lake Iseo and Brescia near Milan.

The key is mineral-rich growing conditions and a longer bottle-gestation period, imbuing a creaminess and tenacious complexity not found in tank-fermented Italian Prosecco. Unlike non-vintage Champagne, often in contact with yeast for 15 months, Franciacorta can only be harvested a minimum of 25 months later. With a strategy like this, the global spotlight beckons – but only with the Italians’ blessing; they have a knack for keeping the good things to themselves. 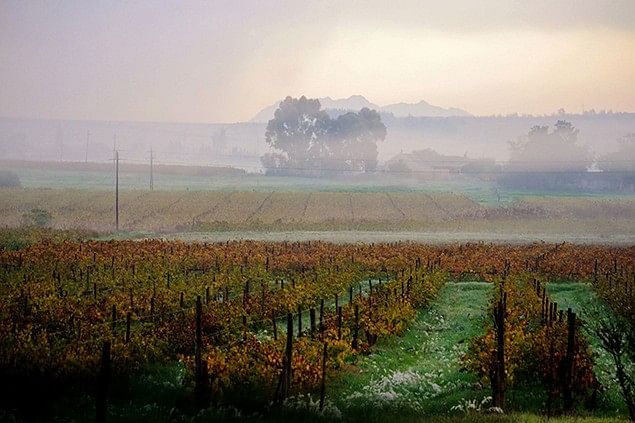 Once overlooked for the more fashionable wine-producing areas of Stellenbosch and Franschhoek in the Cape Winelands, Swartland’s maverick winemakers, based around 50km north near Malmesbury and Darling, have decided to change the philosophy of South African wine from the ground up.

To do so they’ve created dynamic, indigenous flavours – otherwise known as “bush wine” – despite blistering-hot, drier summers, and a landscape riddled with rock-strewn soil. A surprise to many, varietals such as Cabernet Sauvignon and Sauvignon Blanc are yielding velvety bumper harvests of citrusy Chenin Blanc and out-there, zingy grape blends. Remember, it’s a burgeoning wine area, so tastings are often by appointment only: a handful to try are Mullineux & Leeu Family Wines, Sadie Family Wines and AA Badenhorst Family Wines. 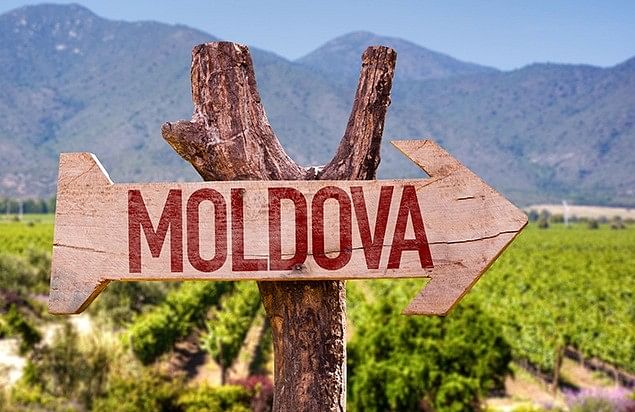 The bucolic Rose Valley slips south of the capital through fruit orchards and fields, before stopping abruptly at the showpiece fortress crenellations and gates of Milestii Mici, the biggest wine cellar in the world. Hidden underground, beneath a crease of rolling hills, it’s a cavernous warren of 200km-long limestone tunnels, filled by the barrel-load with more than two million vats and fruity bottles of aged Cordu and robust, plummy Merlot and Cabernet.

(Related: Is blue wine the next big thing?)

In truth, the record-breaker is more an underground wine city: the tunnels are so big the vintners only make use of 55km and have room for a further one million additional bottles. After a quick tour – by car, of course – tastings are set up in a mediaeval, tapestry-hung banquet hall fit for a monarch. Appropriately, Queen Elizabeth II has ordered bottles for the past quarter century and – so the story goes – Russian cosmonaut Yuri Gagarin got so inebriated in the 1960s he couldn’t find his way out until two days later. 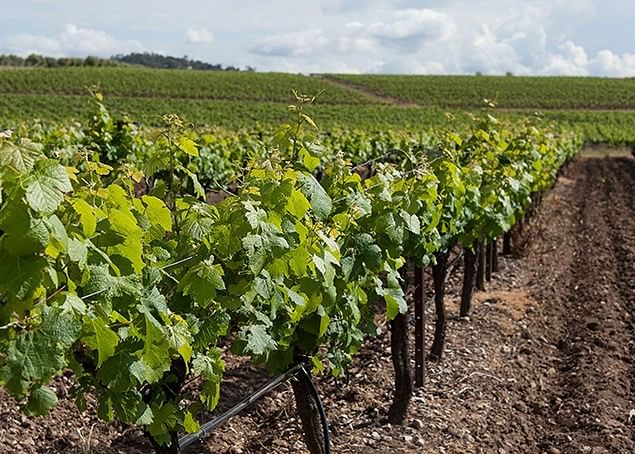 There is no secret ingredient behind the growing success of Tasmanian wines. The Clare and Barossa Valleys outside Adelaide in South Australia, and the Hunter Valley in New South Wales, produce the lion’s share of deep-bodied Shiraz and lemony Riesling, allowing the 160-plus different producers across the Bass Strait to go unnoticed.

Such good fortune has suited them just fine. Soils produce deep reds and subtly textured whites, all with a region-specific root. To the north, in the river canyons of the Tamur Valley – the oldest and largest wine growing area on the island – viniculturists specialise in crisp Sauvignon Blanc and oak-scented Chardonnay. To the south, fanning out around Hobart, are the glorious wine-producing valleys of Derwent, Coal River and the European-style wineries situated on the shores of the D’Entrecasteaux Channel. If you describe it as honest wine, then you know it’s already won you over. 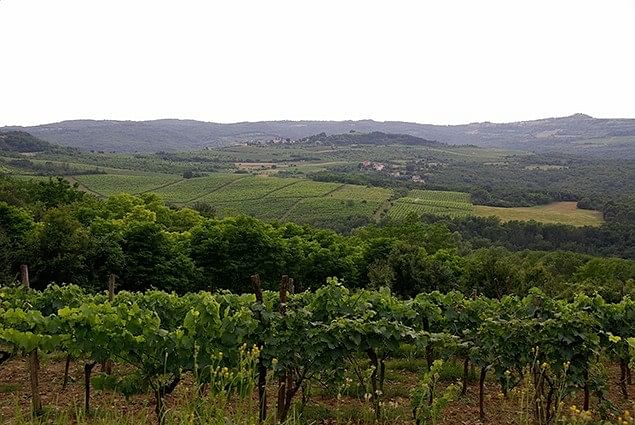 This tooth-shaped Adriatic peninsula has all the same climatic and geographic perks as Italy – hot sun, rich soils, salty air, bountiful fruit orchards – but far less demand for their bouncy Mediterranean reds and Malvasia Istarska, a strange fruit, yet the most-widely planted grape in Istria.

Realising they were missing a trick, winemakers pared back their once scruffy vineyards, making vines work harder than ever to survive. It’s a strategy that has paid off, creating perhaps Europe’s most underrated wine tour: picturesque hilltop towns, pine-wooded hills, olive grove-strangled farmsteads, and culinary festivals where citrus-ripe whites flow long through the night and into the next day. What are you waiting for?