Getting a drink on demand is now easier with these subscription models. 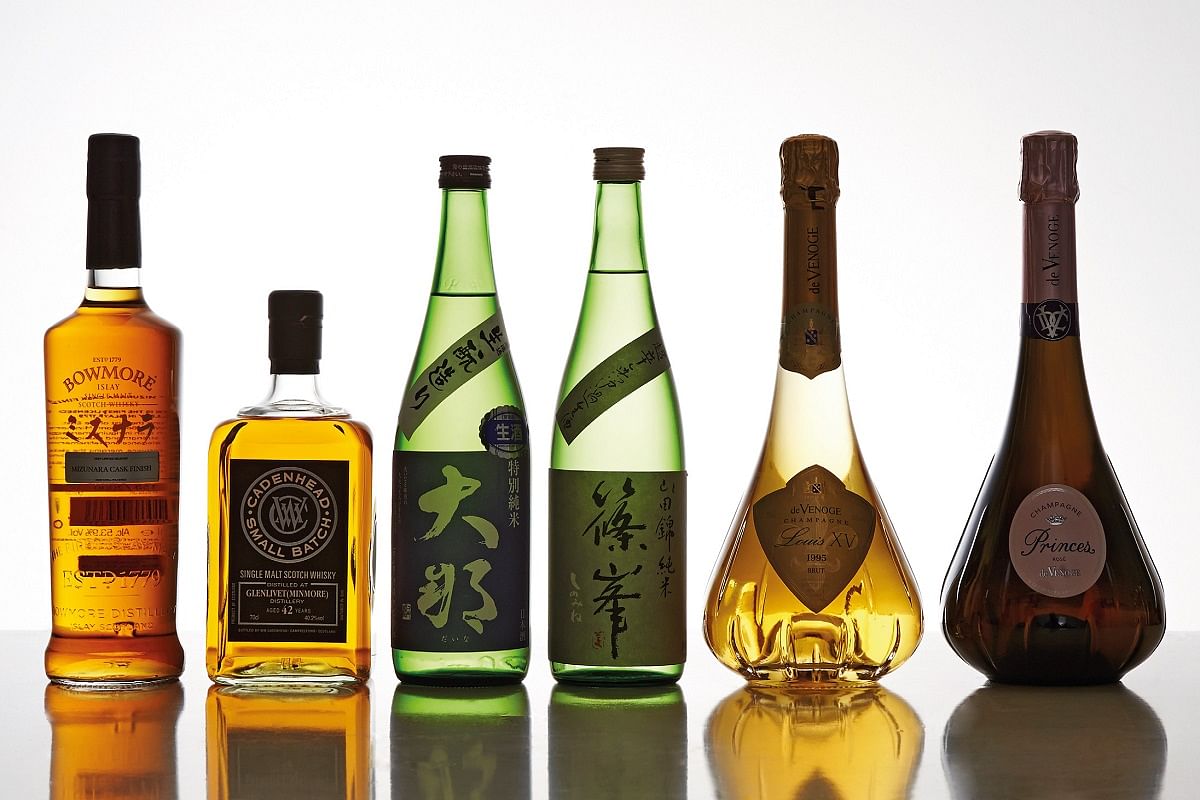 [dropcap size=small]W[/dropcap]ant to usher in an early Christmas? Alcohol subscription boxes are a way to go, as more local players introduce rare wines and spirits to the mix.

It started in 2013, with Singapore-based The French Cellar bringing in wines cherry-picked by Nicolas Rebut, former chief sommelier at three-Michelin-star restaurants Le Meurice and Louis XV in France.

Subscribers choose from four packages that span lesser-known labels to premium wines, and two bottles are sent to their doorstep monthly.

Five months ago, Whisky Butler entered the scene. Co-founder Benjamin Tan says: “In the past, the only way to try a certain whisky would be to order a glass at a bar, or buy a bottle to share with friends.” So he started a subscription model where members pay a monthly fee between $74 and $88 for four 20ml sample bottles delivered monthly.

Depending on the selected plan, users enjoy perks like getting first dibs on Tan’s best finds (we hear he has a 42-year-old Glenlivet Minmore by independent bottler Cadenhead). Each month’s selection follows a theme, so it could be the oldest independent bottlers one month, and Japanese whisky in another. Members can purchase a full bottle, if they enjoy the samples.

Meanwhile, sake subscription service Sakemaru offers premium members the use of its specially designed cellar – made entirely of snow – in Niigata, Japan, for the maturation of two bottles of unpasteurised sake for a year. On top of that, they get two different 720ml bottles of seasonal unpasteurised sake delivered monthly.

“Unpasteurised sake is hard to get in Singapore because production is limited and it is very difficult to transport, since it has to be kept chilled to its destination,” says Taichi Abe, founder of Sakemaru. He adds that pasteurising sake removes its freshness and fruitier aromas, so flavours become more mellow.