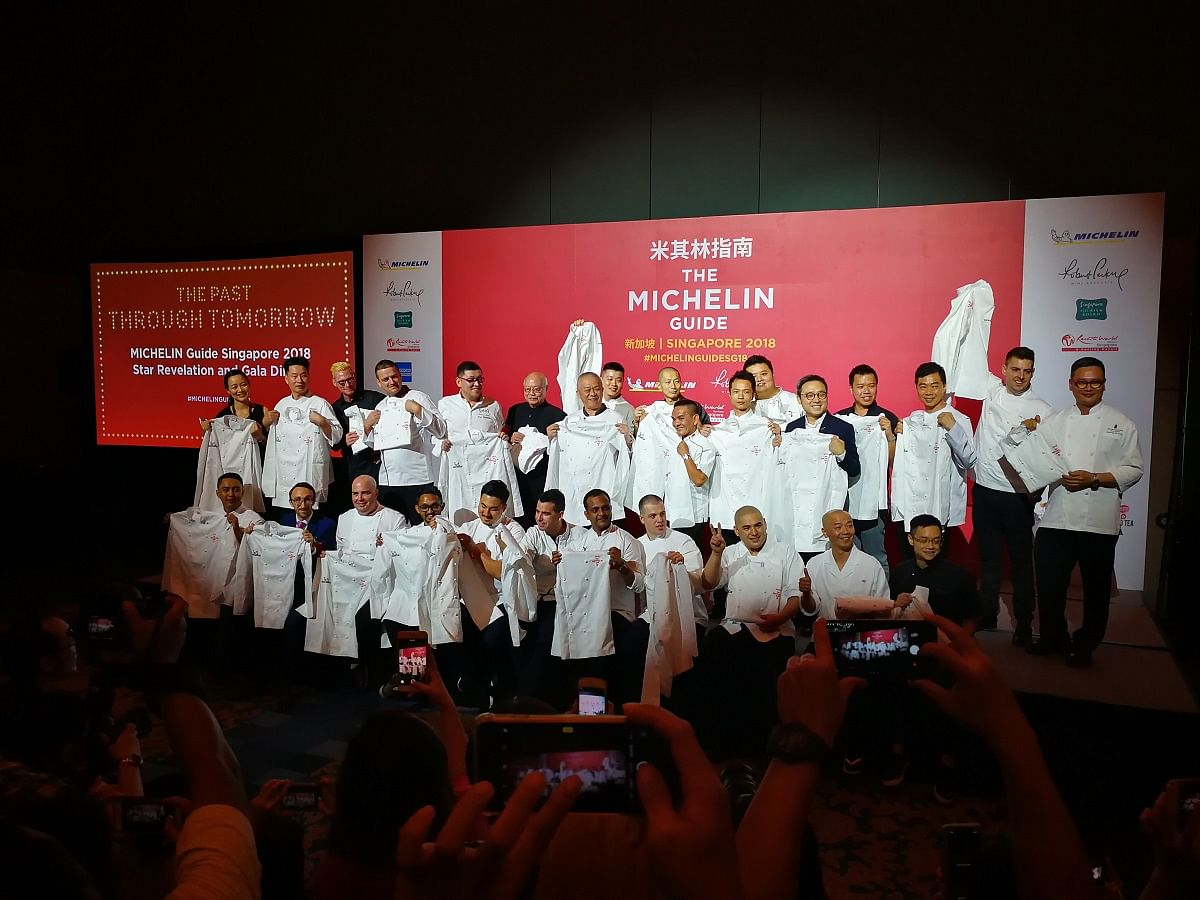 [dropcap size=small]A[/dropcap]s with each iteration of the Michelin Guide, the collective breath of foodies and industry players alike are held on Gala Night in anticipation of entrants, exits and movements up and down the vaunted list. This year’s list comes after high-profile departures (namely Joel Robuchon, who ran the only three-starred establishment in town, and Andre Chiang, whose two-starred Restaurant Andre consistently held down top spots on other awards platforms).

(RELATED: The 2018 Bib Gourmands were announced last week – here’s our comprehensive picture guide to their offerings.)

The full roster of 1-starred restaurants on stage at the gala night on 25th July, 2018.

Jubilant chefs from the 1-starred restaurants.

(RELATED: In the meantime, check out our chat with outgoing International Director Michael Ellis.)

On top of the stars, Michelin is this year honouring a series of food personalities and chefs who helped to shape the food scene in Singapore in its nascent years. They are: Jenny Yap and Raymond Ou Yong from Guan Hoe Soon Restaurant, Hooi Kok Wai and Chris Hooi from Dragon Phoenix Restaurant, Roland Lim and Justin Lim from Roland Restaurant, and James Loy and Jane Tan from Loy Kee Chicken Rice.

(RELATED: Curious about last year’s winners? Check out our 2017 coverage.)