Diageo rolls out initiatives that include private client events at its ‘Johnnie Walker House’ and the ‘Cask of Distinction’ investment programme. 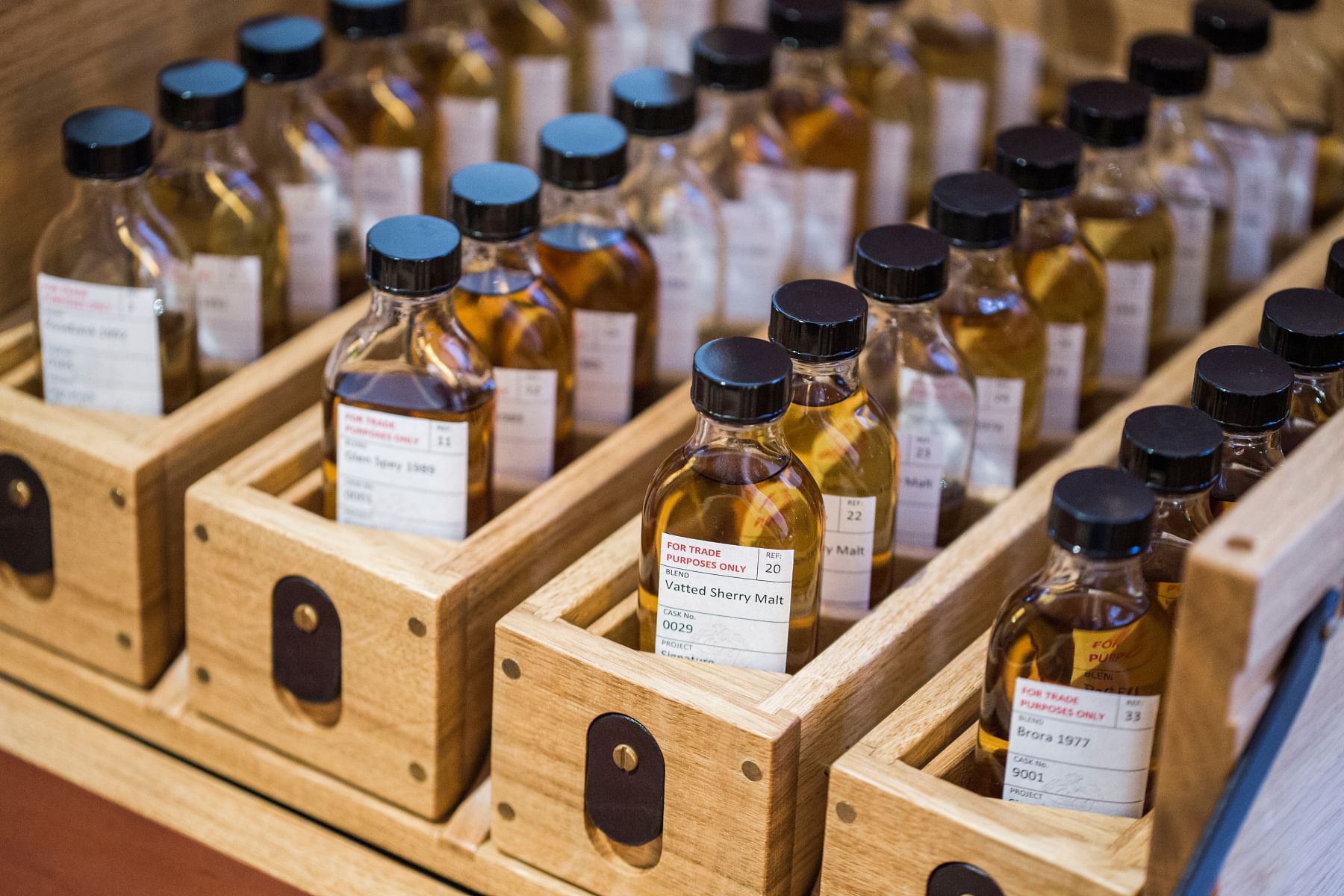 You’ve heard of wine investing. Now consider yet another investment of passion – whisky.

Rising affluence in Asia is whetting appetite for high-end whisky for collection, personal consumption or as an alternative investment.

Sensing an opportunity, Diageo, the world’s largest alcohol beverage company, has rolled out a number of initiatives. It has for instance hosted a number of private client events in Singapore at its “Johnnie Walker House“, a suite with a view of the Singapore River.

Clients may invest in a “Cask of Distinction”, a programme where Diageo releases single malt Scotch whiskies which are deemed to be unique and rare. The cask is made available for purchase before bottling, while it continues to mature in Scotland. Clients may also tap the expertise of a master blender flown in from Scotland, who can create a signature blend to suit their tastes.

Says Diageo managing director (Southeast Asia emerging markets) Apurvi Sheth: “Globally, we saw that consumers were looking at high-end whisky, blends and malts to collect or enjoy. They ask us to build whisky cellars, or seek advice on gifts and investments. We’ve seen a significant step change in investments.

“As an investment and asset class, we see – based on trends in the secondary market – double-digit growth ahead of other categories of investments. And we see an increase in whisky funds.” 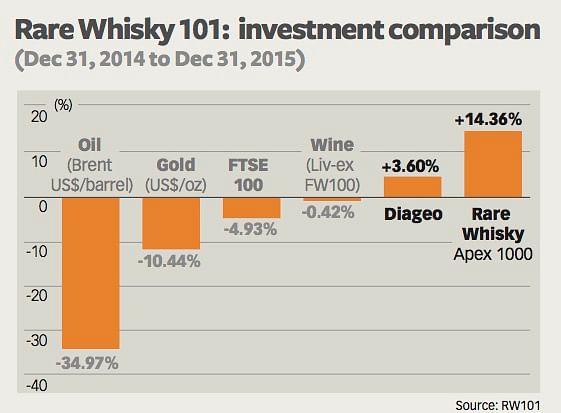 Investable or collectable whisky has a number of characteristics. This class of whisky is deemed to be rare, particularly if it comes from a “silent” distillery that has been shuttered. Age, the distillery location, the fermentation time and the oak cask are some of a complex play of factors that influence taste. As Diageo says on its “whisky flavour map”, every whisky has its peak maturation point. Younger whisky has a more distillery character; older whisky is more heavily influenced by the cask. Liquids from silent distilleries boast a rarity factor that enhances price appreciation.

Diageo owns 28 operational and 11 silent distilleries. Its distilleries feature prominently among rare distillery lists. Among the most highly valued and coveted names are Port Ellen, Brora and Rosebank. James Mackay, Diageo head of private client sales, says of liquid from closed distilleries: “There is no new aged stock. So we have a finite supply that is getting rare. Those distilleries closed down for economic reasons in the early 1980s when there was an oversupply of aged whisky, or for practical reasons. Some distilleries were sited in the middle of cities.”

According to the Scotch Whisky Association, annual sales of single malt whisky have nearly tripled from US$390 million (S$524 million) to US$1.1 billion over the past decade, but whisky production in the 1980s did not scale up in anticipation of demand for aged single malt whiskies, particularly from Asian investors. There is thus a dearth of spirit aged 30 years or older.

In its 2015 annual report, RW101 says two of the most crucial factors in determining the right bottle for acquisition are age and vintage. “The older the age, and the earlier the vintage, the better. Even poor quality old aged and/or vintage Scotch is becoming increasingly valuable.”

Diageo’s private client events are by invitation. For its signature blend programme, the price of blending your own whisky may start at over S$220,000. A master blender is flown in, and over five to seven hours, clients take part in tasting samples and blends before arriving at one that suits them. The client may decide when the blend is to be bottled.

In addition to buying bottles directly, investors may also look at whisky funds. Hong Kong saw the launch of the Platinum Whisky Fund in 2014, which has assets under management of an estimated US$10 million. The fund was expected to pay its first dividend this year of between 5 and 10 per cent.

(Related: Yamazaki Sherry Cask 2016 has the makings of another hit.)

In Singapore, there is also the B28 Whisky Fund, set up by Mike Soldner. The fund has assets of S$1 million from just about a handful of investors. The vehicle is structured as a company, and investors are shareholders. The minimum investment is S$25,000.

This type of investment is unregulated. Just as investors have been burnt in wine investment funds, there are also cases of whisky investment fraud in the UK, for instance.

B28 has a three-pronged investment strategy. The first tier comprises purchases of quality bottles where supply is limited but “not extremely expensive”, says Mr Soldner. This tier is actively traded to generate revenue for the fund. The second tier comprises single cask purchases that are exclusive to the fund. The third comprises rare whisky where the strategy is to buy and hold.

The fund’s largest purchase so far is a cask of Lagavulin 200th anniversary special release, at a cost of S$290,000. An annual management fee of 5 per cent is charged. It expects to pay a coupon to early investors, generated from sales of stock. The expected life of the fund is 10 years. Those who want to exit, however, will have to do it by selling shares to other investors, or by trading their shares in for inventory “at the lowest cost price”, says Mr Soldner.

Investing in whisky is not without risk, as RW101 points out. The firm compiles negative indices which measures losses from the worst performing bottles. At end-2015, the Neg1000 Index was down 45 per cent since inception in 2010. The Neg250 and Neg100 indices also closed the year at record lows.

Its report cautions: “The inexperienced investor risks pocket-punishing losses should the wrong bottles be bought.”

It adds that the increase in numbers of inexperienced investors looking at buying new-make spirit is worrying.

“The market for older casks of quality liquid from top-tier distilleries, in our opinion, will continue to go from strength to strength. However, we’re advising our customers against buying new-make from less desirable single malt distilleries or new-make single grain. Rarity and quality, again in our opinion, is crucial when looking at casks.”