The head chef of The Black Swan has a new menu that hits the spot. 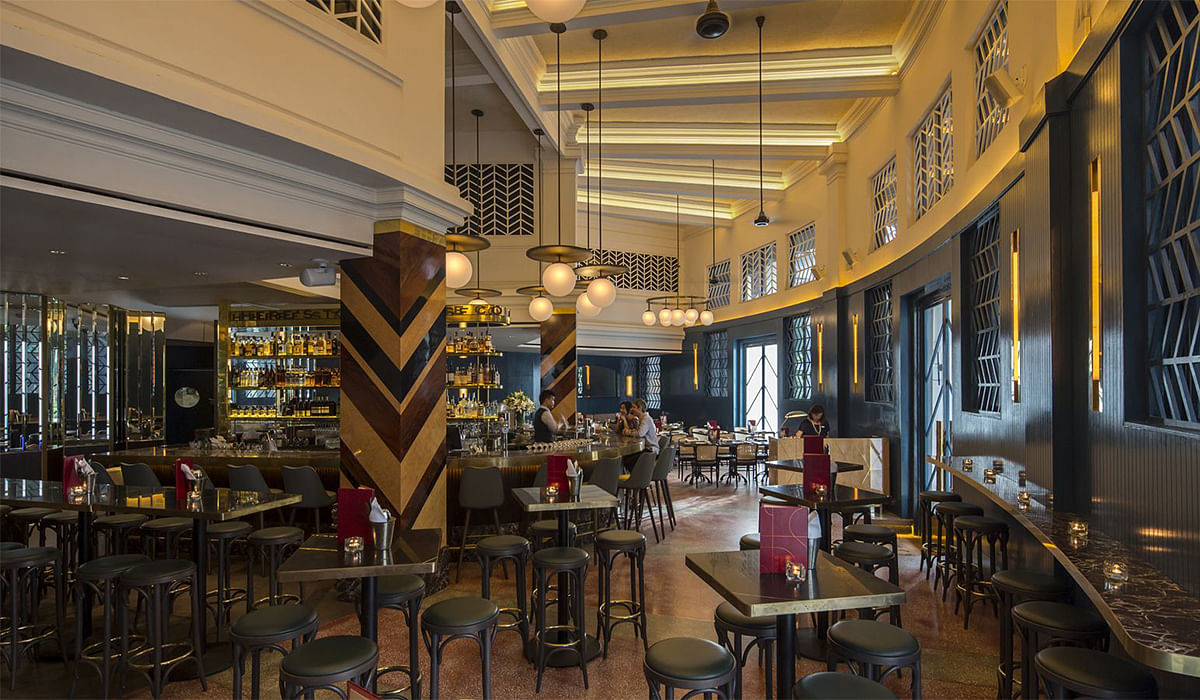 We smell something at The Black Swan. Not so much food, but fear – our fear. The kind that idiot cousins from the remote plains of wherever (in our case Toa Payoh) feel when they leave their comfort zones to come visit their more sophisticated kin in the financial core of the city.

This is where the power lunches are, although not in the form of pow-wows between CEOs in suits with unlimited expense accounts anymore. But money is definitely what fuels this crowd – from the MMA-sculpted bodies stuffed into business shirts mixing testosterone and market talk over a quick bite and beer, to the weedy startup guys in the corner talking Series A funding and possibly world domination.

And then there’s us – thinking that maybe we should slip out our own staff passes to have something in common with the rest of the smart set with special ID to get into their fancy skyscraper offices.

Never mind. We stick our faces into more familiar territory – the menu. The Black Swan has been around for some six years now and the food has evolved through the years. The only thing that hasn’t is its look. When it was new, its deliberately retro, Art Deco counterpoint to the concrete and steel outside looked totally of the moment. Maybe because it’s become such a familiar outpost in the area, it’s starting to look a little tired – at least in the day. We can imagine that once darkness sets in and the lights turn down low, the market talk stops and nobody notices.

The Black Swan is helmed by Ms Chan, formerly of Crackerjack and Wolf.

While addictive Venus Clams are cooked in a creamy, savoury, briny, beer-infused broth.

That’s the time to appreciate the cooking of newly installed chef Alysia Chan, last from the now-defunct Crackerjack and Wolf (with a detour through Meatsmith), which explains her penchant for hearty meats as well as wholesome, holistic food. The new menu puts an emphasis on minimising food waste, responsible sourcing and secondary meat cuts – all of which would easily go over the heads of a crowd that’s not paying attention, so there should be something in there that spells it out for them.

Otherwise, how will anyone appreciate that the addictive venus clams (S$24 from the a la carte lunch menu) are cooked in a creamy, savoury, briny, beer-infused broth that makes use of the foamy dregs at the bottom of a beer keg that would otherwise go to waste? The beer is a welcome lift to what could easily become thick and cloying – but instead you want to savour it like a creamy shellfish broth that’s just slightly too salty from the bacon bits. Two triangles of crunchy sourdough are there to soak up all the goodness and the clams are perfectly fresh – small but meaty.

For a healthier boost, broccoli and avocado salad is part of the set lunch (S$45 for three courses) – it’s more like a composition of salad ingredients with no dressing, yet it all comes together with the firm bite of broccoli florets, creaminess from sliced avocado, saltiness from feta cheese, crunch and sweetness from granola bits, and pomegranate seeds that just come along for the ride. If you’re wondering what happens to the stems of the broccoli, they’re blended with other ingredients to make a broccoli pine nut hummus, so they don’t get tossed out.

(RELATED: This is how Singapore restaurants are minimising food waste)

Meanwhile, an extra S$9 supplement for the lobster main course is a good investment because you get a good-sized half of a Maine lobster, not some puny little specimen. The big, fleshy claw meat has been conveniently extracted from its shell, leaving you with the easy job of easing the rest of the body out.

Again, freshness is a plus, but if you want to quibble, there’s a slight dryness in the claw and lobsters here generally don’t have a lot of sweetness. That’s where the spicy romesco sauce plays a pivotal role – not just to brighten up the lobster but also to pep up the bland black bean and corn risotto.

There’s a vegetarian option in the form of charred sugarloaf cabbage (S$24) but we’re not enamoured of it, and it’s not because we discriminate against brassicas. There are just too many things going on here – a big wedge of thick leaves charred black on one end and covered with crispy quinoa; creamy polenta that can’t decide whether to be cheesy or not and ends up just bland; and little dots of some kind of tomato pesto on the side like eager hangers-on either trying to help or get in the way.

It’s as if someone’s a bit embarrassed to serve just cabbage and ends up trying to hide it with everything else. We remember a really good cauliflower steak with mushroom sauce and a sous vide egg from before – they should bring it back.

That failed attempt to make cabbage our friend drives us towards the vintage wagyu rib eye (S$60) which envelopes us in familiar, charred-on-the-outside, rare-on-the-inside territory, where we celebrate the reality of meat and not its pea-based equivalent.

(RELATED: Why diners get 6 different steak knives at The Black Swan)

Top it with a smear of the oozy, soft-roasted garlic to sweeten its meaty disposition, and add a drizzle of well made peppercorn sauce.

Desserts (part of the set lunch) hit the spot – juicy roasted pineapple topped with lovely brown butter ice cream with a toasty butteriness and a bare hint of salt; and a just-as-good Twix tart named after the chocolate bar but you wouldn’t make the connection as it works just fine as a too-hard cookie crust filled with sticky chewy chocolate ganache and boozy cherries.

With her background of cooking from the heart and for the greater good, it might be a challenge for Chef Chan to win over an audience with other things on their mind, but once she gets their attention, we’re pretty sure they’ll put their money on her.

(RELATED: 4 Singapore-based chefs summarise the country in a dish)