David Yip’s new restaurant plays tribute to the Golden Age of Lingnan cuisine with its exploration of Cantonese fare. 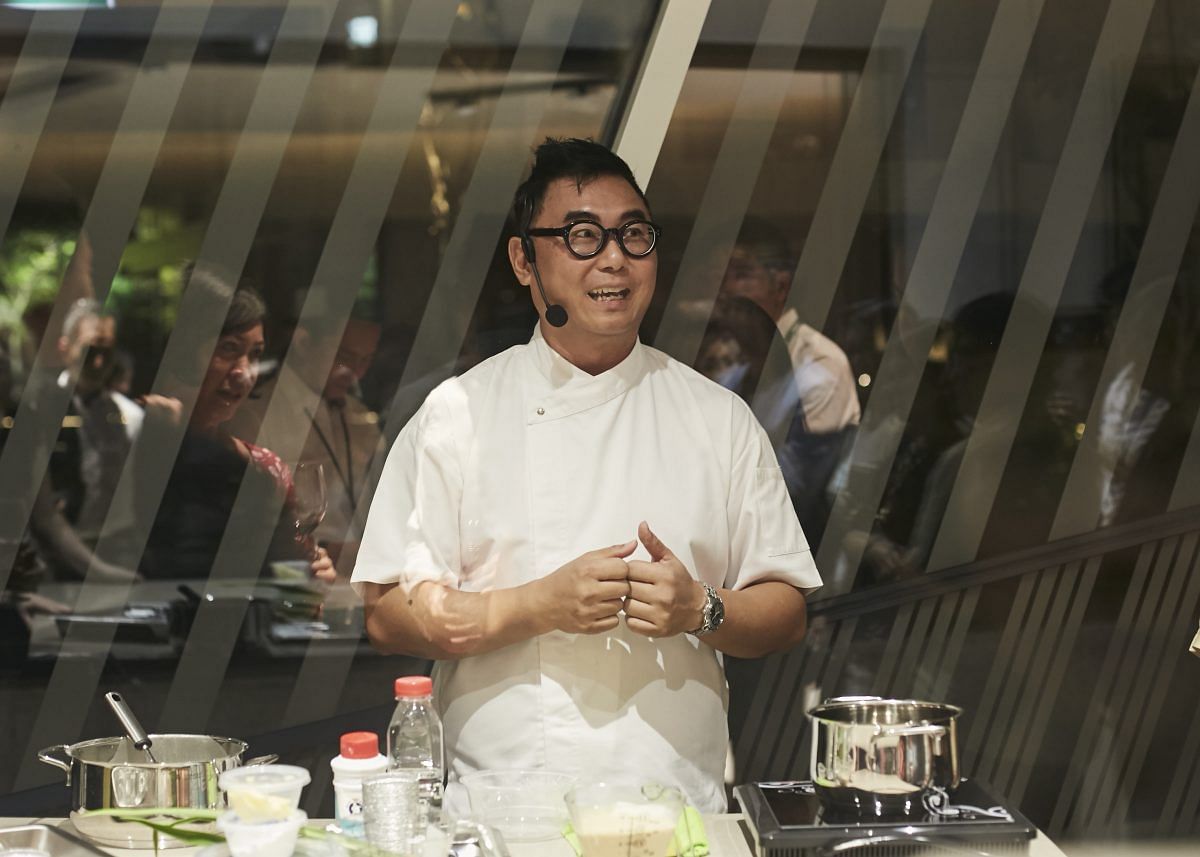 If it sounds like a step back in time, that’s the raison d’etre of Circa 1912 – a new restaurant celebrating the forgotten past of traditional Chinese cooking. It’s the brainchild of David Yip – chef, food writer and walking encyclopedia/custodian of Chinese cooking traditions and ingredients.

While his passion has led him to organise occasional dinners for like-minded food-lovers, he has since taken the plunge into doing it full time after “two acquaintances asked me to help them revamp an existing restaurant”. From May 1, the former Lucky 8 restaurant in Shaw Centre will be a venue for lovingly curated meals that hark back to an era when blenders were non-existent and chefs were graded for their knife and sauce making skills.

“I’ll be working with a team comprising young, talented chefs as well as experienced chefs with a solid foundation,” explains Mr Yip. “I have two talents from Foshan, Guangzhou, whom I’ve collaborated with for many years. They’ve been trained by masterchefs in Guangzhou, yet they are very forward-looking with their creations.” Helping him to flesh out the dining concept is Xu Jingye from Foshan, who will come to Singapore every two months to roll out new dishes. When he’s not in town, the kitchen is helmed by chef Ai Fei, who’s been cooking Cantonese food here for over two decades.

“It’s about new ideas but with grounded techniques and we adopt a more refined, handmade approach with less reliance on machines.”
Mr Yip, who ran a restaurant in Hong Kong before coming back to Singapore, is well aware of the challenges of opening a restaurant, but decided to take the plunge anyway.

“Food is my obsession,” says the effusive 50-something. “After I left my corporate career in my 40s, I opened my first restaurant in Hong Kong. It marked the beginning of my research into food that I grew up with. Being in Hong Kong, with its proximity to China, particularly Guangzhou, I was able to trace the origins of food that I ate as a kid in Singapore and more. One thing led to another and even today I’m searching for answers and exploring.

“Over the course of more than 10 years, I’ve amassed more than a thousand recipes covering snacks, dim sum, soups, mains and desserts. And I’m eager to share this information with everyone. So I teach, give lectures and talks, create recipes for international food suppliers… I guess the next logical step was opening a restaurant again!”

The concept for Circa 1912 is inspired by the food he grew up with. “I enjoyed good Cantonese food from restaurants such as Southern Sky, Cathay, Spring Court and other leading restaurants of the time. In those days, dishes were elaborate, and cooked with premium ingredients and traditional cooking techniques. Eating out in those days was an ‘occasion’, and was taken seriously. I would like to bring back these dishes, cooked with the same techniques.”

Highlights of the menu include a classic sweet and sour pork prepared with home-made hawthorn sauce; a retro roast meat known as Golden Coin Chicken, made out of candied lard, chicken liver and pork. His chefs are also proficient at Huaiyang knife skills for the aforementioned squid dish. Dessert is a modernised Cantonese tangerine peel cooked in syrup, filled with almond bean curd and drizzled with tangerine syrup.

Circa 1912 is a nod to the year when the Golden Age of Lingnan cuisine began. “Lingnan is an old terminology used to describe the region stretching from Fujian to Indochina,” says Mr Yip. “Today it refers only to Guangzhou. but it explains why Cantonese cuisine is so vast and complex, with influences from all these countries, including in later years, influences from the West, in particular Europe.”

But Mr Yip’s purpose is simpler than that. “I just want people to eat good food, appreciate the complexity of its flavours and understand the cuisine a little more.”

(RELATED: 3 new modern Chinese restaurant offerings for you to try)

This story was originally published in The Business Times.