Could Oman be the next ‘it’ luxury travel destination?

Its capital city features a mosque with a chandelier made from 600,000 Swarovski crystals, the first opera house in the Middle East and a resin that was once more valuable than gold. 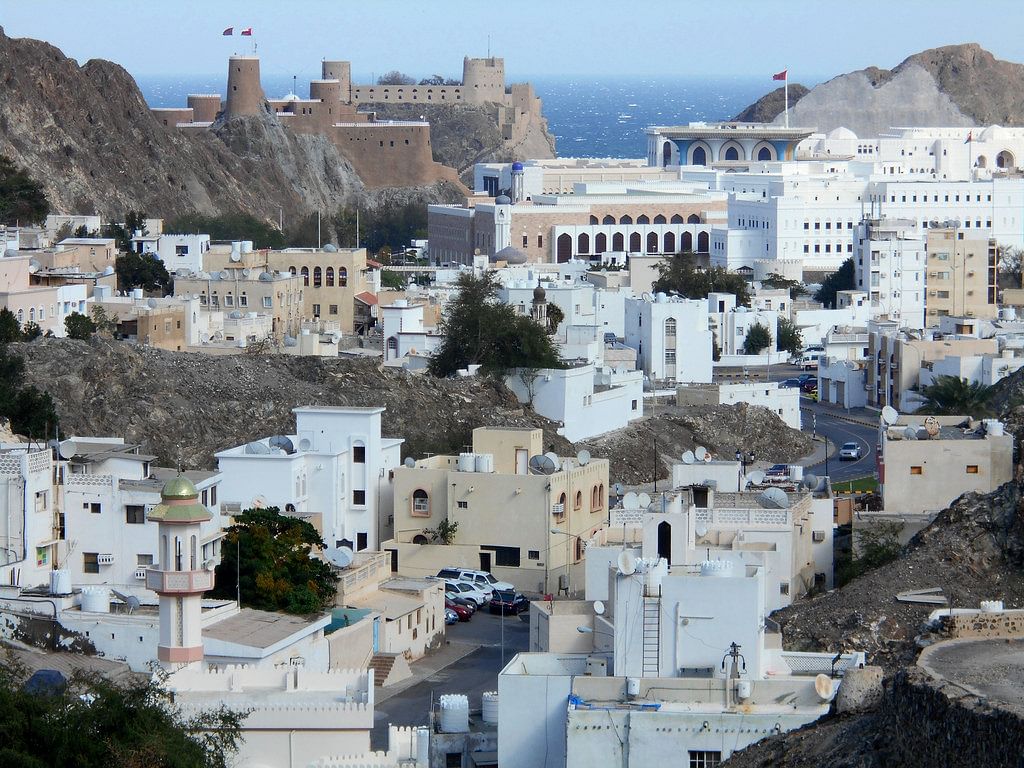 [dropcap size=small]N[/dropcap]ot enough people know about Oman, a country located at the far south-eastern end of the Arab Peninsula. Despite its stunning 2,092-km coastline and the rugged beauty of its mountain ranges, it remains inconspicuous in the eyes of most tourists. Despite its warm locals, delicious food and safe streets, it simply doesn’t make headlines.

In a region tragically synonymous with conflict, Oman is regarded as the Switzerland of the Gulf. Since the 1970s, Oman has maintained a diplomatic stance to keep out of every international quarrel. It has never participated in a single war fought between Israel and the Arab states. It refused to take sides in the US-led wars in Iraq and Afghanistan. Even as most Gulf states sever diplomatic ties with Syria, Oman has kept its embassy open in Damascus till now.

The rewards of its stoic neutrality is that the country has a multi-sectarian population that lives, works and prays together. If there’s anything its people are aggressive about, it’s about protecting their reputation as a peaceful Middle Eastern state. Ask any Omani about this and you’ll be rewarded with a five-minute boast about how tolerant they are, and how their leader Sultan Qaboos bin Said al Said has been wise and far-sighted with his policies.

Now though, they have gotten aggressive on another front – tourism. Since the fall of crude oil prices in 2014, Oman has been quick to re-orient its economy to focus on other sectors. Tourism has been earmarked as a potential growth sector. And policies have been tweaked to improve its hospitality sector.

These efforts are working. In 2017, Oman saw tourism grow by almost 5 per cent – the fastest growth among Middle East countries – with a total of 3.3 million visitors to the Sultanate. It aims to attract five million by 2040.

Swarovski chandelier in the mosque

Frankincense, a resin once more valuable than gold for its medicinal uses

Scott Dunn, the luxury tour operator, offers Oman as one of its three holiday destinations, along with Jordan and the United Arab Emirates (UAE). The tour typically begins in the capital city of Muscat, where modern infrastructure blends agreeably with centuries-old cultural landmarks. Omanis take special pride in their heritage so much so that all new buildings are asked to incorporate traditional motifs and structures.

The city’s crowning glory, one the first stops of the tour, is the splendid Sultan Qaboos Grand Mosque. Built over six years and seven months out of 300,000 tonnes of sandstone, the massive 416,000-square-metre edifice can host some 20,000 worshippers. Open to tourists in the morning, its latticed golden dome, towering minarets, elaborate mosaic decorations and gorgeous stained-glass windows are designed to make the eyes pop.

No expense was spared in the design of the mosque: There are 35 huge Swarovski chandeliers and the biggest among them is a 14-metre tall stunner with 600,000 crystals and 112 bulbs. The 60-metre by 70-metre carpet in the prayer hall is the second-largest one-piece carpet in the world, weaved by 400 weavers in Iran over four years. As a monument to learning, the mosque library also holds some 20,000 books.

Muscat is also home to the magnificent Royal Opera House. Sultan Qaboos, in a bid to instil greater arts appreciation among his people, instructed the building of the first opera house in the Middle East. Its diverse programme includes operas, symphonic concerts, musicals and ballets. Renowned singers such as Placido Domingo and Andrea Bocelli have graced its stage, and upcoming performances include the legendary Valery Gergiev conducting the Mariinsky Theatre Orchestra and Los Angeles Opera’s production of La Traviata.

(RELATED: Why Louvre Abu Dhabi is becoming a must-visit museum for art lovers)

If Arabian charms are what you’re after though, head to the colourful Mutrah Souq (souq means marketplace in Arabic) to soak up the time-honoured chaos of a street market. Nearly everything that can be cash-and-carried can be found here, from trinkets and textiles to spices and silverware. If your taste in souvenirs leans to the side of fun and frivolous, you might like to get a decorative Aladdin oil lamp with a spout for a genie to emerge from.

But your money might be better spent on one of Oman’s most famous ancient commodity – frankincense. The white resin which, when burned gives off a sweet, sharp and spicy smell, was once more valuable than gold because of its medicinal uses. It appears in numerous ancient texts such as the Koran, Bible and Torah, and was a sacred offering made to Jesus. Oman is where you’ll find some of the finest and purest frankincense in the world. Be sure to consult your tour guide where to get the high-grade quality frankincense because there are many inferior versions around.

In Muscat, one of the best hotels to stay in is The Chedi Muscat. The five-star beach resort is beloved for its superior service and understated elegance. Asian tourists, in particular, would appreciate its tranquil architectural blend of Zen-influenced minimalism and indigenous Omani motifs. There’s an order and freshness to even the smallest design detail. And one feels instantly relaxed, free and unencumbered by one’s surroundings.

The 370-m private beach is also one of the best places to experience Oman’s turquoise waters – even if the country has a generous 2,092-km coastline where one could walk for hours without encountering another human being.

TOP OF THE WORLD 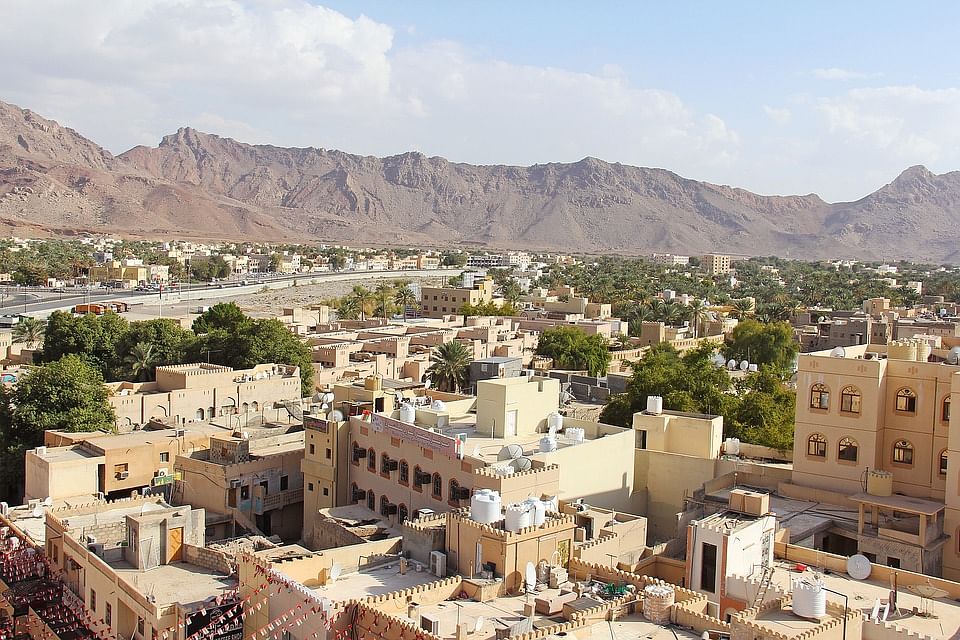 If the south of Oman is blessed with sweeping shorelines, its interiors are breathtaking for the serrated mountains that separate the coastal plains from the deserts. Driving through the winding roads up one peak of the Al-Hajar Mountains also takes one past the ancient city of Nizwa, the largest city in Oman’s interior.

In the sixth and seventh centuries, Nizwa was the buzzing centre for trade between the coastal and interior regions. Today, there are still a number of long-abandoned fortresses that stand like markers of a primitive time when plunderers raided towns for food, women and children. Indeed, there’s something magical about the drive past these ancient ruins – a single turn of the head towards the right of the car creates the strange effect of plunging one into a bygone era.

At the top of a canyon some 2,000 metres above sea level, one finds the highest luxury hotel in the Middle East, the Anantara Al Jabal Al Akhdar resort, a secluded five-star retreat with unparalleled views of the rugged landscape. Here one could stare into the mysterious peaks and gorges for hours without ever being able to commit a single portion of it to memory – so vast, endless and intricate is the view.

Many of the hotel’s rooms overlook the dramatic gorge from various angles. And its most-requested accommodations are the 33 villas, each with a private infinity pool that faces the cliffs.

If these aren’t enough, the intrepid traveller may wish to sign up for the daily hiking and rock-climbing adventures that really expose one to the mountain-fresh breeze and rugged landscape. The hotel also offers other activities including sunrise yoga, mountain-biking, archery, landscape painting and star-gazing.

The hikes are highly-recommended. One gets to visit old villages and see and smell the fruit orchards that have been cultivated along the slopes of the mountains. A few houses exude a different kind of scent – that of traditional rose water that are manually distilled at home and later sold in the markets.

Also, no visit to Nizwa is complete without a visit to the chaotic cattle market every Friday at the local souq. Here hundreds of cows, goats, lamb and sheep – of varying sizes and ages – are traded between mostly ordinary folk. Many villagers raise their own cattle within their backyards and trade them when they reach a certain age or height. According to our tour guide, the reasons can be as whimsical as: “My kids prefer a bigger goat to play with” or “We want young lamb chop this weekend”. 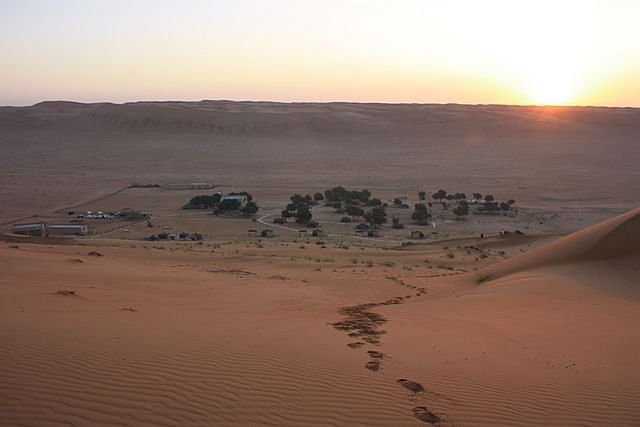 Fittingly for an Arabian experience, Scott Dunn includes in its itinerary an overnight stay in the desert. The hotspot of choice is the Sharqiya Sands (though still referred to by the locals as the Wahiba Sands). This 12,500-square-km of wind-sculpted desert rolls before you like a undulating copper-coloured sea. You should walk on it barefoot – the sand grains are so fine, it’s almost like walking on lukewarm silk.

Typical of desert tours, the experience includes sandboarding (where you stand on a skateboard-like wood panel without wheels and slide down a slope), dune bashing (where your jeep deliberately drives up and down the dunes at high speeds to create a nerve-testing roller-coaster experience), camel rides and sunset watching.

There is also a visit to a Bedouin camp. The Bedouins are desert nomads who still live in tents. Some of them have large communal gathering spaces where they invite guests and tourists to sit cross-legged on the ground and eat bread and drink coffee with them. You don’t have to pay them anything – all they ask is that you look at their handicrafts and see if you’d like to purchase any.

Overnight accommodations are also in the form of tents. The luxury camp retreat Desert Nights Camp offered glamping long before the word became fashionable. Each “room” is a midsize tent complete with air-conditioner, bathroom and bed with clean white sheets. The tents are spaced out a distance from each other, giving you the illusion of privacy. Nights in the desert are particularly memorable. Because the camp is gated, you could wander around its compound safely by yourself in the dark, occasionally looking up to gaze at the spellbinding night sky, untainted by light pollution.

For a city-dweller, the concept of the desert may automatically include cartoonish images of sweltering heat, desperate thirst and walking around lost until one sees in the distance a mythical oasis. When on a Scott Dunn’s luxury tour, one always travels in comfort, with a constant supply of water bottles kept in ice-packed cool-boxes.

And one does get to see an oasis of sorts – the famous Wadi Bani Khalid, a beautiful lagoon with jade waters surrounded by palm trees and jagged limestone cliffs. The clear inviting pool is filled with fish, but anyone can jump in for a swim. In fact, if you find a spot where you can stand completely still, the little fish will come and nibble at your skin in search of food. Try not to giggle or they’ll swim away.

To dry off, forget the towel. Just take a pleasant climb to the top of the limestone cliffs surrounding the lagoon to view the gorgeous waters below. Within 20 minutes, your swimming gear will be dry and you’d have gotten a few effortlessly beautiful snapshots on your smartphone of yet another memorable landscape.

Indeed, however seasoned a traveller you are, and however strong your memory and powers of description may be, resistance to endless photo-taking is futile in a country like Oman.