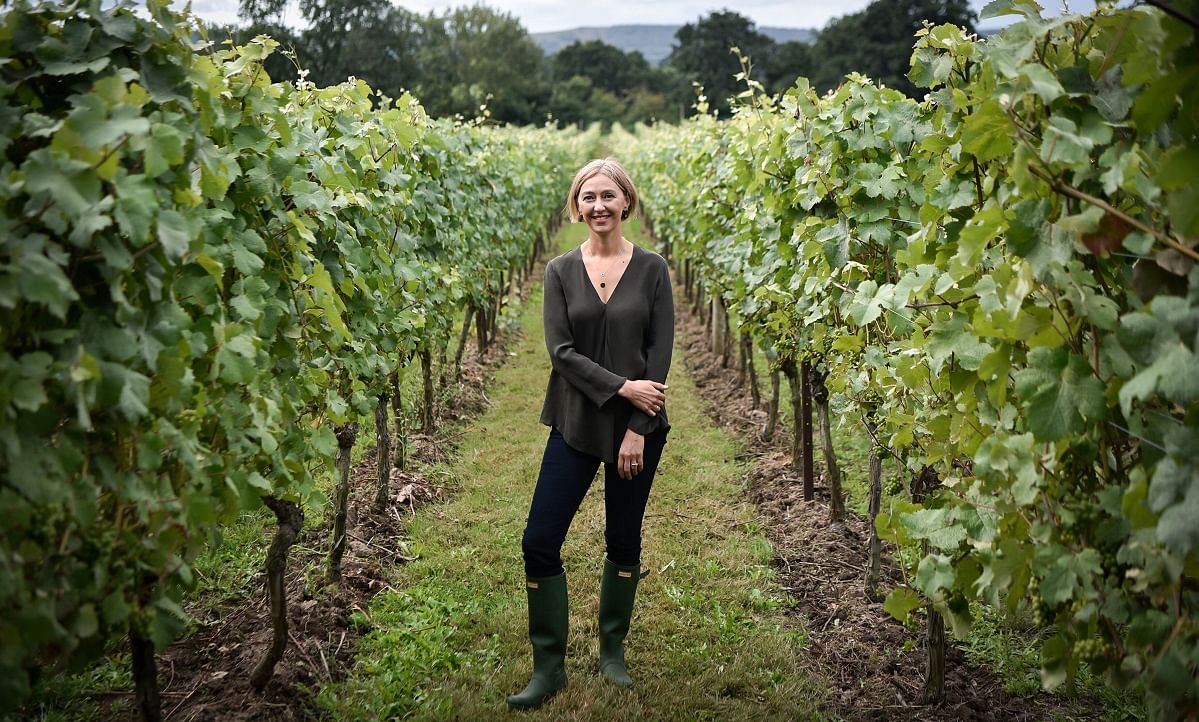 English sparkling wines are coming into their own. For decades, Champagne — both region and product — has been the undisputed choice for celebratory bubbles. Thanks to a long history of production experience, a particularly well-suited terroir, and effective marketing, Champagne has cemented itself so strongly in popular culture that for many, it’s practically synonymous with sparkling wine.

Things are changing though. The prized, fizzy vino is increasingly being seen as an option outside of celebratory occasions, whether for a casual tipple or as a pairing to food. While not traditionally regarded as one of the great wine-making regions, England is increasingly turning heads, and wowing palates with sparkling wines that are being produced in the south, and south-eastern regions of the country.

One of these producers is Nyetimber, who was the first to plant, on English soil, the holy bubbly-making trinity of Chardonnay, Pinot Meunier and Pinot Noir grapes in 1988. Currently, they’ve got 260 hectares across three counties of South East England; Sussex, Hampshire, and Kent, which are divided into 90 individual vineyard parcels that they manage, assess, and pick themselves. Heading the production is 42 year-old head winemaker Cherie Spriggs, who, together with husband and fellow winemaker Brad Greatrix, take care of every step from vine to bottle.

Briefly walk us through the winemaking process at Nyetimber after bottling.

All Nyetimber wines are produced using the traditional method for sparkling wine, which means that secondary fermentation takes place in the bottle. At Nyetimber we have the reputation for ageing our wines on the lees for much longer than current regulations in English wine production require, and also than many other English producers. Our Classic Cuvee, for example, ages for over 3 years on the lees before release, but many of our wines age for much longer than this. Post-disgorgement, all of our wines are rested for several months before release.

The terroir in Sussex is said to be quite similar to that found in Champagne regions — is there something unique about English sparklings that sets it apart?

The chalk and greensand soils in the south of England are our driving force. At Nyetimber we only use fruit from vineyards we own, and these soils are why we chose to have our vineyards where they are. The same chalk soils that lie under Champagne also exist in the South East of England, which is why comparisons between the two ‘terroirs’ have been drawn. In England, the particular combination of these soils with the cooler climate gives an extended growing period which allows the development of beautiful, delicate flavours in our grapes.

All of Nyetimber’s vineyards have been planted in locations that are protected from the coastal winds by the South Downs and are only planted on fully south-facing slopes to maximise the amount of sunlight the vines receive.

From a winemaking point of view, we have a great deal of authenticity and, I think, transparency. A good part of that is because we actually keep things pretty simple. We don’t use strong techniques, not because these techniques are bad, but because we have these amazing vineyards that we get know, so a big part of our style is to ‘get out of the way’. Our philosophy is ‘keep it really simple, fairly neutral’ and then these beautiful flavours that we are so blessed with can just naturally come through in our wines.

What would you consider to be the house style of Nyetimber?

Without exception, the wines made at Nyetimber are wines of elegance, delicacy and subtle flavours over power or density. The south of England is a cool climate region – we are more northerly than Champagne – and therefore our wines are blessed with very crisp, clear, wonderful acidity, but it’s very important that the acidity is balanced. One of the things that I think we have to be careful of in England is that if you hang your hat too heavily on acidity, the wine can be good on the first sip but become difficult by the time you reach the end of the bottle, which is why we age our wines for a significant period of time to develop complexity and finesse.

What are the current production numbers?

Because we still experience so much climate variability in England, our production numbers can vary from year to year depending on the harvest. We were thrilled that in 2018 our harvest was the largest and highest quality we had seen since 2009, as a result we will produce over 1million bottles this year for the first time ever and we hope to be able to maintain this level of production.

All your vineyards are currently owned by Nyetimber — as production increases, would there be any changes to this?

It’s one of the fundamental tenets of Nyetimber that all of our wines are produced from estate-grown grapes, and this is not a philosophy which is not likely to change anytime soon. We do have to consider increased consumer demand in the future, and we benefit greatly from the passion and long-term vision of our owner Eric Heerema to increase our land holding and adapt our production accordingly. We have a staged plan to increase the area under vine in the coming years as we grow Nyetimber internationally into markets including Singapore, Hong Kong and the United States.

Many of the biggest Champagne houses have decades, if not centuries of history. What advantages do you think there are to being a relatively young brand?

Of the English wine producers, we are one of the oldest. The first vines were planted on the Nyetimber estate in 1988, but the history of the property dates back almost a millennium to 1086 when it was mentioned in The Domesday Book. There were no vines growing at that time, but this does illustrate the historic nature of this unique English estate.

Despite this heritage, we are still a young brand that is rapidly developing and growing. The step-change for Nyetimber came in 2006 when [Nyetimber’s current owner] Eric Heerema bought the estate and since then he has been the pioneer and the visionary behind the brand. I joined as Head Winemaker in 2007, along with my husband and fellow Winemaker Brad Greatrix, and we both share Eric’s commitment to producing exceptional sparkling wines.

The advantages of being a young brand are that we can make every decision based solely on quality. We do not compromise at any stage from vine to bottle. We only use estate estate-grown grapes and we do not buy or sell any wine, so we have complete control over the production process. We are also a relatively small company; between Eric, Brad and I, we make all of the winemaking decisions.

Champagne is almost synonymous with celebration, and other sparklings with designated origins have their own established markets. How is Nyetimber planning to position itself in the industry?

Consumers are increasingly interested in alternative styles of quality sparkling wine, and this is our great opportunity. English sparkling wines offer consumers an appealing freshness and acidity. We also cannot ignore the appeal of something new – consumers are always intrigued by the next big thing and by expanding Nyetimber’s international markets we are offering them the chance to learn about and taste our wines.

What is the game plan for distribution in Asia?

We are entering the Asian market strategically, beginning with Singapore and Hong Kong, before exploring other countries such as India and Japan. There is a sophisticated level of wine drinker in the region who we believe Nyetimber wines will intrigue and appeal to. We are looking to work with prestigious hotels, restaurants, and bars to educate consumers about our wines, show their versatility with food – particularly with Asian cuisine – and to build the idea of Nyetimber as a brand that is luxurious, sophisticated and perfectly British.

(Related: Are Sicilian wines the next big thing?)

Nyetimber is currently available for purchase at Habitat by Honest Bee in Singapore; and restaurants and bars including: Shangri-La Hotel, The Ritz Carlton, Odette, Iggy’s, Magic Square, 1880.