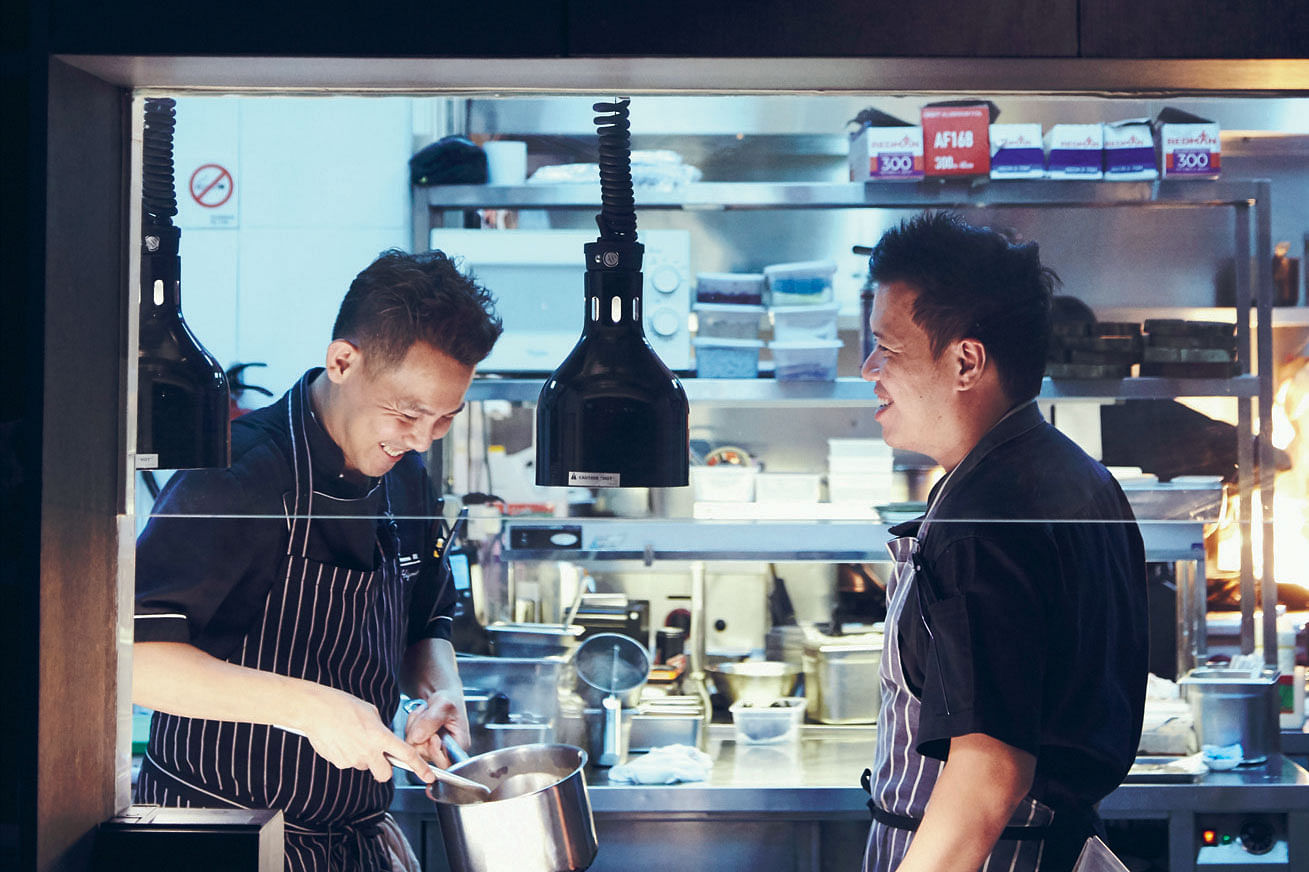 [dropcap size=small]U[/dropcap]nlike the boldly imaginative cuisine with a touch of illusion he creates, with chef-owner of Labyrinth Han Li Guang, what you see is, pretty much, what you get. The pragmatic and straightforward 32-year-old admits that he is not the most patient of people and gets bored fairly easily. However, time (and some hard knocks along the way) has mellowed him.

When Labyrinth was established in Neil Road three years ago (it relocated to Esplanade in 2015), Han worked punishingly long hours and slept only four hours a day. It finally dawned on him that he could not go on like that.

(RELATED: Go behind the scenes for a day with chef Ivan Brehm.)

“I used to only work hard, but have since realised that you also have to work smart. I have learnt to trust my team, leverage on their strengths, and motivate and inspire them,” says Han, who continues to re-invent beloved local foods. His avant-garde approach to cuisine – with chwee kueh tasting like nasi lemak, and bak chor mee made from strips of squid masquerading as noodles, paired with fried scallops for “fish cake” and powdered anchovies for “minced meat” – has made Labyrinth a magnet for awards, including the Award of Excellence at the 2015 and 2016 G Restaurant Awards.

Moving forward, he hopes to delve deeper into traditional cooking methods and use more regional and local produce. “As Chef Massimo Bottura once told me when I met him in 2015, ‘Master tradition and master the modern’. My direction will be more produce-focused, and to coax natural flavours from ingredients. We are curing our own bacon using Chinese wine, five-spice powder and salt. Now, I am also making my own oyster sauce.” The chef hopes to eventually use mainly ingredients from Singapore and neighbouring countries. And, when Han is ready to reveal his new creations, we will be right here waiting.