These covetable top-end whiskies, either first bottlings or from defunct distilleries, will complete a whisky aficionado’s collection. 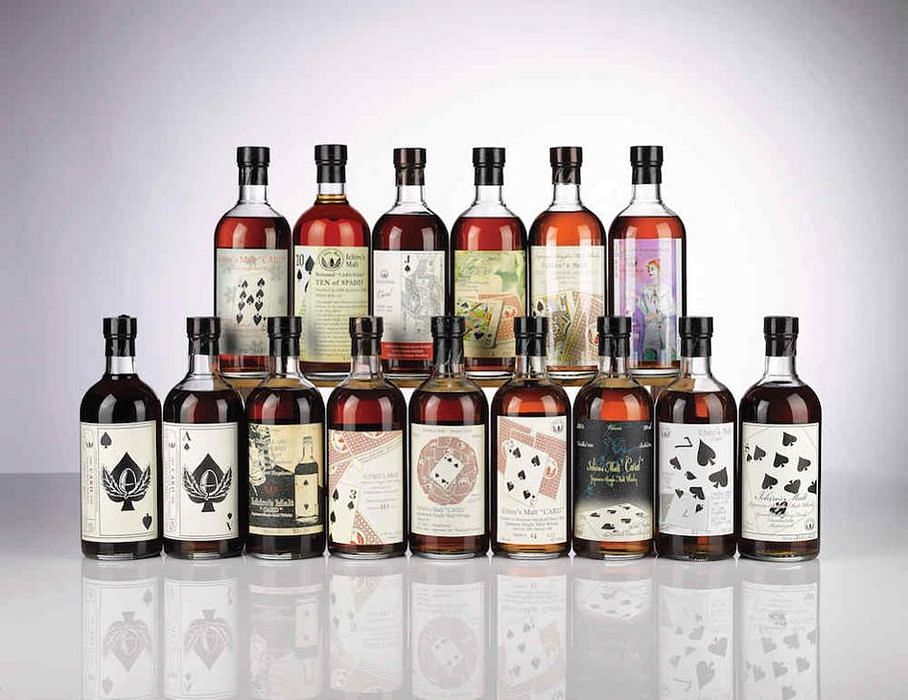 Japanese whiskies continued to dominate headlines last year as auction records were successively shattered. Justly so. The late ’80s saw a significant decline in the popularity of whisky as vodka became the go-to spirit, and a great many businessmen were forced to put a stopper on whisky distilleries all over the world.

Many of the brands in Japan never recovered, but most existing stock were eventually bottled, and only later recognised for the top-notch products they are. That’s certainly set an exciting stage for top-end collectors, who thrive on paucity and legacy. Here are five of the most recognisable, irreplaceable and sought-after bottlings from Japan that’ll easily anchor any aficionado’s library.

The perfect confluence of collectibility. On top of hailing from a shuttered Hanyu distillery, each of the 58 intriguing labels appears on only 10 bottles. To make things even spicier, top-end collectors have worked up quite the thirst for building complete sets.

This makes it extremely unlikely to see single bottles put up. When you do, you’ll be contending with jostling enthusiasts and profit-hungry flippers. As a reference, the last set of 54 that moved – through a Bonham’s auction – commanded a cool S$1.25 million.

Everyone’s familiar with the Osaka-based brand that launched a thousand auction slips and almost single-handedly catalysed the Japanese whisky craze (set in motion a decade ago by a 10-year-old Nikka single malt). By extension, it’s fair to crown the 50-year old expression the granddaddy of collectibles.

Bottles from the long-gone Karuizawa distillery don’t just score high on revered palates; they’re known for their exquisite label art. Perhaps the rarest of the dwindling cache is the 52-year-old expression “The Archer” – only 41 of these were ever bottled.

Since the original distillery’s been taken apart and no big-name player has announced plans to revive the brand, these babies are well-poised to appreciate, courtesy of the defunct brand’s cult status.

(Related: Whisky bars in Singapore: where to try new drams)

Only 150 pairs of these limited malt and grain blend whiskies were made available in 2017. As they are not a particularly storied release, it’s perfect for entry-level collectors.

It’s presentation that earns these bottles their shelf value. Artisans from the Saga prefecture, renowned for mastery over porcelain, worked on the blue-and-white bottle. Alongside this, the multicoloured, Kutani-style bottle will lend a pop of colour to an otherwise drab collection. Prices are already upwards of five figures a bottle.

(Related: Whisky aged in Singapore by Brass Lion Distillery will be available in 3 years)

This is the one to watch. With Karuizawa and Yamazaki flooding most-coveted lists, these award-winning bottles out of this Kagoshima-based distillery are – for now – flying under the radar. They have all the makings of a five-to-six figure sale down the road: Production was limited to slightly over a thousand bottles, then a decade of mothballing followed.

(Related: Japanese whisky: Is the shortage of aged labels really a cause for concern?)