We find the best pairing for two trending items – Charcuterie and Sake. 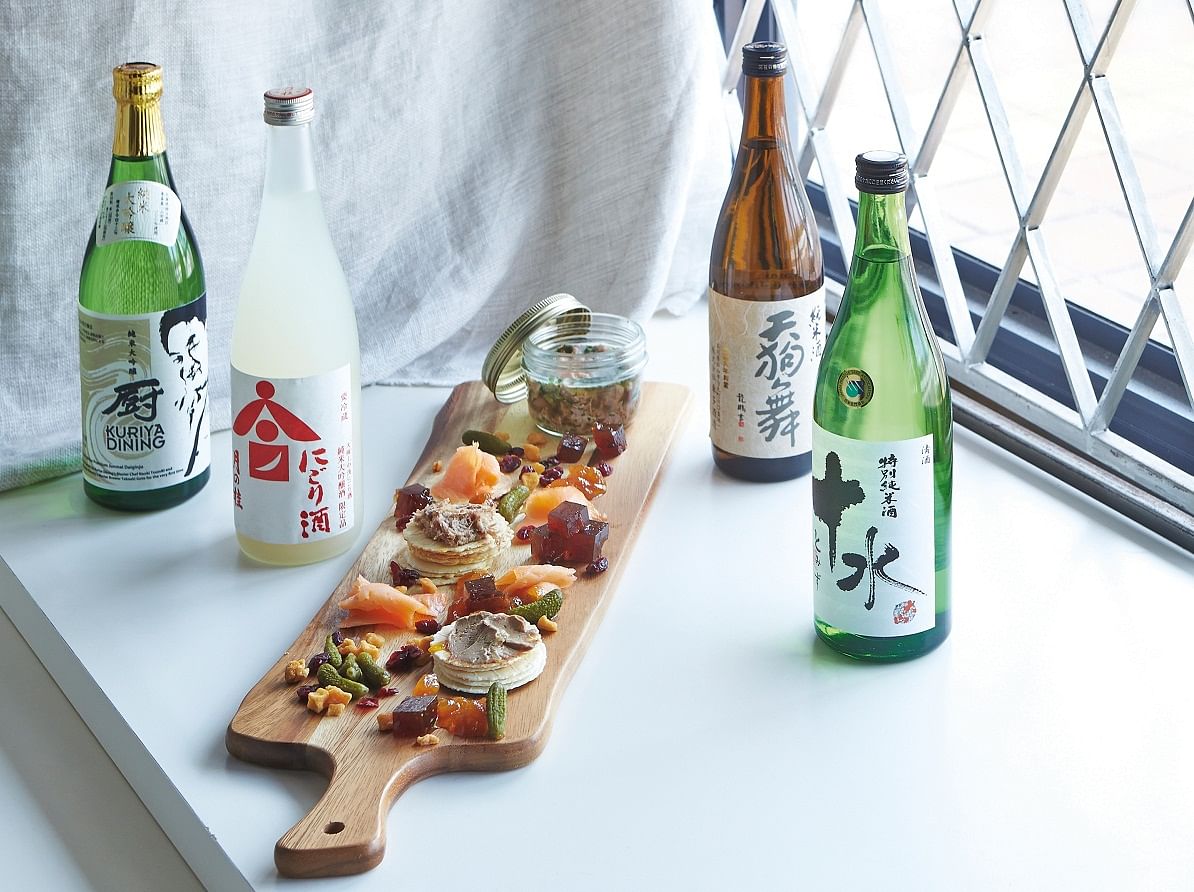 With a bright golden hue that could get it mistaken for a chardonnay, this sake from Shata Shuzo brewery in central Japan has a nose of malt rice with a hint of caramel, and rich notes of butter and soft vanilla on the palate that make it a good foil for chicken liver mousse.

Made from premium sake rice, this edition is exclusively produced for Tsuzuki by the sake master of Gyokusendo Shuzo brewery in central Japan. This light sake, which grows richer in flavour upon drinking, is based on the brewery’s Reisen brand, which is served aboard Japan Airlines for first-class passengers. Try spreading the mousse on a cracker and topping it with a piece of smoked salmon and a bit of soya sauce, which will enhance the pairing of the sake and the mousse.

This snowy nigori sake (unfiltered) has just the right touch of festive spirit, and the Nakadori label clues you in that it is the most prized pressing from every batch of sake made by Tsuki no Katsura brewery in Kyoto. The cloudy element in this sake – known as moromi – offers rich umami flavours, while the semi-sparkling quality gives a crisp, clean finish so it’s not cloying. If the rillette is served cold, serve the sake cool and un-mixed to match. When serving the duck rillette at room temperature, the sake should be shaken until cloudy.

The ham hock terrine has a very strong flavour, but the bits of parsley help lift this. Pair it with a light-bodied sake from the Otokoyama Shuzo brewery in northern Japan, which gets its name “Sake Mirai” from the rice it uses. Drink it chilled at 10 to 12 deg C to maximise enjoyment.

The traditional Christmas bird gets an untraditional treatment at these hotels. 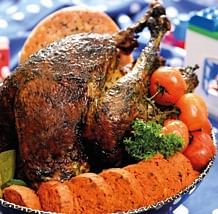 Break the monotony of the usual roasts with this turkey done Turkish-style from Royal Plaza on Scotts. The bird, which can serve six to eight, is marinated in a mix of Turkish herbs and spices, and served with sides of pita bread, hummus and yogurt garlic dip. 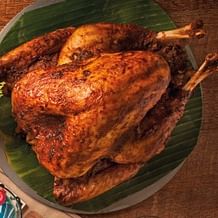 The secret behind this Portuguese-style curry turkey from Goodwood Park Hotel lies in the house marinade of garlic, ginger, dried chillies and turmeric, in which the turkey is immersed for two days. This is followed by an hour of steam-baking so the meat is juicy and succulent. Have baguette slices ready to dip into the accompanying luscious curry. 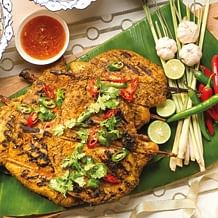 Do away with a whole roasted bird and go Asian with Thai turkey skewers from One Farrer Hotel & Spa. The tender meat is marinated in Thai spices and served with chilli plum sauce. Have it with green papaya salad and black olive fried rice.