Why Giovanni Bulgari, Scion to Bulgari Dynasty, Ventured into Wine-making

The grandson of jewellery and luxury brand founder bottles wholly organic wines out of his Podernuovo a Palazzone vineyards in Tuscany. 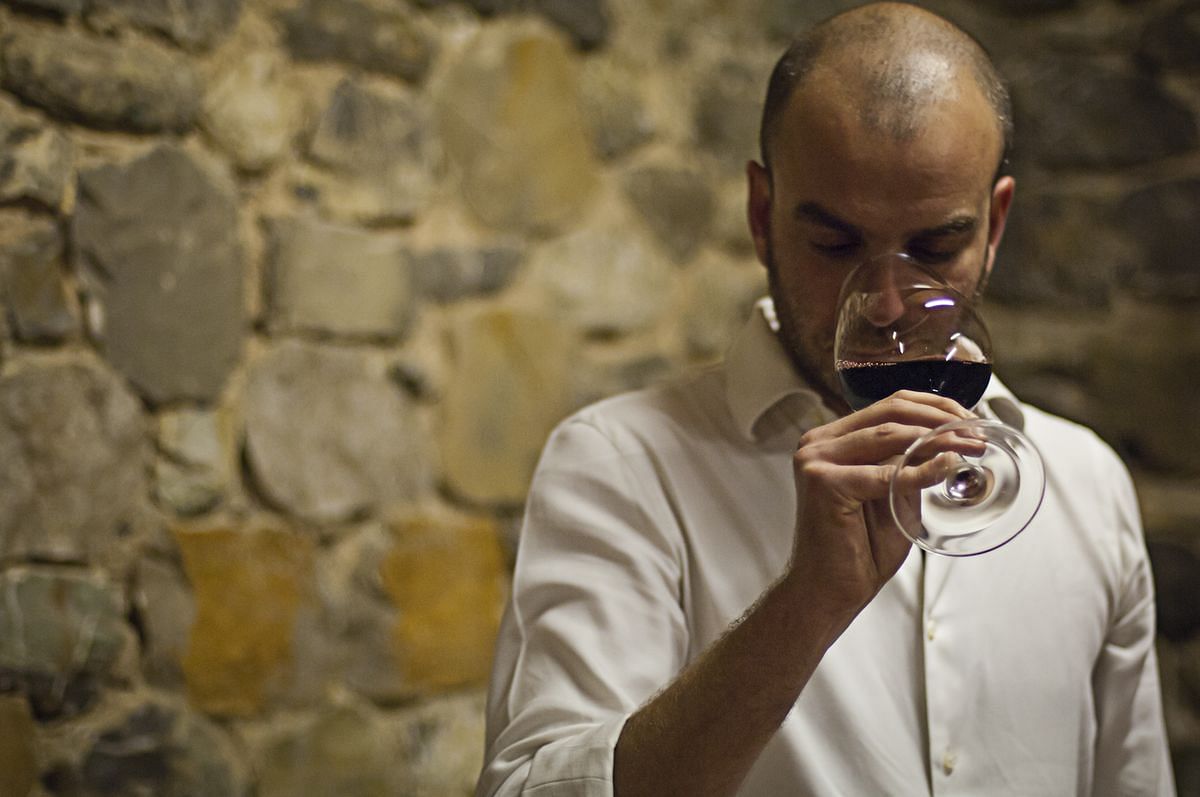 [dropcap size=small]S[/dropcap]itting on the sofa after a day of meetings, he shifts his gaze towards the bay. The late afternoon sun casts long shadows on the gleaming waters and he takes in the stunning view from the 29th floor of Ocean Financial Building.

The 41-year-old Roman murmurs something about the imposing Marina Bay Sands and less than 24 hours after jetting in for his first visit to Singapore says the city is enchanting.

But he is out of his element. He is a country boy and his mind drifts to Tuscany. It’s early June and the leaves and fruits are halfway to harvest time. His attention turns to three bottles on the table that carry the name of his vineyard: Podernuovo a Palazzone.

The Therra is a Tuscany red blend, Argirio a cabernet franc and the Sotirio an impressive pure sangiovese.

Closer scrutiny of the bottles reveals in soft grey that jewellery and luxury giant Bulgari chairman Paolo Bulgari and his son, Giovanni, own Podernuovo in a 5 and 95 per cent shareholding.

“This is my project,” Giovanni, tells The Peak. “In the market, the Bulgari name in a way means very special products, very special jewellery, very high quality and this helps because I belong to the family.” 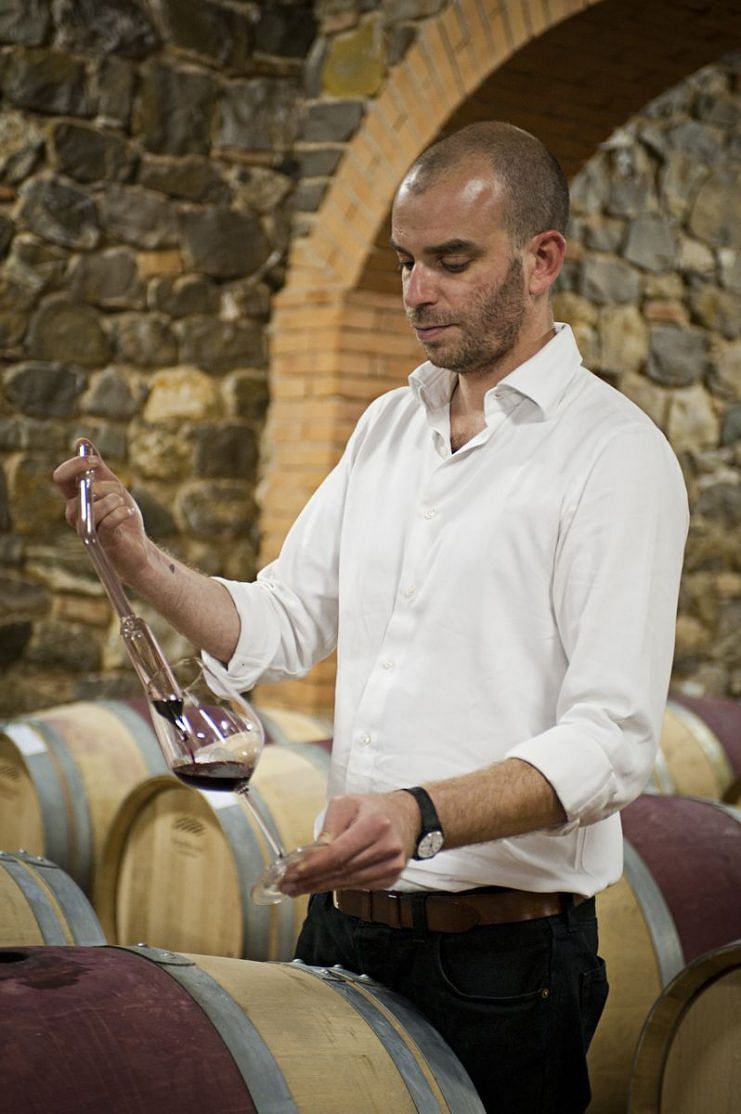 Sotirio is a tribute to his great-grandfather who founded the jewellery and luxury brand dynasty. The family cashed in on the legacy in 2011, selling its controlling stake in Bulgari to French billionaire Bernard Arnault’s conglomerate LVMH for S$7 billion in stock and cash.

Dad is still chairman of the company and sits on the advisory board of LVMH, says Giovanni, who had an eight-year stint with the luxury brand house. He joined it straight out of university when he was 22, and worked from jewellery creation right up to production in the company’s Rome headquarters.

But his soul was never in the city. The countryside had been tugging at his heartstrings and he left the Italian capital for Tuscany in 2005 after buying an abandoned vineyard the previous year near his new home.

“I really had a nice job at my father’s company, but sometimes you have to follow your passion,” says Giovanni. “I can only stay in the city for three or four days and after that I feel sick. I need to have the sky, soil, grass and animals and my passion since I was a kid was agriculture. Making wine is the best expression.

“I love growing grapes because it started in ancient times and is always in our culture. Wine is special and is anthropomorphic, like a human. I see the bottle as the body, the wine is the soul and it is something alive.”

Under Riccardi Cotarella, one of Italy’s top oenologists, the 22-hectare Podernuovo estate produced its first three vintage wines in 2009 and they were released in the same year as his second harvest in 2012. 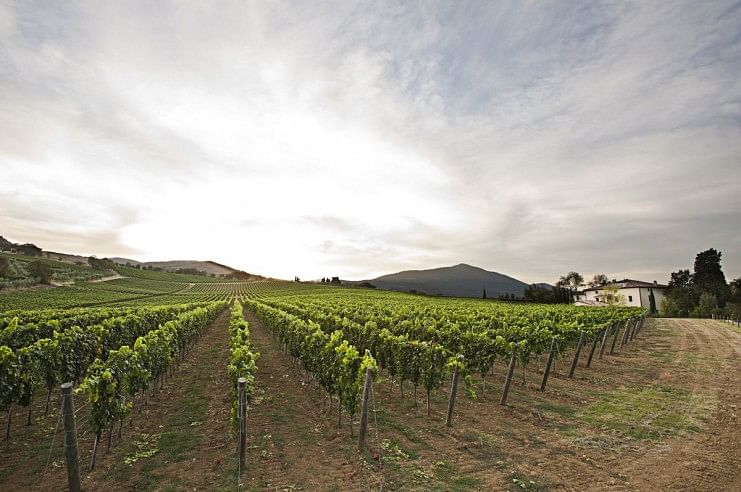 All in the Details

Giovanni says he brings to the vineyard an important skill in his years as a Bulgari jewellery maker. “I still have an eye for gem stones and have quite a collection,” explains the Italian. “My knowledge comes from that world. I worked with my father for eight years and learnt many things.

“He used to tell me that when working with jewellery I need to be obsessed with ‘details, details, details’. The customer may not realise this aspect about jewellery making and don’t really know why something is so beautiful.”

It is this attention to detail that Giovanni directs Podernuovo from the moment grapes are seeded, seedlings pruned and harvest time to when extracts are aged in vats and then bottled. He is partial to oaks from France and Eastern Europe, and is now experimenting with clay.

Despite the Bulgari heritage, Giovanni does not want his wines to hang on to the name to make its mark globally. He is confident they can do so on merit alone and like his family’s jewels has positioned them at the top end of the market. In Singapore the Therra sells from $56, Argirio, $77 and the flagship Sotirio, $92.

It is a simple strategy, says Giovanni. “My vineyard is organic because I don’t use chemical products. I try to respect the environment to grow my grapes and sometimes we need to talk to the wine and understand what it wants. 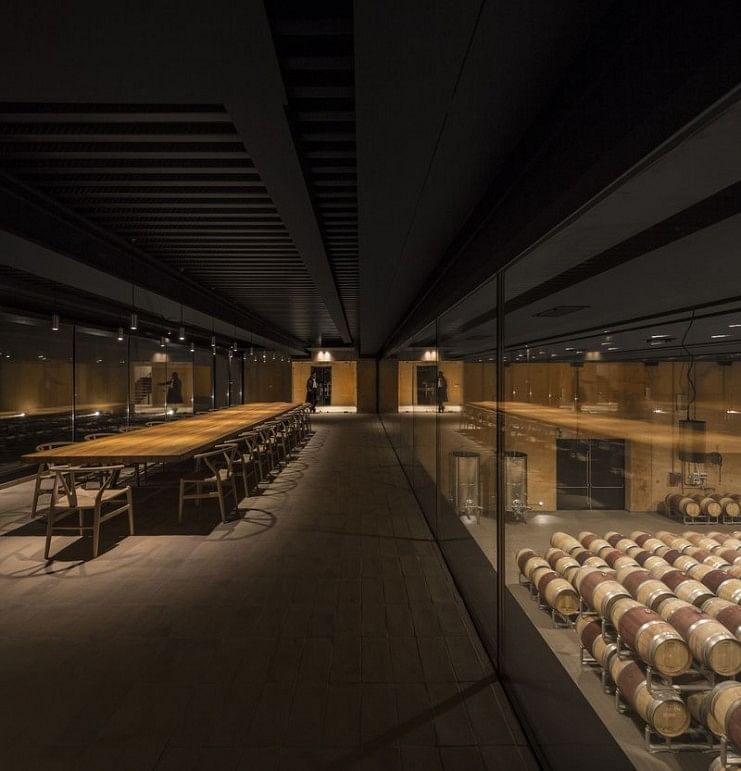 “We produce a maximum of 150,00 bottles a year and this is the right amount to control the quality of our wines. They are also only sold at top establishments and when I travel around the world I see them only in the best restaurants and hotels.”

After more than a decade of carefully nurturing the vineyard and paying attention to tiny details, Giovanni says he is beginning to see the payoff. Like his grandfather before him, he hopes it will be the growth of something special.

He has hopes and picks up an iPad that shows photos of two boys. “This project is for my two sons. They are nine and 11 years old. My hope is that one or both will join me and take this venture far.”