Missed out on an open house spot? We have videos – including one of the new, mesmerising kinetic sculpture. 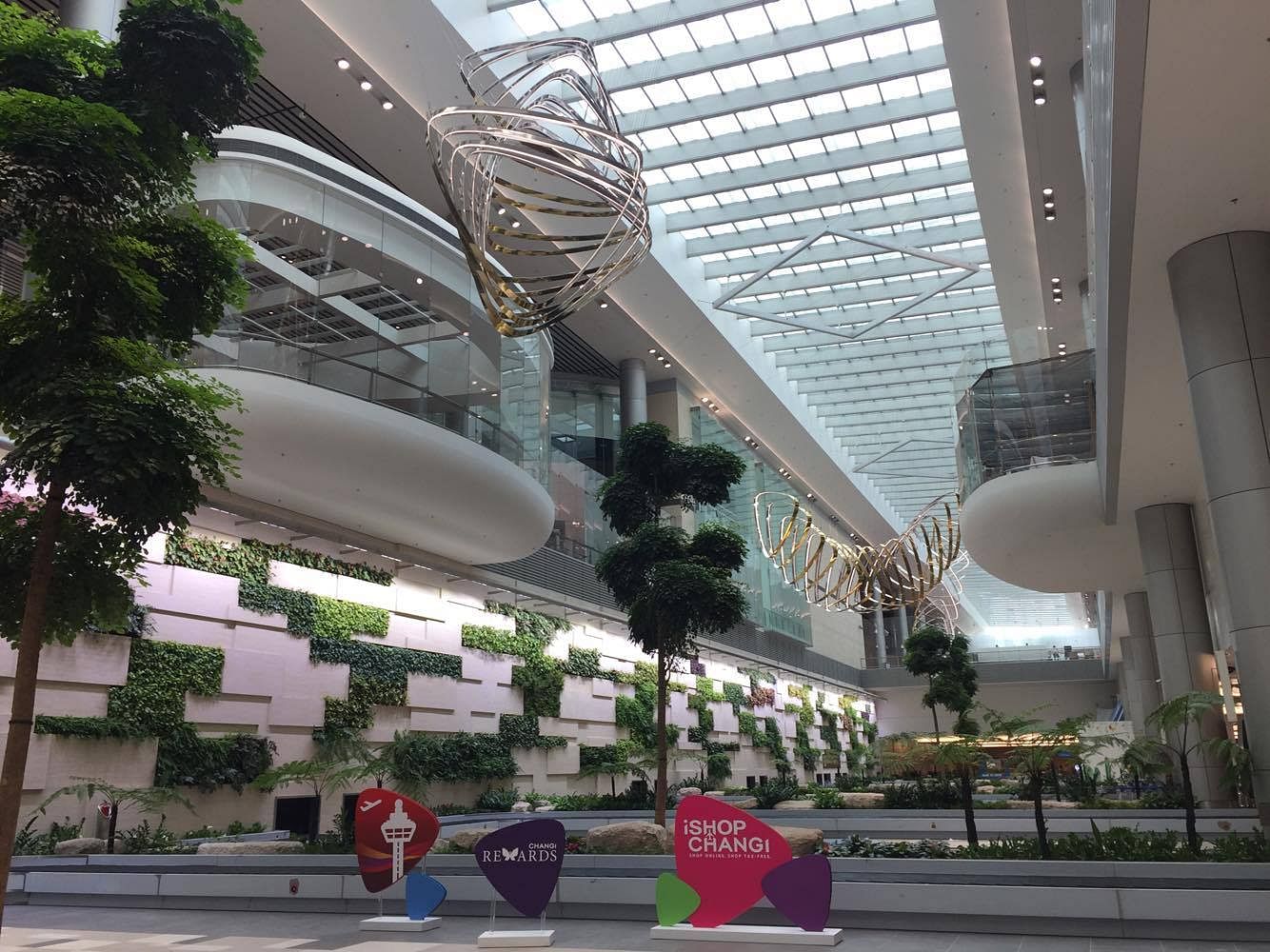 Formerly the Budget Terminal, T4 is the smallest passenger terminal (it’s nearly half the size of Terminal 3). But its design, aimed at being boutique, offers a slew of new developments that signals Changi Airport’s aim at modernising and improving passenger experience. The terminal is expected to hold more than 16 million passenger movements a year, two-thirds of Terminal 3’s current capacity. A total of nine airlines – AirAsia Group (four airlines), Cathay Pacific, Cebu Pacific, Korean Air, Spring Airlines and Vietnam Airlines – will operate at Terminal 4.

While official start of operations for the new terminal has yet to be announced, AirAsia has tested out a commercial flight on 23rd June. Other flights are expected to do at least one trail run on Terminal 4 as well. Open house tours, running from 7 to 20 August, are already fully subscribed. But fret not – here are photos and videos from our sneak peek into the new designs and experiences at T4.

Instead of the butterfly gardens or full-screen movie theaters of its predecessors, Terminal 4 offers interactive and visual experiences to ease passengers before their flight. Keep a look out for some of these surprises.

International airports have adopted automated check-in and bag drop processes. At Terminal 4, the entire departure process, including immigration and boarding gates, has been fully automated. Called FAST, the process involves use of facial recognition software and forgoes manual identity verification by staff.

The Central Galleria separates the public and transit zones. The Galleria offers a clear view of both areas which makes the petite terminal seem more spacious – and allows loved one the opportunity for longer goodbyes.

Duty-free operators DFS and The Shilla will be operating in an integrated zone in the transit area, allowing for passengers to shop at both categories and pay in one transaction. The DFS section also sports a cocktail bar, a whiskey tasting section and more craft beer options.

Cathay Pacific First and Business class passengers will get to enjoy the airline’s premium lounge which offers a view of the runway and a range of facilities such as a noodle bar, shower suites, IT rooms and relaxation rooms.  Other premium passengers of Terminal 4 airlines and pay-per-use passengers can enjoy the SATS PPG Blossom Lounge.

Terminal 4 now has automated cleaning robots for floor-scrubbing and vacuuming as well. Spot these robotic helpers in the transit halls.