How three chefs are forging their own paths

More chefs are striking out on their own. Three of them share what they have in store. 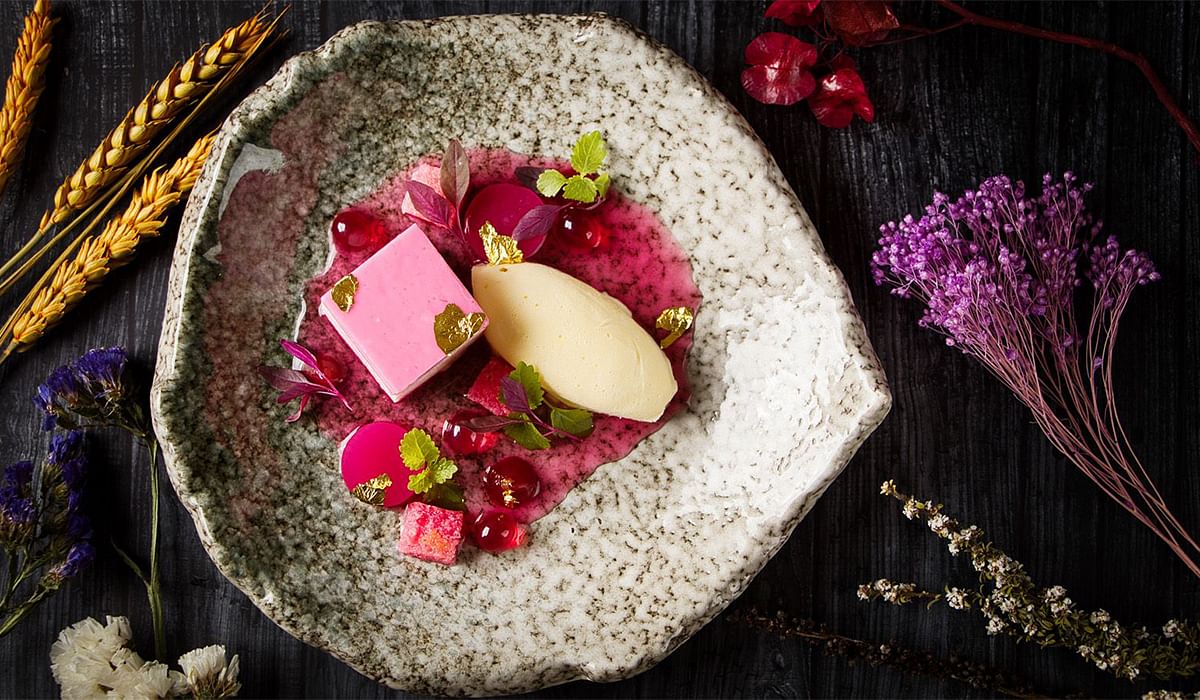 Aitor Jeronimo Orive came to Singapore to work at Iggy’s in 2016 a month before the Michelin guide came to town. A year later, the restaurant earned its first Michelin star.

But sometime this year, he felt it was time to move on, and in July, chef Orive left for Spain “to take a break” for three weeks. Next thing he knew, serendipity happened, “the stars aligned and Basque Kitchen was born”.

Basque Kitchen by Aitor is a project with serial restaurateur Loh Lik Peng’s Unlisted Collection hospitality group which gives him a chance to start on a clean slate. “The cuisine at Iggy’s was modern European. The style at Basque kitchen is hearty and comforting but still fine. It’s something closer to my heart.”

He “hates labels”, and stresses it’s not a Basque restaurant in the strictest sense, but rather “rooted in Basque cuisine, with a modern approach. There will be Asian influences, as this is where we are, and it will continue to evolve.”

He adds that his signature dishes have yet to be determined, and “the guests will decide” what they are.

While Japanese produce was once his mainstay, “they are very expensive and I want to achieve a better price point that’s more accessible. You can do great things with humble ingredients That’s where skills come in.”

Most importantly, he just wants to cook “really tasty food” and not have to “compromise taste for looks or technique.” “Some chefs feel they have to show everything they know on one plate, but that is not needed. Sometimes, less is more. Most of the time, the technique is there, but you just don’t notice it,” he points out. What does he hope to achieve with this new place?

“First, I want the restaurant to be full everyday. Second, I want the plates to be empty when they come back to the kitchen. If I can achieve those two things, all the rest – awards and such – will follow. Not that awards are not important, but that is not the number one thing. Guests come first.”

Ispahan, a combination of lychee, rose, raspberry and coconut.

When Martin Wong left gastropub Tess Bar and Kitchen last year, it was with a new challenge in mind: to create a brand new concept that he could call his own, and which would succeed.

“I only had a dream, but it was not anything concrete at the time,” says the 37-year-old.

After months of refining his concept and pitching to prospective investors, he finally opened Mythz & Myths, which is currently in the soft opening phase.

“I got lucky, I managed to find investors. That was when I realized that being a great cook is totally different from running a business. Business is a new ball game. We need to stand out,” says chef Wong, who has been cooking for 19 years.

For him, the keyword is fun, hence the quirky name. Every three months, when the menu is refreshed, the music will change too. The team is also working with local artists to sell their works there. “I want you to feel like you’re at a big dinner party, and whether you’re alone or in a group, you can mingle and strangers can become friends.”

“I want a platform for local chefs to do something that they love, and we can build something together. I want to leave a legacy behind.”

The SHATEC alumnus who was part of the opening team at the now defunct L’Atelier de Joël Robuchon at Resorts World Sentosa, is another label-hater.

“My style is an accumulation of my experiences. I am trained in French techniques, Nordic cuisine is my interest, Asian food is what I grew up with.” So you will find fermentation and French techniques in a dish with some familiar Asian accents.

“I am Singaporean and I grew up eating chicken rice, laksa, char kway teow, and all these influences will slowly make their way into my menu. And one day, I want to bring these flavours overseas,” he adds.

(RELATED: 3 Singapore chefs get creative with this hawker dish)

Mb6 sanchoku wagyu striploin in charcoal-run Kopa oven where working temperature is between 250ºC to 350ºC.

Ever since he started cooking professionally, Angus Chow has always wanted a place of his own. Something small he would run with a few friends. He didn’t expect to end up with such a big 60-seater space, he says.

The 34-year-old, who was named Chef of the Year at the 18th World Gourmet Summit Awards of Excellence, 2018, left Japanese tapas and sake bar Boruto this June after three years to open Gake and realize his dream.

He visualizes Gake (which means cliff in Japanese) as a contemporary Japanese-European restaurant.

“I like to keep things as simple as possible. On the plate you will find a main component and a maximum of three other elements.

There may be foam and such, but once you taste it, you will recognize it,” says the At-Sunrice alumnus who worked at Les Amis and modern Spanish tapas bar FOC.

For example, he has a dish of fresh prawns roasted in a kopa charcoal oven topped with crustacean foam and white mirepoix stock. “This light, savoury foam helps balance the sweetness of the prawns without overpowering it.”

As for his motivation, chef Chow reveals, “I am doing this for my family. I want my daughter and son (aged nine and five) to see their dad achieve something while pursuing his passion. When I won the WGS award, my daughter was so happy that she put up the newspaper clippings at home. After that, I decided to fight for something more, so my kids can be inspired by my achievements. I want to prove myself on a bigger stage.”

The chef also finds himself “thinking a lot more these days” as “one wrong move can affect the business and the team.”

“You can have a clear vision of what you want, but most of the time, the final product does not come out 100 per cent  the way you first visualized it. The key thing is not to give up. And don’t be afraid to dream. If you don’t dream, you will slowly fade away.”

(RELATED: Why social media has gone crazy over the Singapore chefs in Magic Square)