Despite its belligerence, North Korea wants to project the image of a peaceful, dynamic nation. Businessman Raymond Cheok captures this on film. 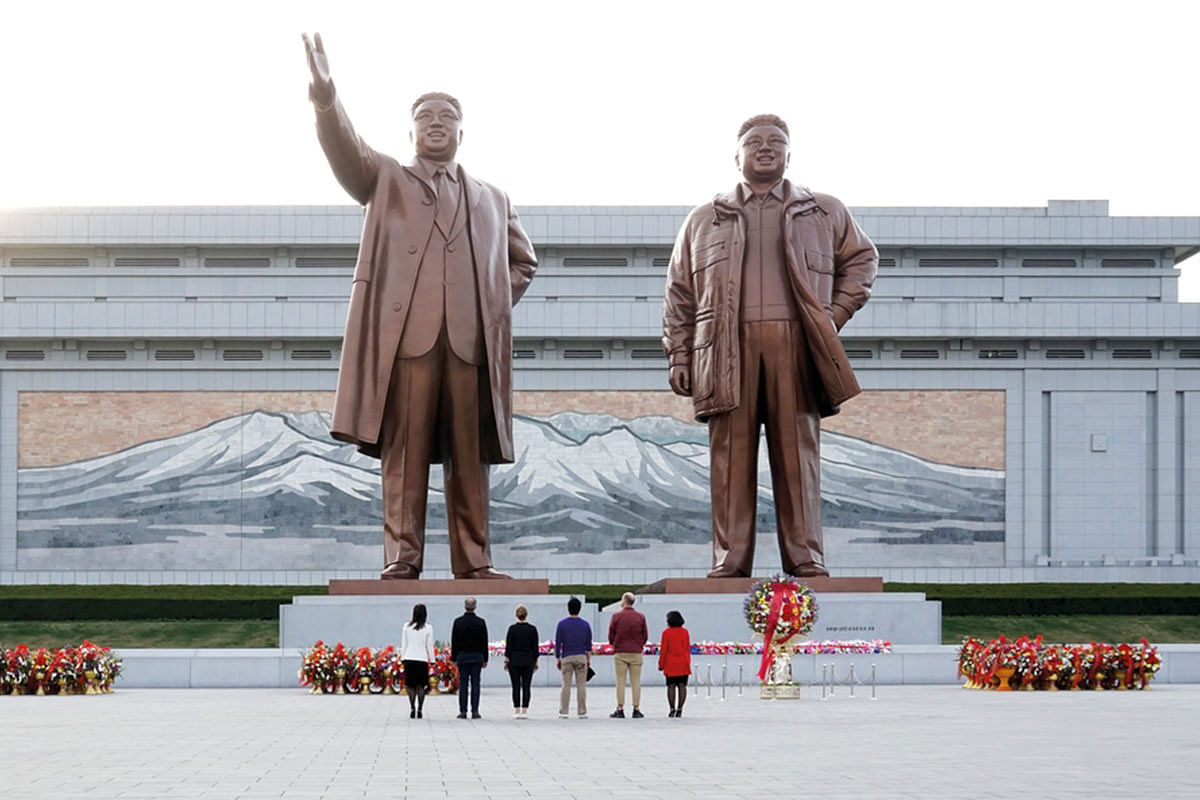 [dropcap size=small]H[/dropcap]is grey Nike Flyknits pound the eight-lane wide road that has been cordoned off for the day. The sun beats down as he presses on, bolstered by the cheering crowd lining both sides of the concrete. He continues into the stadium to finish, and is greeted by a deafening swell of applause. The crowd’s enthusiasm is infectious, propelling his run right up to the stands. He clamours up metal grills to high-five the grinning spectators who are dressed in their Sunday best, looking uncannily alike.

Singaporean businessman Raymond Cheok is about to finish a half-marathon in Kim Il Sung Stadium, North Korea. He does not know a single soul in the stands but he is euphoric – buoyed not just by the jubilance of thousands of strangers, but also the fact that he is finally visiting the country that’s long been on his bucket list of travel destinations.

To be sure, Cheok is a seasoned traveller who, after having been on the popular-destinations circuit, has covered more remote spots like the Galapagos Islands, Siberia, Easter Island and the Bering Strait. Later this year, he will head to Slovenia, Xinjiang, Pakistan, Iran, Iraq and Kazakhstan.

Swipe/click left or right to scroll. Click to enlarge.

Cheok, who owns an IT company, lets on that while his contemporaries splurge on supercars and high-end watches, he prefers spending on travel for the socio-cultural insights it offers. In the case of North Korea, the 50-year-old is curious about its self-imposed isolation and alienation from the capitalist world.

(RELATED: Why Singapore hotelier Chris Teo decided to set up in Kyoto.)

He signed up for a 10-day trip in April and was taken on a strictly guided tour that about 30,000 tourists get to experience each year. In addition to participating in the 28th Pyongyang Marathon – where foreign runners receive a warm welcome from the host in the form of a huge public turnout – he is given the chance to see plenty of monuments, including the mausoleum where the bodies of Kim Il Sung and his son lie in state, to watch a military parade on national television (foreigners are not allowed to attend), and to meet students at a high school.

Cheok’s aim was to judge if what the world says about North Korea is true – is it ruled by a brutal dictator who does not care for the welfare of the people?  He was left with more questions than answers.

He was surprised, for example, by the quality of the stadium’s running track, and wondered about where the country gets its resources and supplies.

To hear him tell it, North Korea is the only country in the world still governed by an obsolete system, with a people seemingly determined to maintain it. Despite the highly guided tour and restrictions on photography, Cheok reflects post-trip that this is a “totally misunderstood and misconceived country and regime” that is “stuck in the ’60s”. Let the photos and captions above tell the story.

(RELATED: Justin and Shuyi Liok spent a year travelling the world after marriage – here are their notes.)