Keong Saik eatery Olivia serves up a taste of Barcelona 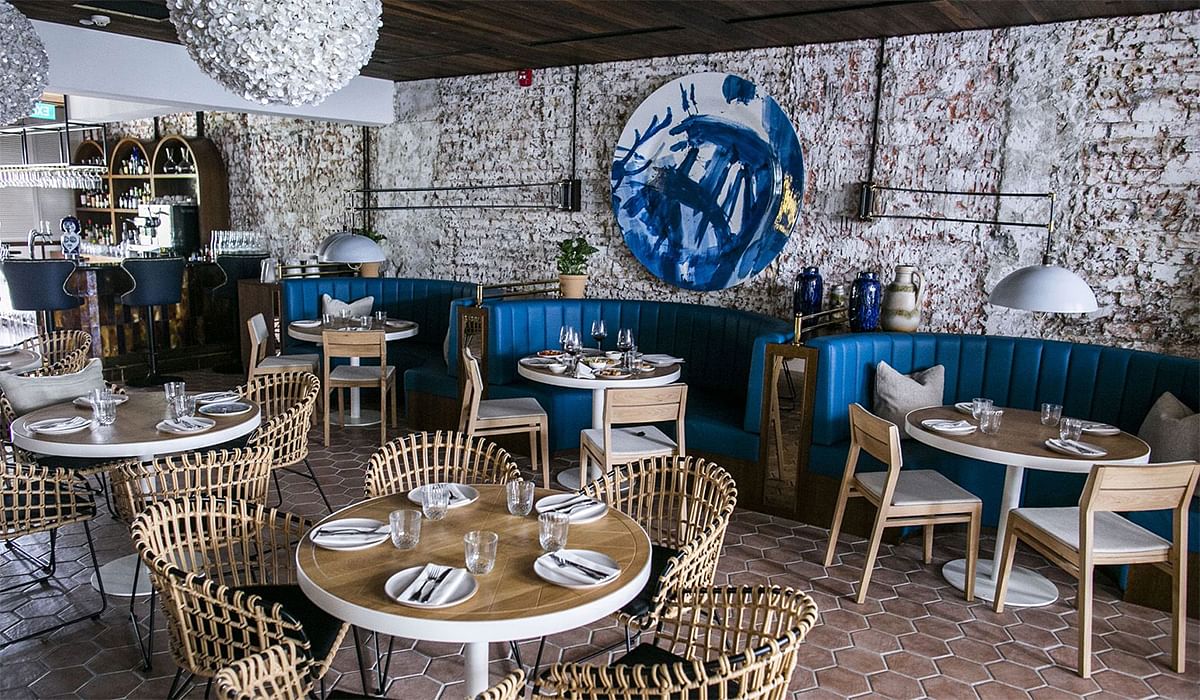 Welcome to Barcelona — not via a long-haul flight but a doorway on Keong Saik Road, where Spanish hospitality and food are on offer, and authenticity is really up to your interpretation.

Olivia is a pretty space with good vibes and some pedigree to its name. The chef and co-founder is Alain Devahive, ex-elBulli and Catalunya, presenting a streamlined menu of Catalan-inspired classics and tapas in a cheerful garden setting with lots of wicker and low-hanging lamps that could take your eye out if you get up too quickly to go to the bathroom.

It’s one of a cluster of restaurants in Kesa House, a bright, white-washed row of shophouses turned into a boutique hotel-millennial catchment area.

Olivia is a polished setup, with a small army of chefs in the open kitchen, and Chef Devahive at the helm. From the super-organised kitchen to the way the chefs move with such precision, it’s a set up not unlike that of a fine-dining restaurant, except that they’re pushing out casual comfort food from iberico ham croquettes to seafood stews and grilled steaks.

Suquet is a passable fish stew of mussels, monkfish and tomatoes.

While we’re not expecting el Celler de can Roca-level cuisine, we can’t help feeling that the bar is set a little low if the benchmark of quality is how well they can do Boqueria-level pan con tomate or a truffle omelette.

It’s a bit of a disconnect since Chef Devahive is clearly capable of pulling off a culinary trick or two. But after several years in Asia, perhaps a predictable menu of familiar favourites adapted to local palates seems to be the way to go.

A nice touch is the bowl of olives that you get to nibble on while deciding what to have. Pan con tomate (S$9) is a single slice of thick sourdough toast coated in olive oil and a thin layer of pureed fresh tomatoes. It sounds pricey for a single slice of toast, although it’s supposed to be some famous Triticum Barcelona bread that’s specially imported. We can think of locally-made sourdough that’s just as good, if not better, but that’s a moot point since we can only accept toasted, crunchy “crystal” bread (a thin, airier version of ciabatta) oil-soaked and dripping with roughly crushed sweet Spanish tomatoes as the real McCoy.

Bombas (S$8) are new to us and taste like balls of shepherd’s pie – minced beef wrapped in mashed potato – deep-fried in a crumb crust and topped with a dab of spicy sauce and garlic aioli. They’re amiable, comforting nuggets, much like the truffle and mushroom croquettes (S$7) filled with a fragrant, thick bechamel mixture that’s chockfull of minced fungi.

If the snacks are the equivalent of a ho-hum conversation peppered with small talk, the octopus, crispy pork belly and potato foam (S$35) is a deep, intense conversation. The chunks of tender, resilient octopus are enjoyable, but it’s the crispy, unctuous, melt-in-the-mouth nuggets of pork belly that seal the deal. Pulling it all together into a harmonious whole is the whipped potato foam and sweet caramelised onions.

The mark of Catalan cuisine is suquet (S$38), its success determined by the depth of the seafood stock used and the long-simmered onion-tomato mixture that is the foundation of this recipe. It’s hard to replicate here simply because you can’t get the same robust flavour that fresh Spanish seafood has, so we have to be content with a passable light tomato-ey broth filled with clams and bouncy chunks of monkfish. Waxy potatoes help to complete the stew, which is mopped up with more slices of Triticum toast.

Rice cooked in broth is another Catalan staple and differs from paella in the way it’s simmered in stock like risotto but without any cheese. Olivia’s Arroz Negra (black rice) is made with Carabinero prawns (S$30) instead of calamari on the night we’re there. The grains of rice are tender with just the right al dente bite, simmered in stock darkened with squid ink. It’s got more oomph than the suquet in the first few bites, although the saltiness gets to us after a while. The prawns, in turn, have a case of jetlag and aren’t quite as perky as they could be. Some aioli could have helped to add depth to the rice but none is offered.

Desserts are a sugar high that we’re happy to be on. Creamy cheesecake (S$14) has a lovely fluffy texture and a pastry base that’s tender with a cookie-like finish. The cinnamon-flavoured rice pudding (S$7) is way too sweet, especially with the brulee topping, but the tender-chewy grains are hard to resist.

While Olivia doesn’t hit any high notes, it doesn’t fall to a low either. So long as you’re looking for dependability in a comfortable environment, you’re in the right place.