At the new mid-century Ginza-inspired bar by Jigger & Pony group. 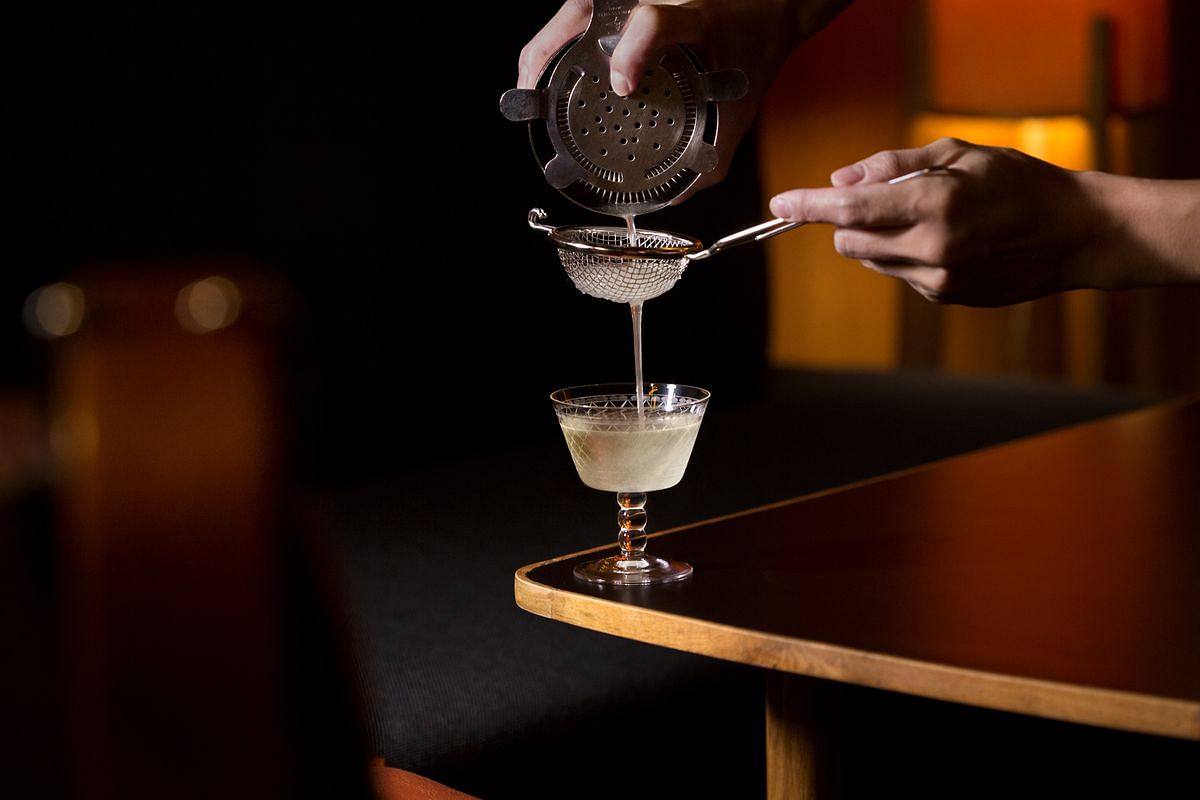 We’ve said this many times, and we’re saying it here again: a bar lives and dies by its stories. In the case of this one, it, well, lives twice.

Jigger & Pony group’s latest concept, Live Twice, takes over the space previously occupied by dive bar Flagship – and it couldn’t be any more different. It’s the homegrown group’s answer to the elegant Japanese-style cocktail bars that sprung up in Tokyo during the country’s postwar economic boom in the 60s.

While Live Twice has got the minimalist, elegant aesthetic – complete with washi paper-lined walls and cocktails of no more than four ingredients – down smack, the bar has none of the intimidating asceticism sometimes associated with Japanese-style bartending.

Instead, rock and alternative anthems (as opposed to, say, jazz) blares on the speakers while you lounge in furniture that reads like a who’s who of design: originals of the uncannily comfortable Falcon armchairs from Sigurd Ressell made in the 60s; stools from Eero Saarinen that could very well find a home in a design museum, and Giancarlo Piretti’s Alky (no pun intended, we hope) chairs.

Helming the bar is Leow Yinying, who has worked with group beverage director Aki Eguchi to formulate a 14-item short menu of artfully elevated classics.

Take their cocktail named for mizuwari – Japanese for “to cut with water” – the act of diluting a spirit, usually whisky, with water. At Live Twice, this is done with a blend Nikka Coffey grain, Nikka Coffey malt, and Hokkaido soft water all aged for at least three days in a clay vessel, which gets regularly topped up with more of the blend in a process not unlike a master stock that never gets thrown out – resulting in a deceptively simple-sounding drink that becomes a vehicle for ritual, aging, and ultimately, flavour.

Then there’s the James Bond and Nancy Sinatra connection in the name; so there’s a Vesper – a drink birthed into existence in Ian Fleming’s Casino Royale – on the menu. Made with Ki No Bi ‘sei’ gin, Ketel One vodka, and Tempus Fugit Kina – an aperitif bittered with quinine – to replace the now-discontinued Kina Lillet in the original recipe.

The food, too, is something to write home about. There’s a sando filled with a breaded patty formed of give cheese that beats out any kind of grilled cheese imaginable; and tuna katsu – the bar-food lovechild of sashimi and a fried cutlet.