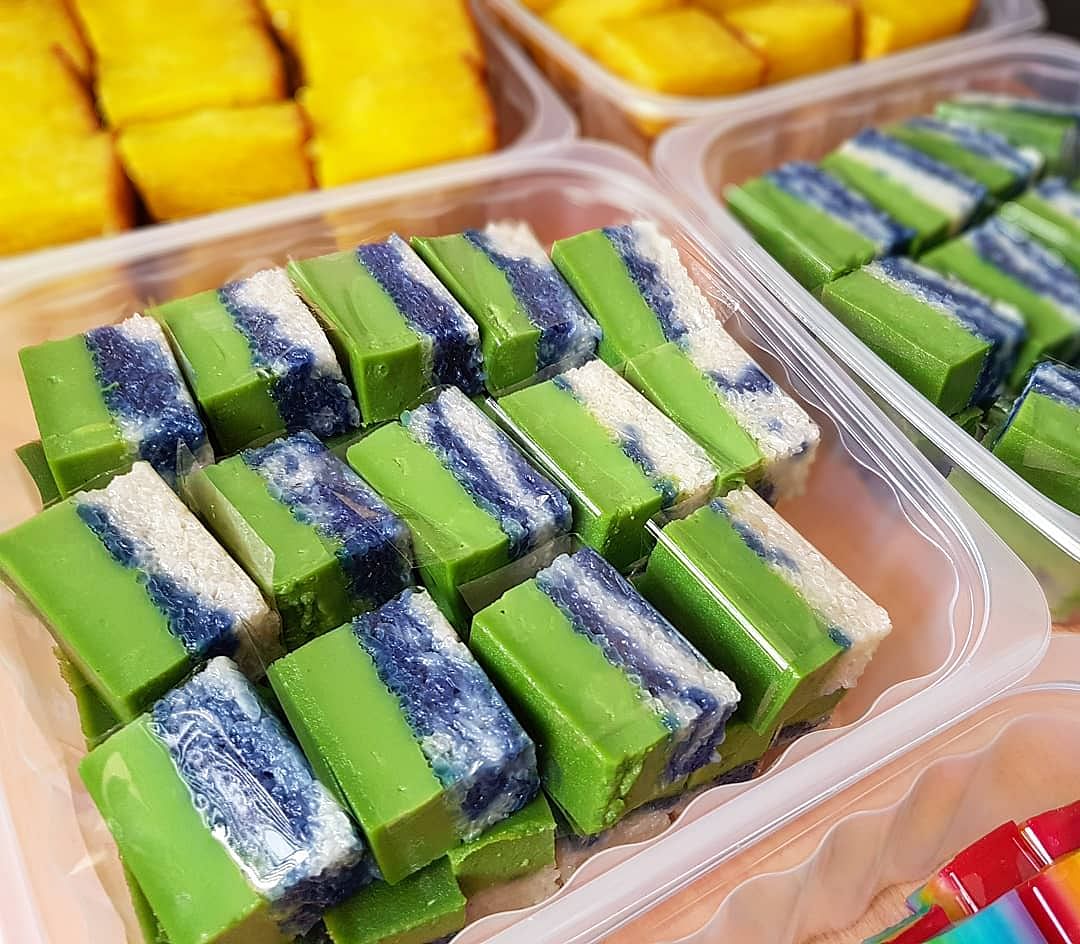 In the past couple of years, he’s felt a need to rekindle his Hakka roots, which led him to launch a brand-new offshoot of Antoinette aptly named Pang’s Hakka Delicacies – which focuses on recreating the authentic flavours of this dialect cuisine, sold only on a takeaway basis.

The first dish on offer is the classic Hakka Abacus Seeds – chewy discs of mashed yam from Thailand, boiled and sautéed with dried shrimps and cuttlefish, leeks, mushrooms and minced pork. It’s typical of a cuisine that’s “hearty and heavily seasoned, skewed towards fatty, salty and aromatic dishes that go well with rice,” explains chef Pang. “They were mostly farmers in the old days and needed food to give them energy to work in the field.”

He spent a lot of time on research, which was tough as there were few resources. “I get information from books, online, sometimes my mum, and my own memory – I had to piece them all together.”

He’s taken it upon himself to champion the cuisine because “if not me, then who?” he asks. “Hakka food might just die a natural death, but by doing what I can, I hope it can be accepted by a bigger market.”

Because recipes were scarce, he spent many weekends testing recipes and developed his own version for the abacus seeds, which he picked because of Chinese New Year. As the seeds are shaped somewhat like gold ingots, “it’s a symbolic dish that Hakkas eat so that they will have more money to count in the new year, or something like that”, he reckons.

Chef Pang also includes Hakka dishes on the food menu of Antoinette such as thunder tea rice, Hakka gnocchi and noodles but fuses Hakka and Western techniques. He doesn’t do that with Pang’s Hakka Delicacies because he wants them to be unadulterated Hakka cooking.

“The taste of authentic and traditional rustic Hakka flavours are hard to come by and we emphasise traditional ingredients and methods – we want to recreate that nostalgic flavour so you can experience Hakka cuisine in its purest form.”

Abok abok sagu. Apom berkuah. Kueh chara pandan. Putu tegair. If you’re a fan of esoteric or just lovingly handmade Peranakan kueh, you may well know Alan Goh, a food and travel blogger who makes and sells a selection of long-forgotten dishes and kueh as a tribute to his late mother.

Says the former school teacher who is now a full-time science tutor: “I started writing a food and travel blog in 2008, but only took it more seriously in 2011 when my mother passed away suddenly. My family was devastated, and blogging became a way for me to record my thoughts and memories of my mum, especially the time we spent together in the kitchen. She was a brilliant cook who insisted on cooking all our meals even though she worked the graveyard shift as a factory worker. So I used the blog to document all the recipes I learnt from her and my grandmother.”

As he became more serious as a food blogger, he also delved more into heritage cuisine and traditional techniques. He started cooking and making kueh for potluck gatherings and friends, who pressed him to take orders from them. Eventually, business grew by word of mouth and he started selling the kueh on his website.

“The more ‘elusive’ kueh I make such as kueh chara pandan and putu tegair are seldom found outside Peranakan homes,” he notes. They’re ‘elusive’ because of the work that goes into making them, “which is why not many folks want to go down the path of preserving heritage cuisine the traditional way,” he says. His speciality, apom berkuah, for example, requires working with a finicky fermented batter that produces light, resilient pancakes eaten with either banana or durian pengat.

The walking encyclopaedia of Peranakan food and customs enjoys engaging with his customers, and accepts special requests such as less sugar. “All kueh are made just hours before collection time to ensure maximum freshness,” adding that he works late into the night to ensure this.

Mr Goh has no concrete plans to start a cafe or eatery. “For now I am still trying to grow my base as well as polish my craft. Perhaps the right investor who believes in my work and shares the same passion in preserving local cuisines may come along!”

While not traditional per se, an enterprising food-loving duo are giving the humble gyoza a modern spin while maintaining a home-spun, artisanal touch.

Says 44-year-old Ms Lee: “It all started at a steamboat dinner with our group of friends. We all really love eating dumplings, but felt that the ones from the supermarket were quite bland, and we wondered why no one was doing anything about it.”

Since that conversation some nine months ago, Ms Lee has left her job in the finance industry to run Pin Dumplings full time with her business partner. They spent months visiting hawker centres to get ideas for new flavours, concocting their own recipes, and getting feedback from friends and family. Ms Lee says she was inspired by the success of the many small businesses that have sprouted recently to offer locally-inspired products like salted egg chips and nasi lemak cookies.

“I think some of the ideas out there are much bolder than ours, because ours incorporates tradition with just a slight twist. Everyone is familiar with the five flavours that we have, and locals love a lot of spice.”

She currently labours each day in their commercial kitchen, hand-making about 1,300 dumplings a day or more with her co-founder, while also juggling logistics and administrative work. The dumplings are sold only through their website at S$10.90 for a box of 15, with a flat delivery fee of S$5.

Delivery is outsourced to their own close friends who are free to make trips in the evenings. Ms Lee hopes to foster a kampung-like spirit down the road, by hiring stay-at-home mums who might want to earn a bit of pocket money.

“Of course there are people who tell us to dream big, and think about going beyond Singapore. And we eventually want to introduce more flavours or products but we won’t do so for another six months or so,” she adds.

“We believe handmade-products always taste better than something mass-produced. So while we won’t say never, for now we don’t intend to use machines to produce our dumplings. If business is good, we’ll just have to employ more hands.”