A luxury resort in the Maldives offers guests the chance to sleep with the sharks in a dream-like, watery marine setting. 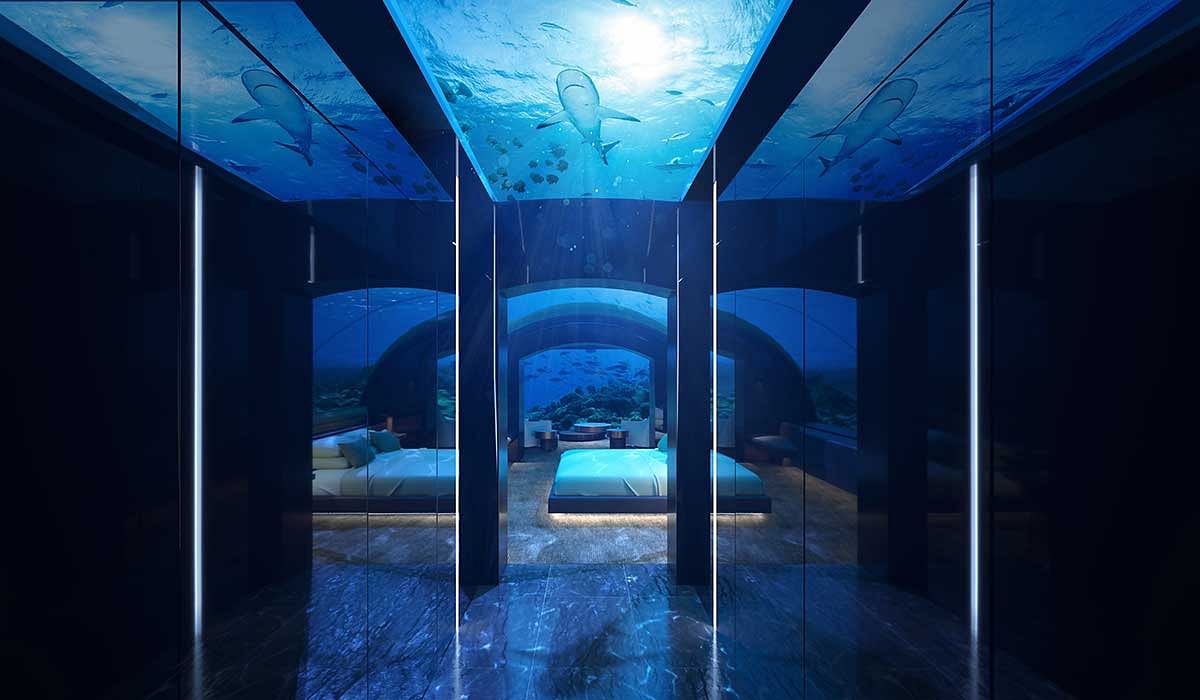 In the race to bag the title of world’s first undersea residence the Conrad Maldives Rangali Island looks to be in the lead, having announced that its US$15 million (S$19.8 million) residence The Muraka will open later this year.

Named after the local Dhivehi word for coral, the residence will span two levels, with the lower space featuring a king size bedroom, living area, bathroom and spiral staircase that leads to the upper floor.

(Related: Why you should check into Hurawalhi, a luxury outfit in the Maldives)

When they need to come up for air, guests can climb upstairs to the first floor, which houses a living space, two more bedrooms, bathroom, gym, butler’s quarters, security quarters, kitchen, bar, and dining room.

The infinity pool and deck have been designed to face the direction of the sunset for optimum viewing.

The Muraka can accommodate up to nine guests.

The Conrad Maldives Rangali Island also became the first to open an undersea restaurant, the Ithaa, which is now in its 13th year.

The title of world’s largest underwater restaurant, however, goes to its sister property the Hurawalhi Island Resort, which opened the restaurant named 5.8, in reference to its watery location 5.8 meters below sea level.

Meanwhile, Dubai is also in the midst of building the world’s first underwater luxury resort which will be modeled after the city of Venice.

The Floating Venice will be located 4 km offshore from Dubai’s mainland and feature an underwater space that includes guest cabins, restaurants, and underwater spa.