Chef Jake Kellie will be competing in the S.Pellegrino Young Chef Southeast Asia Regional Finals on October 23. The 26-year-old tells us about the lessons he’s learnt in his culinary career to date. 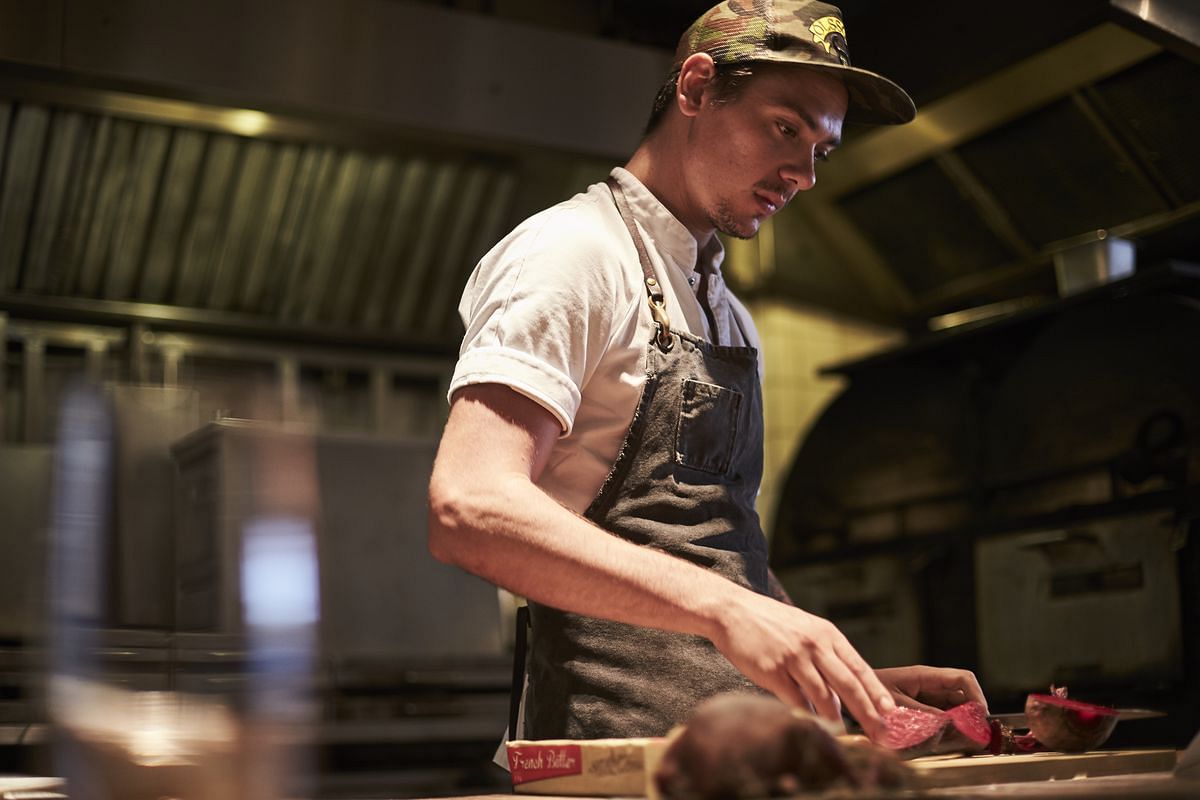 Australian chef Jake Kellie arrived in Singapore in January this year to take up the role as head chef of Burnt Ends. On October 23, the 26-year-old S.Pellegrino Young Chef semi finalist will be competing with 10 other chefs at the Southeast Asia Regional Final. The winner will represent the region in the S.Pellegrino Young Chef 2018 grand finale in Milan, Italy, next year. Kellie tells us more about his culinary journey and also the inventive aged pigeon creation which will be judged by four top chefs including the venerable Tetsuya.

Tell us more about your culinary background?
I was born and bred in the Central Coast in New South Wales. I started cooking when I was 16 in a small French restaurant. I moved to Sydney and did an apprenticeship at Aria (by Matt Moran). I then moved to Melbourne to work as chef de partie at Maze (by Gordon Ramsay). I left and went to the UK to stage at The Fat Duck for a month. I then got a role at Ledbury in London. I came back to Melbourne and took my first head chef role at 23 in a small restaurant in Fitzroy called Commoner. That’s where I had the opportunity to start doing my own food. I was there for two years learning how to run a business. That was a beneficial role.

After that, I wanted to take a step back and learn more. So I went to work with my mentor Scott Pickett of Estelle in Northcote, Victoria. After a year there, I won the award for Australian Young Chef of the Year. I also did an appearance on MasterChef Australia. These opened a lot of doors for me, and Scott guided me along the way. After that I also opened a restaurant called the Lakeside Mill outside of the city. My prize for Australian Young Chef of the Year was a return flight to Italy. In November last year, I stopped over in Singapore and met Dave (Pynt) whom I got along with really well. He had a good chat with me. During my trip in Europe, Dave called me about this job at Burnt Ends. I felt really humbled and privileged to come and work in this restaurant. So I said yes, and started working here on 17 January.

When you were asked to head Burnt Ends what was your expectation? How has it been like working with Dave?
Dave is such an instrumental and charismatic person. He comes to work for the purpose of work. We always strive to make the business better. I really enjoy working with him. If he wants to come up with some dishes, I’ll help him bring that to the table. I also learn a lot about management skills. And how to manage the team and have a team around you that also want to work for you. It’s nothing worse than having a restaurant team that doesn’t like you. If you don’t have a good working relationship with that staff member, you don’t get 100% with them. So it’s been a massive learning point for me. The team here is solid and very experienced.

What are some of the biggest lessons you have learnt in your culinary career?
The biggest lesson I’ve learn is from Brett (Graham) of the Ledbury – he’s very humble, self contained, and his food philosophy is so strong. He never changes anything just because someone is doing something different. He always sticks to his guns and what he believes in. I was 19 when I was there. So it was a big stamp on my mind – just to stay true to what you want to do as a chef. And to keep everything grounded and most importantly, the food has to be tasty. I also learn from Dave not to slow down, and to keep going. He’s very driven in teaching his staff the right way. He always says to me: “I want you to leave here better than I am”. To hear your boss says that to you, it leaves you in good stead for the future.

Could you describe your aged pigeon dish and the inspiration behind it?

I wanted to serve something on the plate that’s me. Pigeon is my favourite meat to eat. And something that would reflect me as an Australian. I wanted to incorporate some sort of unique native Australian ingredients for this dish. The whole pigeon (from France) is dry-aged for eight days in native Tasmanian pepper leaves and strawberry gum, so you get these sweet peppery notes. The pigeon is then roasted. The compote is made of aboriginal riberry from Northern Queensland and it’s combined with blackberry and finished with finger limes – so it’s sweet and sour, and the finger lime pops in the mouth. On the side, there are some condiments such as roasted pigeon leg, salt-baked beetroot and a parfait tartlet made using the liver of the pigeon. And this is presented with a roasted pigeon broth whose glass is seasoned with an eight-year- old fortified wine.

What are some of the food experiences that you’ve enjoyed in Singapore?
I live not far from Tekka Market so I always go there for a walk on Sunday. I’m always keen to try chicken rice and chilli crab. We always go to a place down the road called Sin Hoi Sai, and also JB Ah Meng for suppers.