Meet Sebastien Bras, the only chef the Michelin Guide ever listened to

The celebrated chef of Le Suquet managed to return the restaurant’s three Michelin stars. For a taste of food that’s too good for the guide, head to The Datai Langkawi. 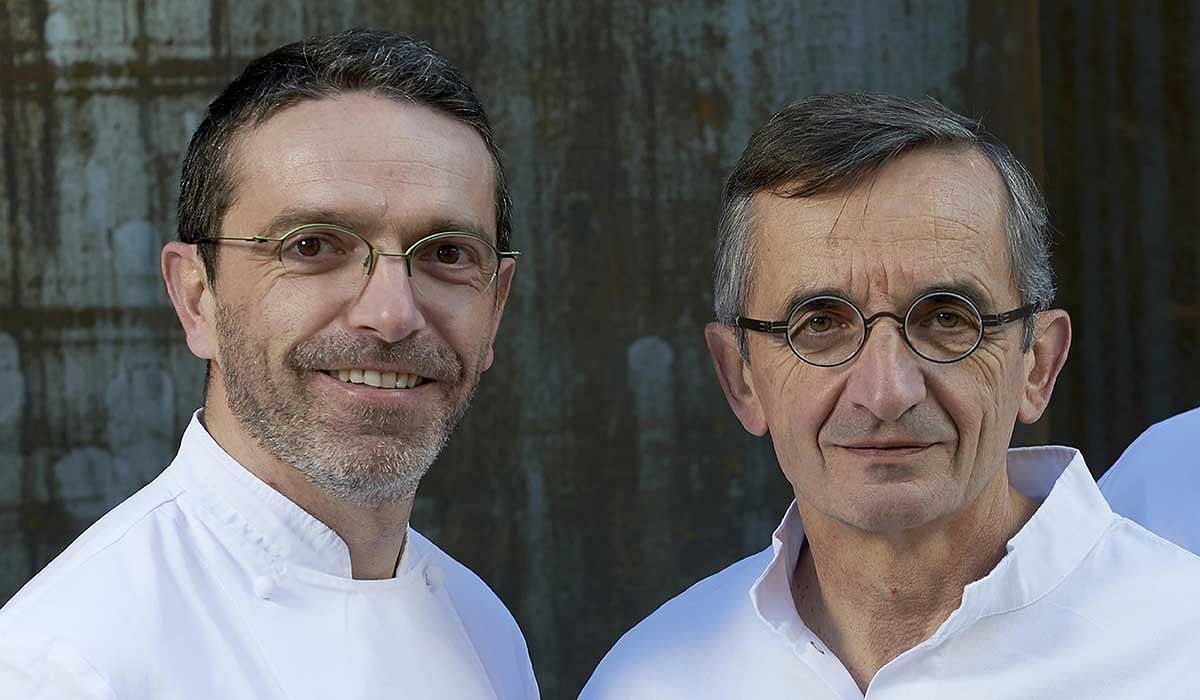 Not all chefs view the Michelin Guide’s stars with trembling reverence and awe. Some have tried, futilely, to return them. Others have gone as far as to shut down their restaurants or change their concepts entirely to escape the scrutiny that comes from being marked by the guide rouge. There is also the well-documented case of three-star chef Bernard Loiseau who ended his life in 2003 after hearing rumours that he would lose his third star.

Which is what makes chef Sebastien Bras (pictured above with his father, Michel Bras) so special. His restaurant in southern France, Le Suquet, has held the Michelin Guide’s highest ranking for 18 years, but when he finally decided last year that he’d had enough of the pressure, the guide actually accepted his request for removal — something it has never allowed before.

“I thought very seriously about leaving the Michelin guide. I had the impression that it was more of a brake than an engine in my culinary creation and I wanted to regain some freedom,” Bras says. “It was a difficult decision but I wanted to keep cooking and live happily for the rest of my career. We talked about it as a family for a long time but it I was I who made the final decision.”

Restaurants that were dropped in the past were due to concept changes or the chefs retiring. Perhaps fearing Bras would shut down or transform Le Suquet into something else entirely, the Michelin Guide acquiesced. Because it would indeed be a tragedy for the culinary world to lose Sebastien and his father Michel, who helps to run Le Suquet and the other Bras restaurants.

Because of Le Suquet’s remote location above the village of Laguiole in the Aubrac region of France, the Bras chefs are firmly rooted in the region’s bounty, with dishes showcasing the Aubrac mountains’ many plants and vegetables. “I believe that in creation, everything is pretext for inspiration: a trip, the products, architecture, a line from Moliere. But it takes a leader to marvel, to ask questions, to project, and to have a child’s eye on his environment. Whatever the case may be, the foundation for my creation will always be the Aubrac territory.”

Better yet, Bras actually attributes part of Le Suquet’s success to the fact that it’s really hard to get to. It’s a ten-hour train ride from Paris followed by an hour’s drive through the Aubrac Mountains. “We have a singular place, unique and lost in the middle of Aubrac. It is bathed by a magic environment. We are very proud of this because filling a restaurant in a region with just three inhabitants per square kilometre was a huge challenge. So to the people take the time to make the trip: prepare to have a good time.”

Bras would like to make it clear that cooking is a vehicle for transmitting his emotions, and tells the story of his territory. But it also tells the story of family. His grandmother was a chef at her inn in Laguiole, while his father earned his three stars in 1999 with his eponymous restaurant, also in Laguiole. “I spent all of my childhood in the family restaurant, Lou Mazuc. The kitchen was my playground and the memories of cooking, tastes, colours and smells are engraved in my memory,” he says. The first dish he made that his father accepted without comment was a loaf of bread with candied rhubarb stems, a hint of milk skin and strawberry liqueur.

“Working with family is a very rich experience. Michel brings his experience and his vision while I bring my youth, passion and desire for change,” he says. “It requires great mutual respect, which we have always had through all these years of collaborating.”

And now, the best part: you won’t have to travel all that way to get a taste of what this father and son team can do. To celebrate the reopening of The Datai Langkawi, the hotel is bringing back its Signature Chef series, and Michel and Sebastien Bras will be there to kick off this new chapter. The culinary event will be held on Dec 19 and 20, and the chefs will be sourcing ingredients from The Datai’s garden and surrounding rainforest. Master sommelier Laurent Chaniac from London will also be present for the wine pairing option.

(Related: All the Michelin stars in Singapore’s 2018 Guide – no 3-starred restaurant this year)