It took him a few years to be comfortable in his own skin, and Sun Kim is not about to let anything change that – not even the pressures of maintaining his restaurant’s Michelin star rating. 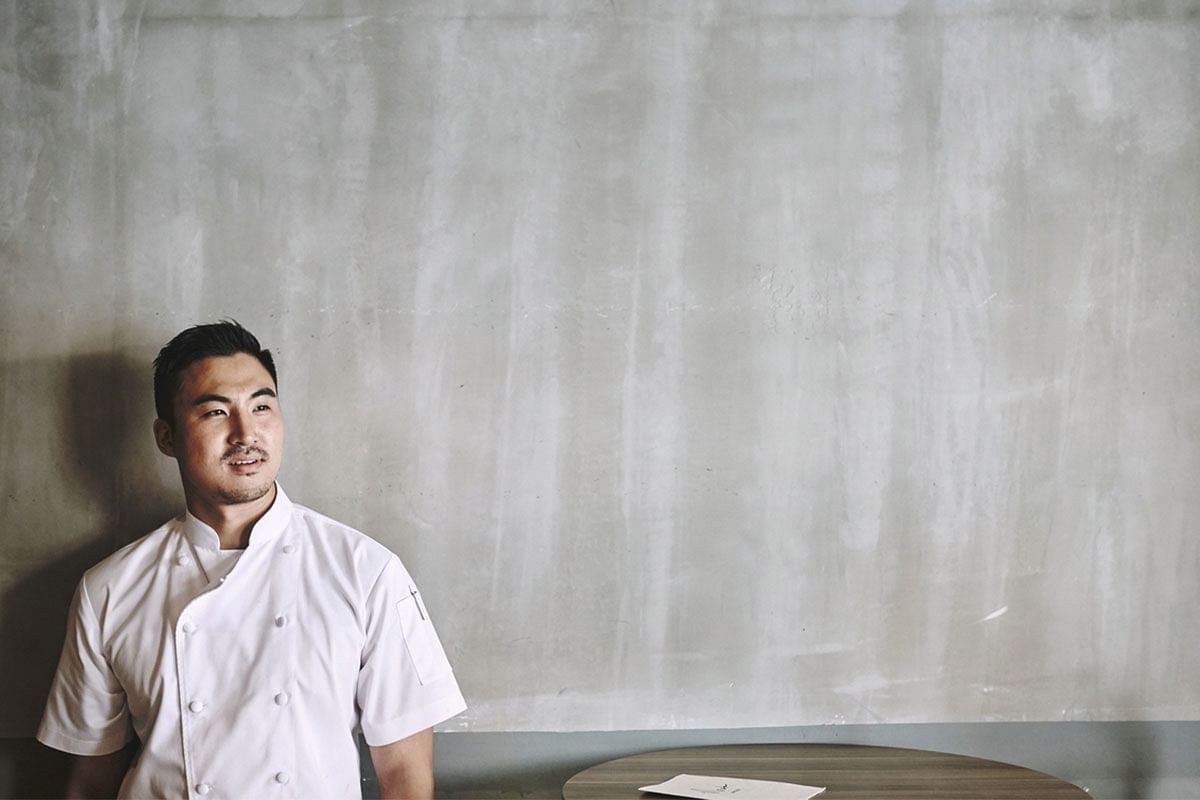 [dropcap size=small]S[/dropcap]outh Korean-born Sun Kim earnestly tells the story of the latchkey kid who, through necessity, discovered that he really enjoyed cooking. It was this passion that sustained him when he was enduring harsh treatment at the bottom of the pecking order in restaurant kitchens – be it at the tonkatsu shop in Seoul where he interned during school holidays as an 18-year-old, or at the renowned Tetsuya’s in Sydney, Australia.

He had fallen in love with the restaurant after reading chef Tetsuya Wakuda’s
cookbook, and learnt English in six months so that he could apply to Le Cordon Bleu Sydney and get himself one step closer to the restaurant. When he did not get a response after sending more than 20 job applications, he started to loiter at its entrance, hoping to pass his resume to staff.

Eventually, in 2012, Kim scored himself an interview and a cooking test at Tetsuya’s – during which he was asked to cook a piece of duck breast that he did not realise was cured. He was convinced that he had botched his only chance and was devastated, but that fear was unfounded. He would later become the person whom Wakuda took along while on the road for promotions and guest chef stints. Kim was seconded to Waku Ghin, Singapore when it opened in 2010. After five years working with his internationally acclaimed mentor, he decided to return to South Korea. 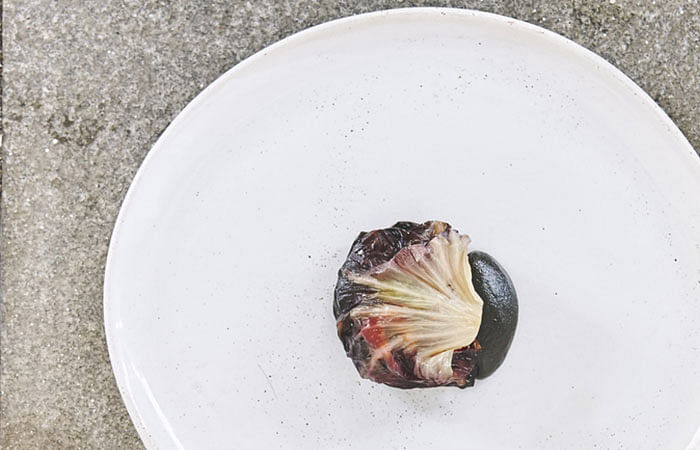 At that point, Kim was roped in by an investor to start Meta at Keong Saik Road (the original chef from New York couldn’t get his work permit sorted out). The opportunity was hard to pass up, and Kim dived into the deep; within a week, he was opening the restaurant, with a team who didn’t know him, or his cooking, for that matter. And, as it turned out, Kim didn’t know what his food was either.

“The first two months were hard. The media came and they weren’t very positive. It didn’t feel good, especially because there wasn’t enough time to prepare and I didn’t really know what I was doing at that time. Coming out on my own, I suddenly realised that I was just trying to re-create what I had been taught,” he says. “I told myself I had to quit that habit of cooking what I was familiar with, and find my identity.”

Kim dug deep into his taste memories: the soups that his mother – who operated a small family restaurant – would leave for him and his elder brother after school; the hawker fare that he and his Singaporean wife enjoyed together (“hor fun reminds me of jajangmyeon; and ban mian tastes just like my mum’s handmade noodles,” he offers).

Slowly, working daily with his team to create, experiment and taste new dishes, the menu changed to display a Korean influence. The result: The fare can’t quite be labelled as French-Korean or Mod-Korean, for it has elements of Chinese cuisine, and perhaps the injection of a South-east Asian ingredient. Think a dish of slow-cooked octopus in a mix of gochujang and house-made XO sauce, topped with artichoke puree, caramelised radicchio and Chinese-style garlic crumble.

“The Korean element comes from a taste profile that I am familiar with: gejang,
gochujang, soya sauce. But I didn’t want to make it overtly Korean either. I like to cook Western food. I like to eat Asian food. It’s a meld of the two,” he says, adding: “It is just my food. It is Sun Kim’s cuisine.”

Today, he is in a happy place – and it is not so much because of the Michelin star. “Now I am confident of what I am doing, be it working with my team, working with new ingredients, or even talking to diners and the media. Also, I am planning to open a bistro-style outlet in Amoy Street in 2018, so that my team can have the opportunity to do more.”

He adds: “I am happy with the Michelin star, but I am not going to change anything to gun for two stars. We are already giving our 101 per cent – and my team is fantastic because they know me so well. Once, one of my commis stopped me from sending a dish to the table because he felt it wasn’t to my standards!” Kim continues, “If the inspectors don’t like what I do when they come next year, it’s just too bad for us. It’s not that I don’t care for the star, but it is important that we enjoy every moment that we work here.”