Nouri’s Ivan Brehm works up an appetite for food, arts and culture in his new lifestyle space

More than just a meal. 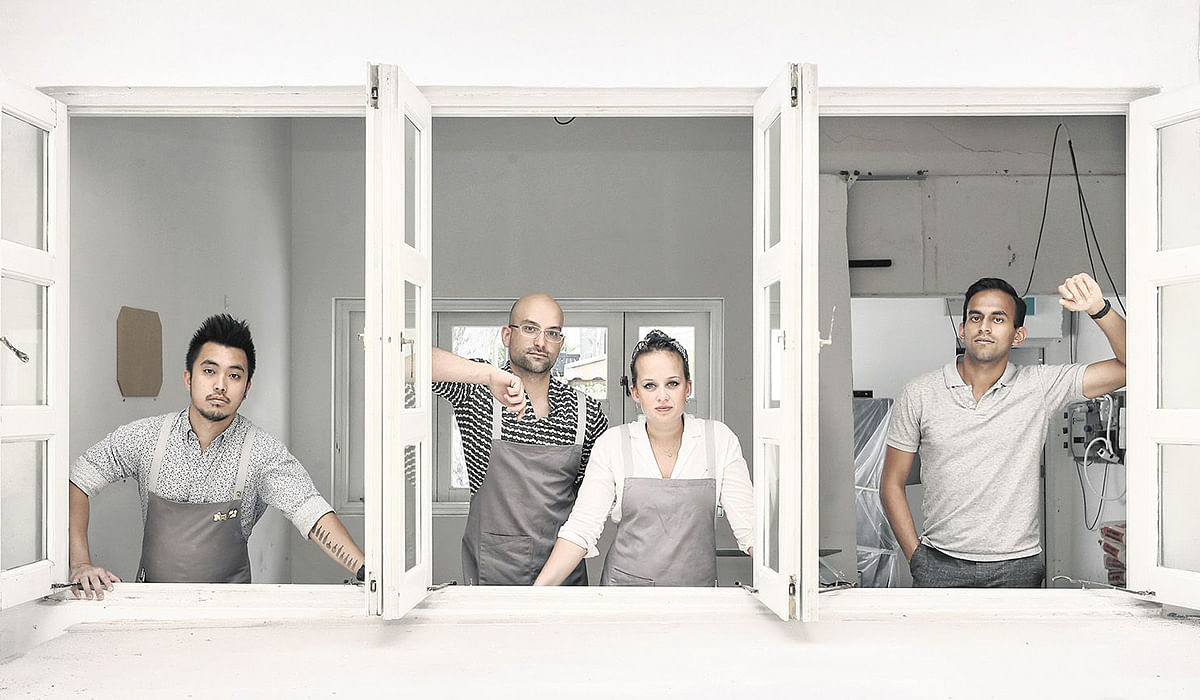 Ivan Brehm woke up one morning a little more than a year ago with a voice in his head that came out of nowhere: “The upstairs unit is going to be vacant. You should talk to your landlady.” It was weird because there was a lawyer’s office above his Michelin-starred restaurant Nouri on Amoy Street, but when he called his landlord she said, yes, the unit was going to be vacant in a month’s time and was he interested in taking up the space?

He was. It took months of negotiations but come end March/early April, the chef-owner will launch Appetite, a new concept on the second floor of the shophouse space.

Not quite an F&B-centric concept, Appetite is Chef Brehm’s way of translating Nouri’s ‘crossroads’ philosophy into a social space. Think of it as a place for like-minded people to bond over art, music and culture while appreciating the culinary narrative that Chef Brehm brings to the table.

It’s a logical progression for the 36-year-old chef who’s built up a strong international reputation for his anthropological approach to cuisine that he terms ‘crossroads’ cooking, which highlights the many ways in which different cultures intersect and produce dishes that show how people around the world are more similar than we think. In fact, February will see him headed to New York to give a talk at New York University about Nouri’s research arm – also named Appetite – which he works on with his research head Kaushik Swaminathan to document their work on food culture and identity. But Appetite the lifestyle space – designed by Akira Kita who also did Nouri – is more about bringing people together in a convivial space. “There’s an intense art and music focus, with an art viewing space and 3000 records making up a very strong music curation programme that we’ll be playing 24/7 when we open,” he says. “We’ll also have a private dining room that seats 10 and which also operates as a research and development arm for Nouri downstairs.”

The dining room will offer an experiential menu once a week for 10 people which Chef Brehm will personally cook “and I’m really looking forward to the idea of being there with the guests personally and focusing 100 per cent on them”. The menu will be completely different from what’s featured in Nouri as “half the menu will be purely based on our R&D work and the other half will be gastronomic dishes that are based on ingredients we have access to”. Besides the weekly dinner, it’s also open to private bookings and events.

(Related: Chef-owner Ivan Brehm on what to expect from “crossroads cuisine” at the new Nouri)

Apart from that, “We’re doing an F&B programme that’s focused on artisanal produce – artisan farmers and manufacturers of everything from beverages to chocolates. We want products that are made by masters of their craft who have a story to tell. We’re looking at specialty canned Spanish tuna, anchovies, cured meats like Cecina (cured beef) and artisanal cheese. We’ve got chocolates by Claudio Corallo – the best chocolatier in the world who’s based in the middle of nowhere in São Tomé and Príncipe in Central Africa.”

There’s also an important educational component in Appetite. “We’ll have small masterclasses and workshops five times a week for 15 to 25 people, led by leaders of their respective fields but not with a specific focus – it’s about bringing people from different walks of life to rub shoulders with each other,” says Chef Brehm. “It could be a workshop on jazz in the 60s or our first exhibition which is about the female form by female artists. (People) may have nothing to do with visual arts but when they start to frequent this place maybe conversations start and the mind opens up a bit.”

He adds, “We’re essentially trying to create an entire business model that capitalises on the idea of people being together, meeting and exchanging in the context of a food and beverage business.” He feels that there isn’t really a concept like this in Singapore because of the high business risks but he believes that the various F&B components can make Appetite profitable.

“What I want to create is a place where people could, at least for a second, in the context of enjoying themselves stop and go ‘Wow, I’ve never looked at the female form this way’ or ‘I’ve never thought about culture that way’ – and if we have an impact of one out of 10 that would be amazing.”