Prized whiskies from the legendary Karuizawa distillery are going on auction, April 5 – 17

Investment-worthy bottles from a “ghost distillery” are akin to unicorns in the whisky world. 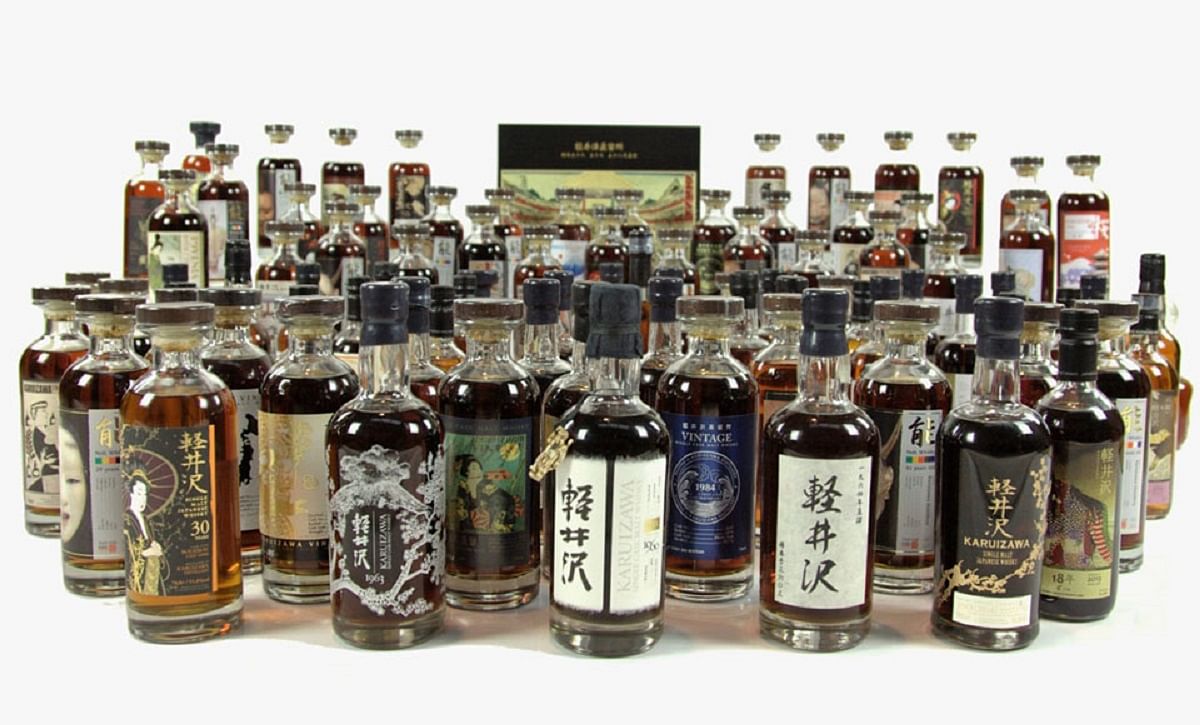 [dropcap size=small]W[/dropcap]hether you’re a whisky collector, investor or just a plain imbiber, rare bottles from a “ghost” distillery are a thing of wonder to sample. A distillery is so named when its production has ceased, but its bottles continue to mature and be released for sale.

Approaching almost a mythical rarity are bottles from the fabled and now-closed Karuizawa distillery, formerly in the Nagano prefecture. The makers checked off all the quality boxes: Golden Promise barley from Scotland, casks from Spain, and the obstinance to stick to traditional whisky-making methods in a time where corners could have been cut. Being at the foot of Mt Asama, an active volcano, the water used in the distilling process had an interesting minerality to it – which translates to the crisp and mineral taste profile that further defined the Karuizawa dram.

These factors, and the fact that they were the smallest whisky distillery in Japan prior to shuttering in 2000, has resulted in impossibly high demand versus a zero-sum supply situation; the perfect conditions for collectors and investors alike. Case in point: a 2015 auction of an extremely rare Karuizawa 1960 bottling fetched S$165,000. Not surprising, as only 41 bottles were ever released.

So when an anonymous German collector puts up his stash of Karuizawa bottles for auction, the whisky world listens. The collection of 290 individual bottles took over a decade to amass. It was probably well worth his effort, too, as Whisky101’s tracking index for Karuizawa whiskies shows 300 per cent growth over the last three years.

Among the gems are the 1963 50 Year Old, a 1964 48 Year Old – and one bottle of the famed 1960 itself. The average prices of each bottle, sans the ultra rares, are expected to hover around the S$3000 mark. A Scotland-based platform, Whisky Auctioneer, is heading the sale, which begins today, April 5, and ends April 12, 2017. Pick up the credit cards, because unicorns like these are few and far between, and not many investments are as tasty as liquid amber.