Former head chef of award-winning Quay opens his first restaurant Whitegrass in Singapore, where he introduces native Australian produce with a local twist. 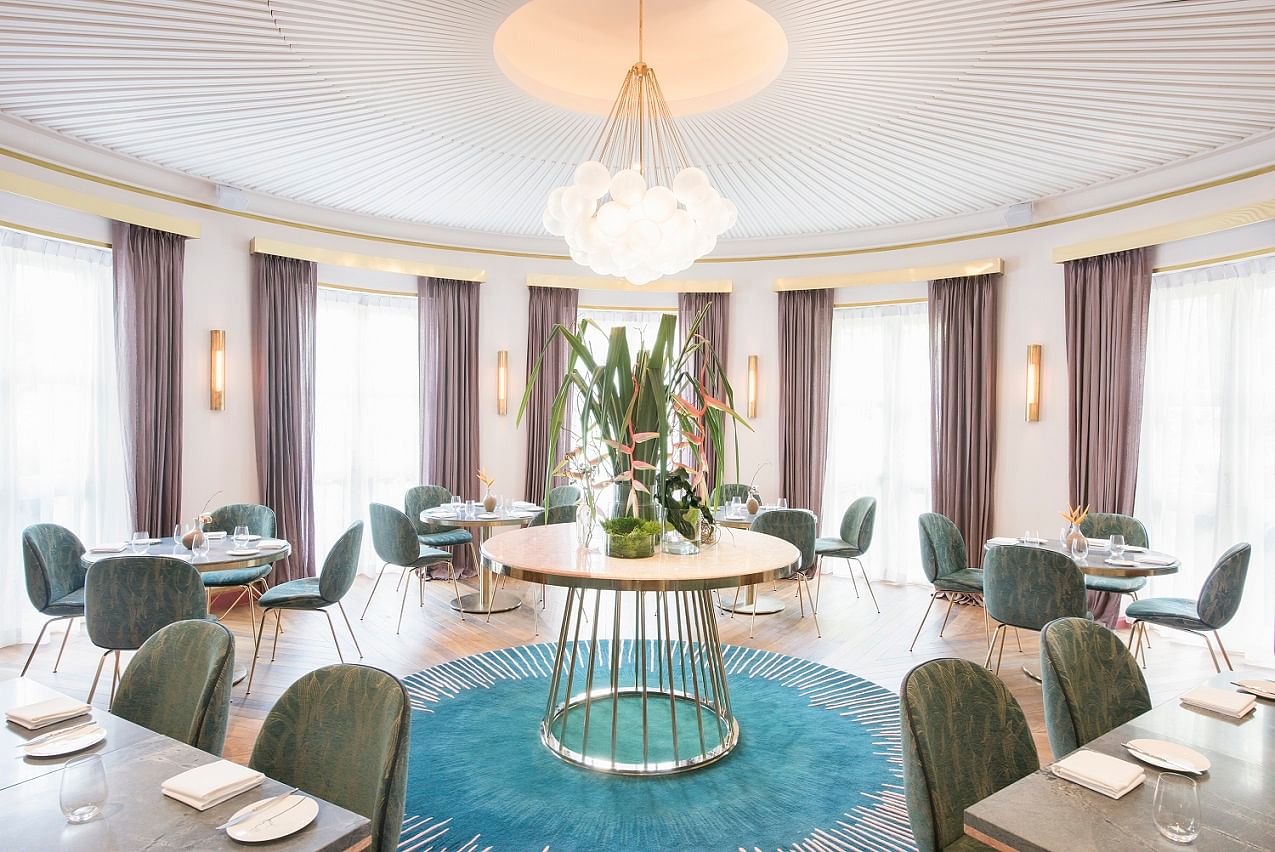 [dropcap size=big]S[/dropcap]am Aisbett is the latest to join the line of pedigreed chefs in town. On his resume: Three years as head chef at award-winning restaurant Quay in Sydney. Sous chef at Tetsuya’s in Sydney for nearly two years.

Now, with Whitegrass to call his own, the stage is set for Aisbett’s solo act – and he’s flying on a series of firsts. First time running his own restaurant. First time outfitting a restaurant from scratch. First time tasting local produce like century egg and jackfruit.

It’s a good excuse to fall back on if things don’t work out. But there’s no need for that, because Aisbett has the Midas touch right now.

The 70-seater restaurant with a 24-seat alfresco bar located in Chijmes is designed by local studio Takenouchi Webb, also the artists behind dining outfits The White Rabbit and The Black Swan. Here, a palette of soothing pinks, forest greens and light blues has been chosen to reflect Aisbett’s love of nature. The indoor space is also smartly divided into three intimate dining rooms, each decked out differently with dark onyx mirrors, funky zebra-striped sofas and whimsical wall murals that invoke a sense of home.

On the menu is where Aisbett’s fascination with century egg and jackfruit plays out. Of the “100 year egg”, Aisbett – who tried (unsuccessfully) fermenting  his own version of the pungent black egg – has turned the whites  into a mild jelly-like consommé that complements the richness of butter-poached quail breast topped with toasted flax seeds and shards of dehydrated roasted milk for crunch. The slightly cloying sweetness of jackfruit is toned down in a smooth ice cream mixed with young coconut mousse, logans and bits of ginger cake.

For the times when he’s not fiddling about with local produce, Aisbett does an equally solid rendition of yellowtail amberjack sashimi and slow-cooked Mangalica pork. The latter sees the cut of jowl simply brined for eight hours, resulting in fork-tender cubes of unctuous meat in a clear umami seaweed and pork broth complete with fermented cabbage for some acidity.

Instead of native labels to match Aisbett’s take on modern Australian cuisine, wines here are mostly French thanks to head sommelier Celine Chatte who worked with Aisbett at Quay. To match the lightness of Aisbett’s food, Chatte has put together a list of “soft, delicate wines” like a pinot noir or white burgundy. Her current bottle of gold: A 2008 Domaine de la Bongran Viré-Clessé, where wine-maker Jean Thévenet’s daring ways of harvesting late and running the risk of frost means noble rot in this white chardonnay that gives the dry wine a tinge of sweetness.

Such is the magic of Whitegrass: The refined yet homely interior sets the mood for hushed intimate conversation that blossoms and ends with warm laughter thanks to a well-paced meal paired with good wines. Save this for someone special.

Rating: 4/5.  Could well be the next Apple of the local food scene.

Insider’s Tip: Opt for the menu with marron, sushi rice and sea urchin on it, and ask (very nicely) head sommelier Celine Chatte for a bottle of the 2008 Domaine de la Bongran Viré-Clessé. She only had 8 bottles left at time of print.