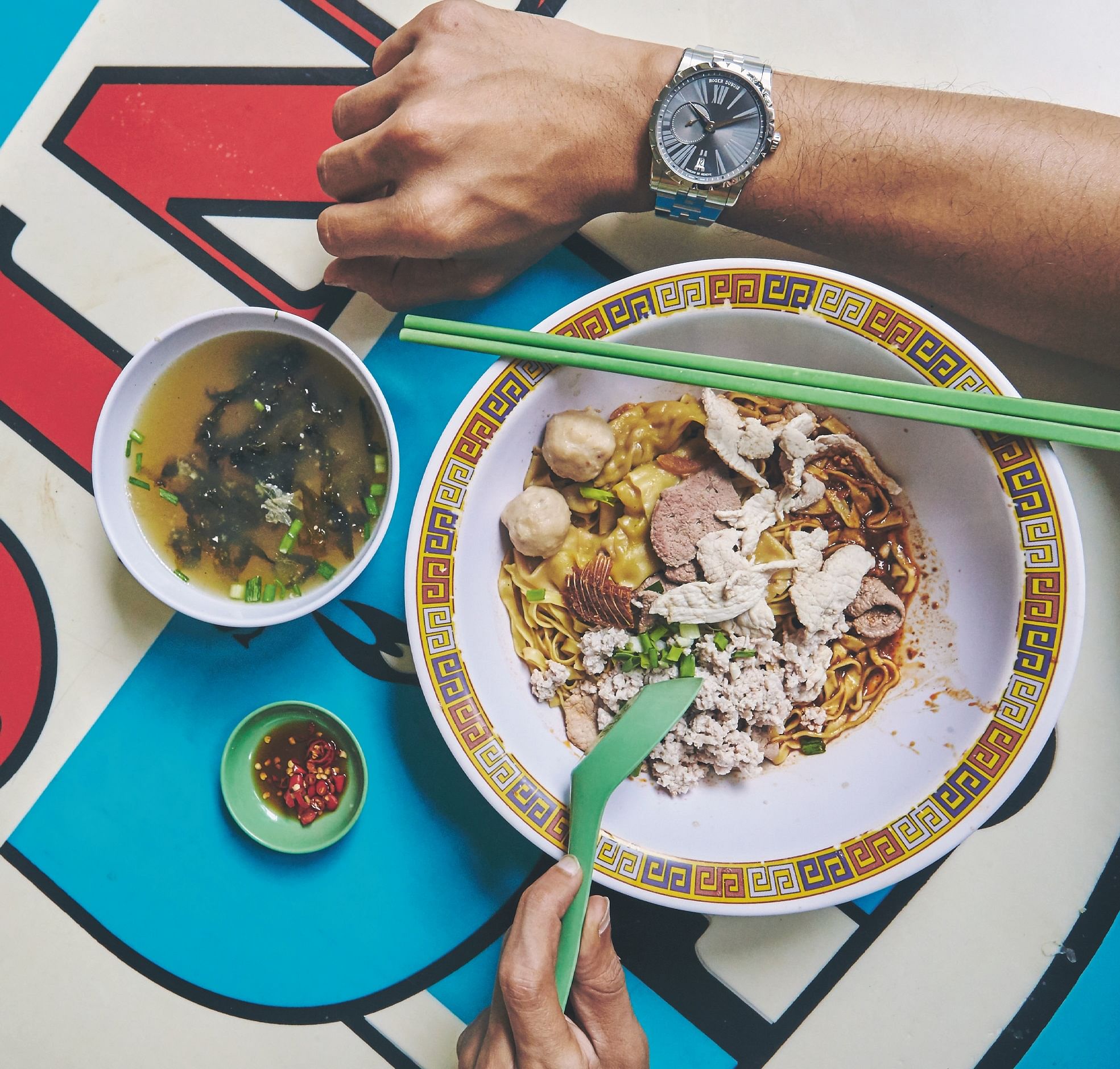 [dropcap size=small]R[/dropcap]ichard Wiluan remembers eating bak mi, an Indonesian noodle dish, as a child growing up in Jakarta. This childhood memory would go on to influence his love for bak chor mee – the Singaporean hawker variation of his hometown food.

“The noodle used is very similar to bak mi but bak chor mee has the advantage of having a rich flavour, probably because of the pork it contains,” says Wiluan. And when he tried the fare from Hill Street Tai Hwa Pork Noodle stall in Crawford Lane, he was hooked.

“Some friends brought us here one Saturday morning for breakfast a few years ago. We found the long queue quite incredulous, until we tasted the bak chor mee. Tai Hwa, in my view, is probably the best in Singapore,” he says.

(RELATED: Tai Hwa bagged a coveted Michelin star, but these stalls, too, got a nod in the inaugural Michelin red guide.)

“Each strand of noodle is cooked to perfect al dente state, before the ‘uncle’ expertly and quite effortlessly throws in a perfect blend of pork broth, sauce, vinegar, lard, chilli and oil. Add to this succulent pieces of pork and a crunchy bit of dried sole fish, and you have a dish that takes one to gastronomical heaven,” describes Wiluan, who usually asks for extra lard and chilli.

However, Tai Hwa’s long queues, especially during mealtimes, has prevented Wiluan from visiting the stall as often as he likes. But every few months, he braves the crowds with his wife and he has ever waited over an hour for his turn.

“Actually, my wife does the queuing,” he confesses. “She is more patient than me.”