Pyle shares his experiences during the filming of Expedition Asia, his latest series. 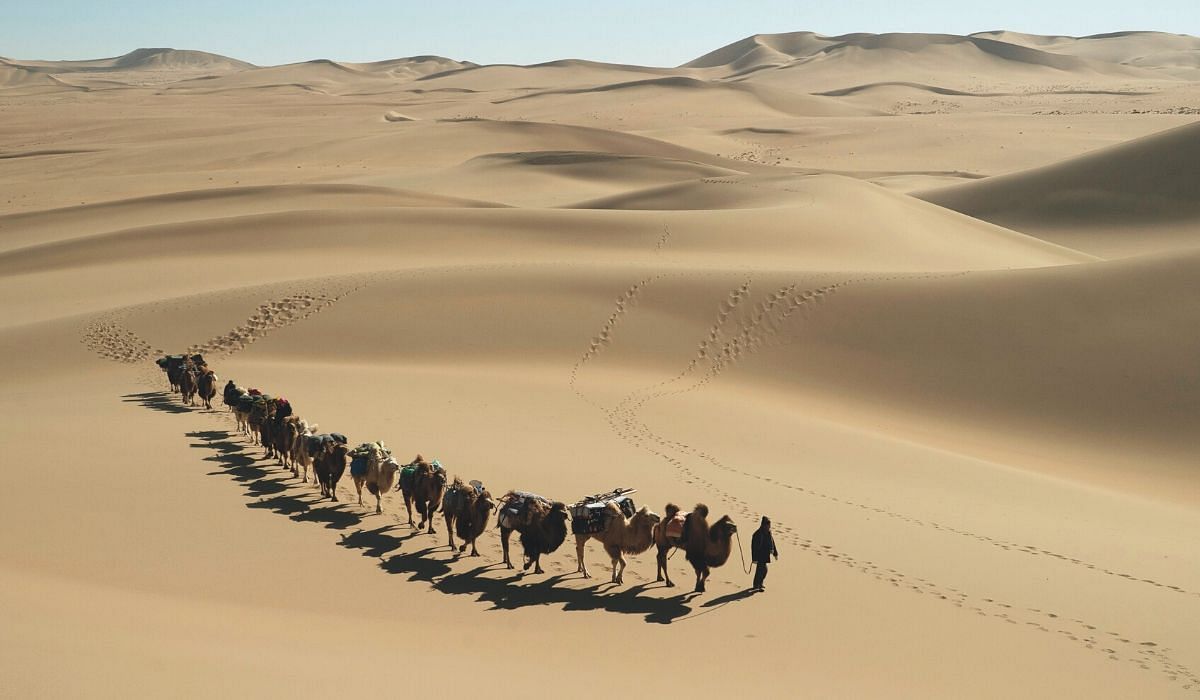 Extreme adventurer Ryan Pyle’s closest companion since life came to a protracted standstill due to Covid-19 has been an abandoned kitten he rescued when it was just days old. “He is very sweet and is great company here in Istanbul,” says the TV host of Expedition Asia, a travel series currently showing on Discovery Channel. “We are ready to travel, but there’s nowhere to go at the moment.”

That rueful quote just about sums up Pyle’s feelings about having to suppress his wanderlust during the 10 weeks he’s been stuck in Turkey, thanks to the global lockdown. The Canadian had been filming in Ethiopia in March when countries started closing their borders in response to the pandemic. Unable to return to Dubai, where he’s based, Pyle travelled to Istanbul, one of the few places still open then.

The avid traveller, who estimates that he’s on the road for 300 days a year, lets on that this period is the longest he’s ever stayed put in one place. His passion for storytelling first led him to China in 2001 after university, where he explored the land as a travel writer and photographer. Subsequently, he headed out into the rest of the world in multiple roles as a TV presenter, producer and public speaker. As he thrives on connecting with new people and places, Pyle needs a new passport every 18 to 24 months, of which he says jokingly, “If anyone from the Canadian government is listening, please make 48-page passports again!”

The stroll across the vast plateau soon gives way to a dangerous ascent up the Himalayan mountain range near Manali, India.

It’s shoes off for a much-needed rest before climbing the next pitch on Lion Rock in Hong Kong.

The falconry practised by this semi-nomadic community in Mongolia leads to close bonds with the birds of prey.

A ferocious snowstorm almost ended the journey to summit the 4,356m-tall Khuiten Peak in Mongolia.

A Walk in the Clouds

No matter the location, Ryan and his crew are always up early to film the sunrise.

From Sea to Peak

The Holy Ridge in Taiwan takes explorers over the razorback edges of Dragon’s Spine in Shei-Pa National Park.

Known for off-roading, trekking and climbing in his previous Tough Rides and Extreme Treks series, Expedition Asia sees him submitting and traversing challenging peaks and terrain to uncover some of the best treks in the region. The places he’s visited include the Philippines, China, Indonesia, Mongolia, Taiwan, Hong Kong, Kyrgyzstan, Thailand, Malaysia and India.

“We always look for a place where we can find an overland expedition, mixed with just the right elements of culture, epic landscapes and a connection with Mother Nature,” he says in the interview conducted last month. Filmed over an intense 10 months last year, the show is intended to take audiences on an authentic learning journey, in divergence from the overly scripted TV shows these days, says Pyle, who turns 42 this year. This meant being open to unpredictable elements. While filming in India, for instance, his crew were caught in a four-day snowstorm while having to cross chasms in ascending Jagatsukh Peak (5,050m) – an incredibly dangerous situation. That episode also featured one of the stranger experiences for Pyle. “We brought live chickens with us in a box and had fresh chicken every night with fantastic curries and naan bread. Wonderful.”

Adventures aside, people and cultures are also a big part of his travels, and Pyle says making a meaningful connection simply boils down to having a genuine interest in someone else’s life. Spending time with people leads to better relationships and culminates in better on-screen stories. Taking it slow, such as being unplugged or crossing over 130km of a remote desert in China on foot, with a caravan of 16 camels in tow, is also part of the intrinsic appeal of these journeys.

Ask this seasoned explorer if he brings any comfort food on his trips and he reveals with a laugh, “I bring a flask of single malt whisky with me on every adventure. That is my only creature comfort. I like to sip it every night at sunset. It helps me reflect on just how lucky I am to be able to meet amazing people and explore these incredible places.”

Reflecting on the current Covid-19 situation still plaguing the world, Pyle turns sombre. “These are dark times for professional travellers. If you are a global traveller, the world is pretty closed and the uncertainty is very stressful. Television production will suffer.” Adding to that is the lack of clarity over the protective equipment needed for a film crew to operate and the absence of travel insurance.

If there’s one thing Pyle has learnt from his years in the business, it’s that he needs to be bold and tell stories he remains passionate about. “No one helps you,” he says candidly. Steely determination got him into the TV business and he’s exhibiting that same can-do spirit today by reaching out to his followers via an active social media presence. When the world does eventually open its borders, Pyle will no doubt be right at the front of the queue.

(Related: Experiences from luxury hotels and resorts to tide you over until it’s safe to travel)