The Peak speaks to Michael Voigtmann, CTO and co-founder of of Singapore Aquaculture Technologies. 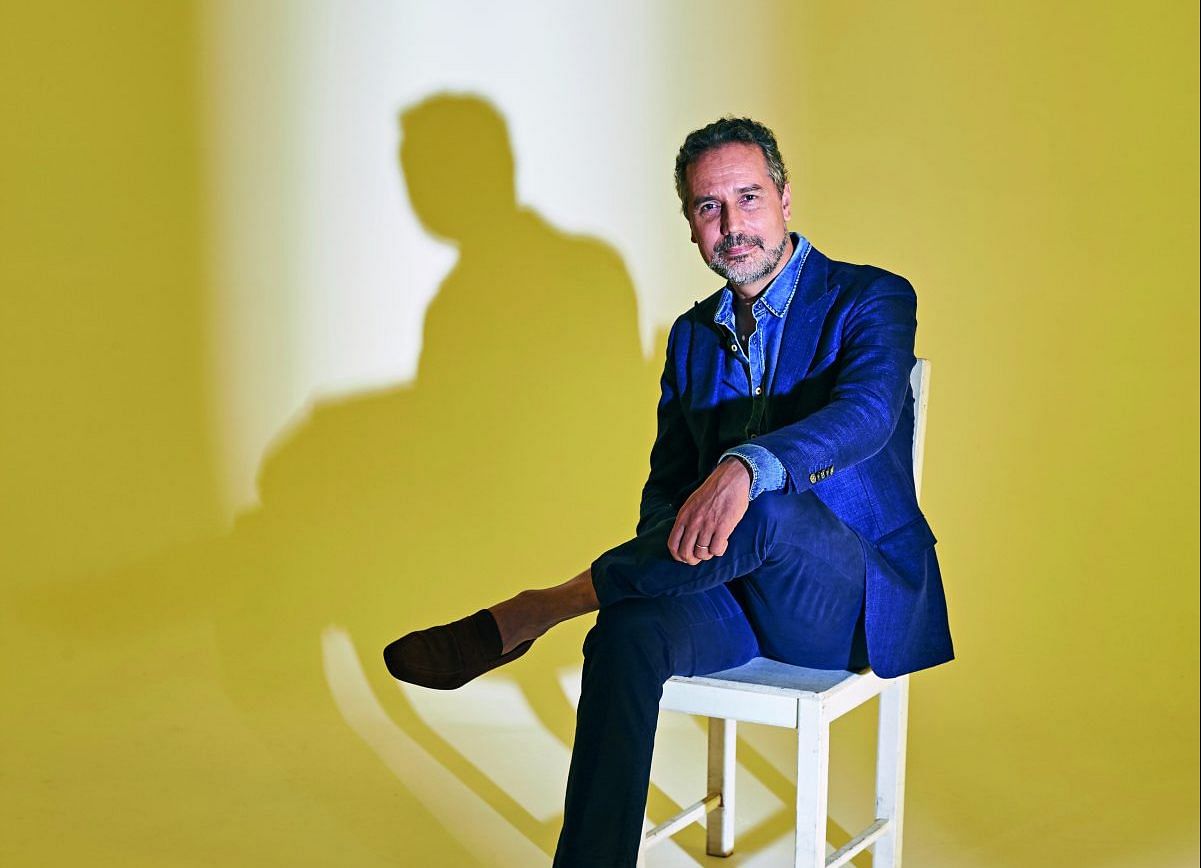 Urbane with salt and pepper hair, Michael Voigtmann, who moved here in 1998 from Sydney and has a PhD in Organic Geochemistry and Fuel Chemistry, along with 25 years of experience in manufacturing, doesn’t look anything like a fish farmer.

Like many, the advent of his 40s triggered a rethink of his life. Unlike some, however, he chose a start-up, instead of a sports car. “We began as slime farmers,” says the chief technical officer of Singapore Aquaculture Technologies (SAT), which he runs with partner Dirk Eichelberger. Their initial focus was on biodiesel derived from the fatty acids slime or algae produces. Then they were told to meet fish production targets to retain their farm. “We were, like, okay, fish farming. How hard can that be? Famous last words,” says Voigtmann, laughing. Pretty hard, as it turns out. Running a kelong-style fish farm in the ocean is “like betting at the casino,” says Voigtmann. Fortunes can change in an instant. Also, fish waste could lead to burgeoning algae and bacteria, causing disease.

In 2015, a plankton bloom – attributed to global warming and bad weather – memorably killed off more than 500 tonnes of fish along the Johor Strait. Voigtmann believes AI can give farmers more control and effective oversight. SAT’s 3,000 sq m floating fish farm off Pasir Ris is Singapore’s first smart fish farm that’s powered by AI and video analytics. It has 10 tanks, each of which can hold up to 12 tonnes of fish. And it currently exclusively rears the “well-researched” barramundi,  with more species in the pipeline such as red snapper, garoupa, threadfin and pomfret.

It already rears some of these at its other non-AI farm. Each tank at the smart farm is a closed containment system, using recycled water and automated pumping, sensor and feeding systems. Tanks are also equipped with cameras that are hooked up to a proprietary, highly precise AI that SAT developed with Siemens, so each time a fish swims past a camera, it’s automatically photographed and measured between five predefined points.

An algorithm then takes the ratio of those distances and converts it into a weight, allowing farmers to accurately track growth. The system also monitors swimming and feeding behaviours, as well as disease indicators. A fish swimming in a corkscrew pattern, for example, suggests a virus in the brain. All this data allows the SAT’s team to finely calibrate the optimum levels of oxygen, water supply and feed required. To reduce the carbon footprint, solar panels generate half the farm’s energy needs.

More importantly, says Voigtmann, AI allows farmers to predict problems and troubleshoot them before they escalate. “Catching a disease and treating it early is much cheaper, more environmentally friendly and sustainable,” he adds.  SAT sells its fish at its sister company StraitsMarket.com that reaches private consumers as well as established restaurants like Atout, Forlino and Ristorante Pietrasanta.

(Related: Does farming have a future after all in land-scarce Singapore?)

Voigtmann says SAT’s combined production capacities from its two farms is 500 tonnes, with another 500 tonnes to be added this year. He also believes Singapore has significant potential as a fish exporter. “Singapore’s regulatory environment helps to build trust between producers and customers. We could potentially use technologies like blockchain to digitally sign off on every part of the fish-rearing process. The complete history of the fish would be online and available to customers, further enhancing transparency,” he adds.

While achieving true sustainability is an ongoing effort, he says the key to this is ensuring no waste is released into the environment, as well as reducing dependence on fish feed made from depleting Peruvian anchovy stocks and soya that usually requires large amounts of water and land. Happily, the algae cultivated by Voigtmann addresses these points nicely as they thrive on fish waste and can also be processed into high-quality fish feed. “It’s a neat, elegant solution inspired by nature and fine-tuned to perfection.”

Getting better all the time

“Artificial intelligence” and “machine learning” might be the hottest buzzwords in every industry right now, but there’s no denying the usefulness of their applications. The system SAT implements has each tank constantly being monitored via video feed. The data drives its system to predict the biomass in each tank – basically measuring how big the fishes are getting without having to physically weigh them. The AI also recognises anomalous swim patterns, enabling the early detection of diseases and even when the fishes are hungry. The more data there is, the more accurate the system becomes.

Currently, 40 per cent of the farm’s energy needs is supplied by solar power. SAT is also working with universities to integrate nutrient- rich microalgae – produced by its parent company Wintershine – into fish feed. In turn, fish waste is used as nutrients for growing the algae – forming a partial closed loop.

Knowing where your food comes from

With increasing concerns about food safety and provenance, traceability has become more important than ever. Blockchain technology – not just for cryptocurrency – allows for quick and reliable tracing down the supply chain. A code scanned from a packet of frozen fish fillets can pull up information on everything from the processing date of the fish and the tank it was reared in, to any medication (if any) that was administered.

With all the systems in place, the farm will require half the amount of manpower previously needed. Every self-cleaning tank is monitored for environmental factors like water quality, oxygen level, biomass and swim patterns. These help the system to determine when to add feed and oxygen to the tanks. For example, the system automatically increases the oxygen input after feeding and as the tank’s biomass increases. Knowing exactly when and how much food to give the fish also significantly improves efficiency as feed can account for about 65 per cent of operating costs. Outside of a mechanical failure, almost everything can be observed and tweaked remotely – whether from a computer on- site or an iPad anywhere else.

Safe from the outside world

Pumped in from the sea, water is filtered, treated and channelled into the tanks where fishes are held in a controlled environment that protects them from harmful external factors like algae bloom or oil spills.

Red snapper and barramundi hatchlings, also known as fingerlings, arrive from a hatchery to be raised to full size.

The world’s population is predicted to be almost 10 billion in 2050. With the planet already straining to feed the current 7 billion, protein sources have to shift. Among all the non-vegetable sources commonly consumed – barring insects – fishes have some of the lowest impact in terms of emissions and feed conversion. With limited space and resources, increasing farming efficiency becomes paramount. In Singapore, the government has set a “30 by 30” goal, where we’re working towards producing 30 per cent of our food needs by 2030.