Table65: An experience at the hottest new restaurant in town 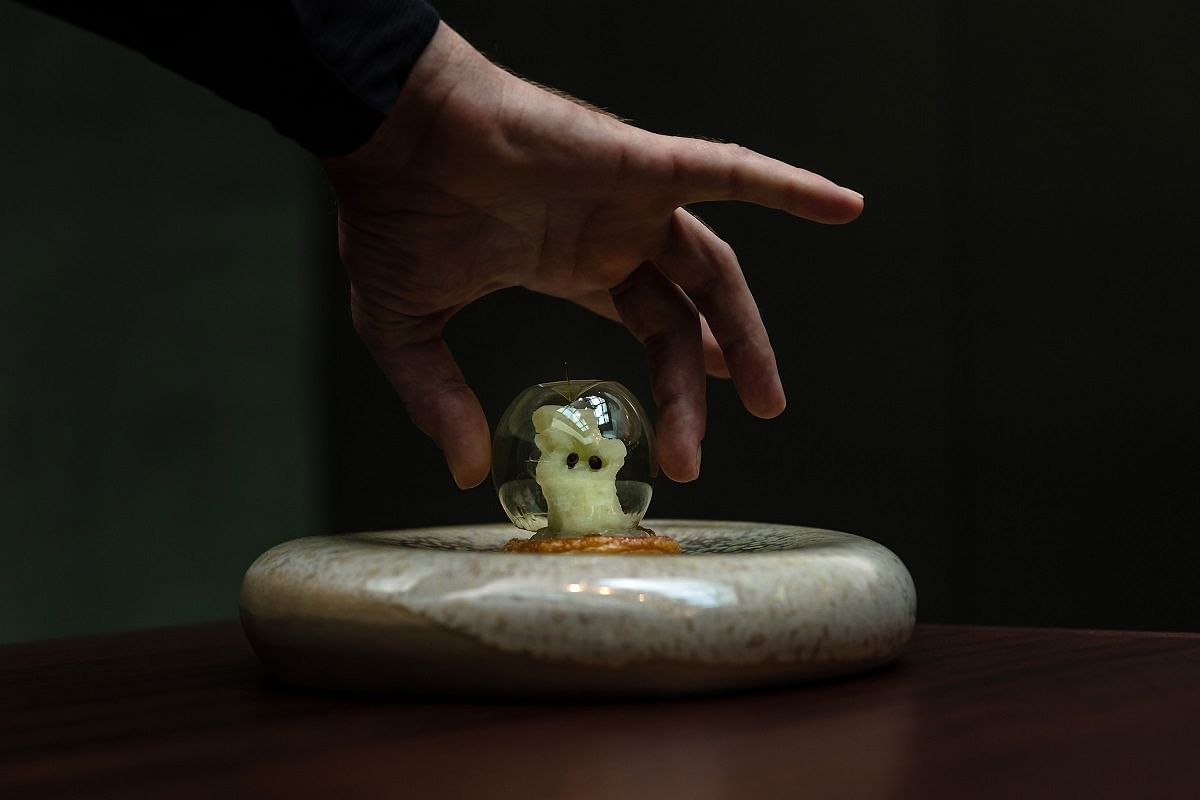 If anything, a meal at Table65 would at the very least, be entertaining. The latest fine-dining spot in town has filled the physical space left behind by the untimely departure of Joel Robouchon Restaurant.

Opened in conjunction with Dutch chef Richard van Oostenbrugge, whose pedigree includes heading the 2 Michelin-starred  Bord’Eau in Amsterdam, Table65 is an import of his latest dining concept, 212 Amsterdam, a fine-casual restaurant that places emphasis on “fun” — where you get all the gustatory pleasures of fine dining without all the confines of etiquette.

When you first enter Table65, the first thing you notice is the open kitchen that easily takes up half the restaurant. Behind the pass (here’s a koan: is there still a pass if it’s an open kitchen?), a team of beautiful young people navigate the kitchen confidently. It’s almost preformative. There’s a sense that you’ve entered this trendy, insider’s spot; and you’re being included.

How does the restaurant differ from all the other fine-dining spots out there? For one, all the cutlery is in a drawer hidden under your table. Diners eat each dish in a way they deem fit, without the hassle of having to deal with a dozen different spoons, knives, and forks.

A meal at Table65 is more than just food too. There are flourishes and spectacles, from projections that turn your plate into a lightshow, to the heaving bowls of caviar and truffles that they trot out to embellish your dish.

The food at Table65

Standout dishes include clean-tasting turbot layered with truffle “scales”, choucroute (basically French sauerkraut), and a carefully balanced sauce made with vin juane and eel; and duck fat-poached langoustine in a buttery umami bomb of a sauce made possible with coffee and lemon.

There’s even an effort made to use local ingredients. One of van Oostenbrugge’s signatures is ‘Os a moelle’, a trompe l’oeil of jellied smoked herring bone broth, veal tartare and marrow, la la clams — all assembled to resemble a, well, piece of in-bone marrow. The whole thing comes finished with beluga caviar, and crusty baguette to mop up all that richness. There’s also Malaysian duck from local producers Toh Thye San in a dish where about a dozen different ideas collide. The meat comes glazed with 0range and cumin, and is served with sauce rouennaise (a rich, liver-fortified sauce that’s usually served with duck a la presse). The whole thing then gets  a scattering of fermented blueberries and shavings of frozen Mexican mole.

Common threads also run concurrently through Table65’s degustation menu. There are plenty of smoked items, including a terribly moreish smoked butter; and cold-smoked horse mackerel passionfruit ceviche, dressed with a coconut, kaffir lime, dill, and calamansi. There is also plenty of acidity, made possible with ingredients like lemons, and less-predictably, fermented blueberries and umeboshi. The lattermost appears in an inspired dish of kombu-cured foie gras sitting in a seaweed-umeboshi broth that is somehow comforting, luxurious, and appetite-whetting all at once. This comes as the last of the savoury dishes, which builds an appetite — should one even need it — for dessert.

For sweets, there’s another van Oostenbrugge signature: the excessively-instagrammed “Apple”, an isomalt creation that looks like a glass apple with a core of apple sorbet and chocolate seeds. If you’re inclined to put away your phones though, the more intriguing option would be an all-white dessert of birch leaf extract white chocolate ganache, toasted birch wood fluid gel, and birch sap syrup.

There’s nitro-poaching, there’s a melting chocolate dome, and there are people shaving ridiculous amounts of truffle onto your plate. It’s all good fun.

Restaurant of the Week: Only Michelin-Star popups at Curate, Resorts World Sentosa