In true Scandinavian style, the new Noma in Copenhagen is minimalist in esthetic, with natural materials – namely light, blond hardwood – setting the scene for the next chapter in chef René Redzepi’s gastronomic endeavor. 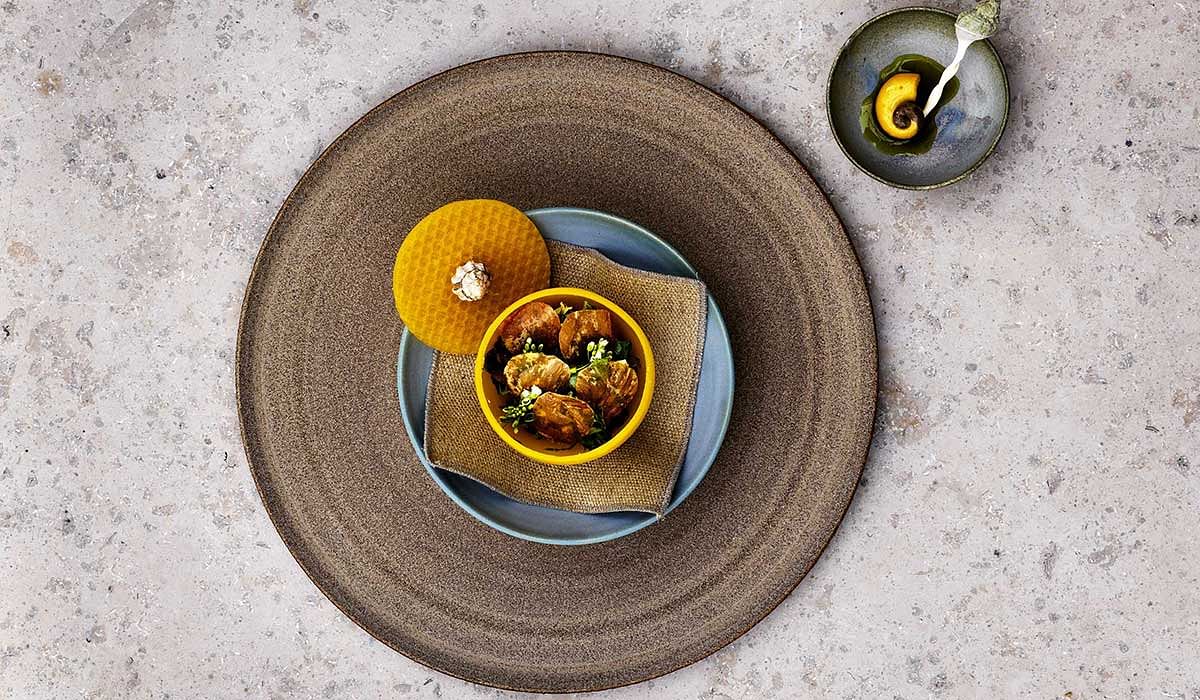 A year after vacating Copenhagen’s dining fine dining landscape with the closure of the OG Noma, Redzepi has opened the doors to Noma 2.0 – one of the most highly anticipated restaurant openings of 2018.

What was once an abandoned, derelict warehouse has been transformed into a sprawling farm-to-table restaurant that is destined to become one of the world’s hottest dining destinations, if history is anything to go by.

The first iteration of Noma topped the World’s 50 Best Restaurants awards four times, accrued a string of accolades and awards, and created a food movement that espoused hyper-local ingredients which picked up culinary disciples around the globe. 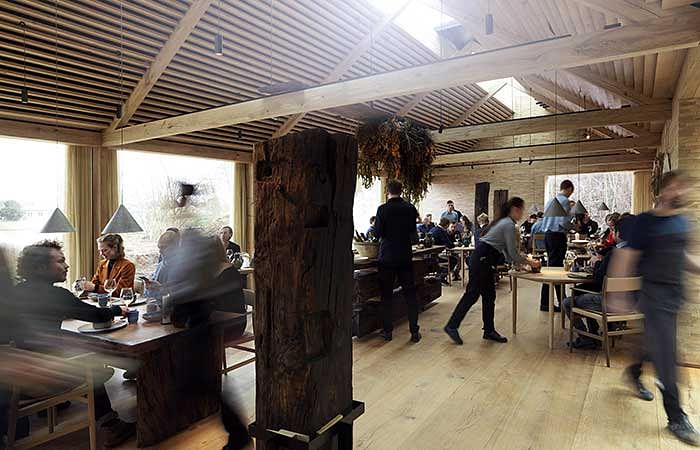 Designed by Copenhagen-based Studio David Thulstrup, the new Noma doesn’t stray far from the original esthetic, with oak hardwood dominating the dining space, which is illuminated by copious amounts of natural light thanks in large part to an overhead skylight.

To remind guests of their Nordic surroundings, dried cuttlefish, fish and skeletal remains hang decoratively from the walls.

“The beautiful dining room of our restaurant – after years of planning, we are so happy with the end result. We are also incredibly proud of our relationship with @dinesen, one that began many years ago at the old noma and continues here in our new home,” Redzepi wrote in an Instagram post.

The urban farm-to-table restaurant is meant to be self-sustaining, with an on-site farm, greenhouses and dedicated fermenting and aging rooms.

With a focus on seasonal ingredients, the inaugural opening menu pays homage to Scandinavian seafood, now that it’s at its peak of freshness: Think sea snails with from the Faroe Islands served with snail roe and kelp and stuffed clams.

(Watch: What it’s Like to Forage with Noma’s Rene Redzepi in Australia)

The second of three seasonal menus will celebrate the plant kingdom from early summer to early fall.

Come fall and winter, the menu will shift to highlight the bounty of Danish forests, with ingredients like mushrooms, nuts, berries, game meats.