Singapore loves Kueh Tutu, but do you know the origins of this popular snack?

We speak to the daughter of the late Tan Yong Fa – of Tan’s Tu Tu Coconut Cake – who popularised the beloved snack unique to Singapore. 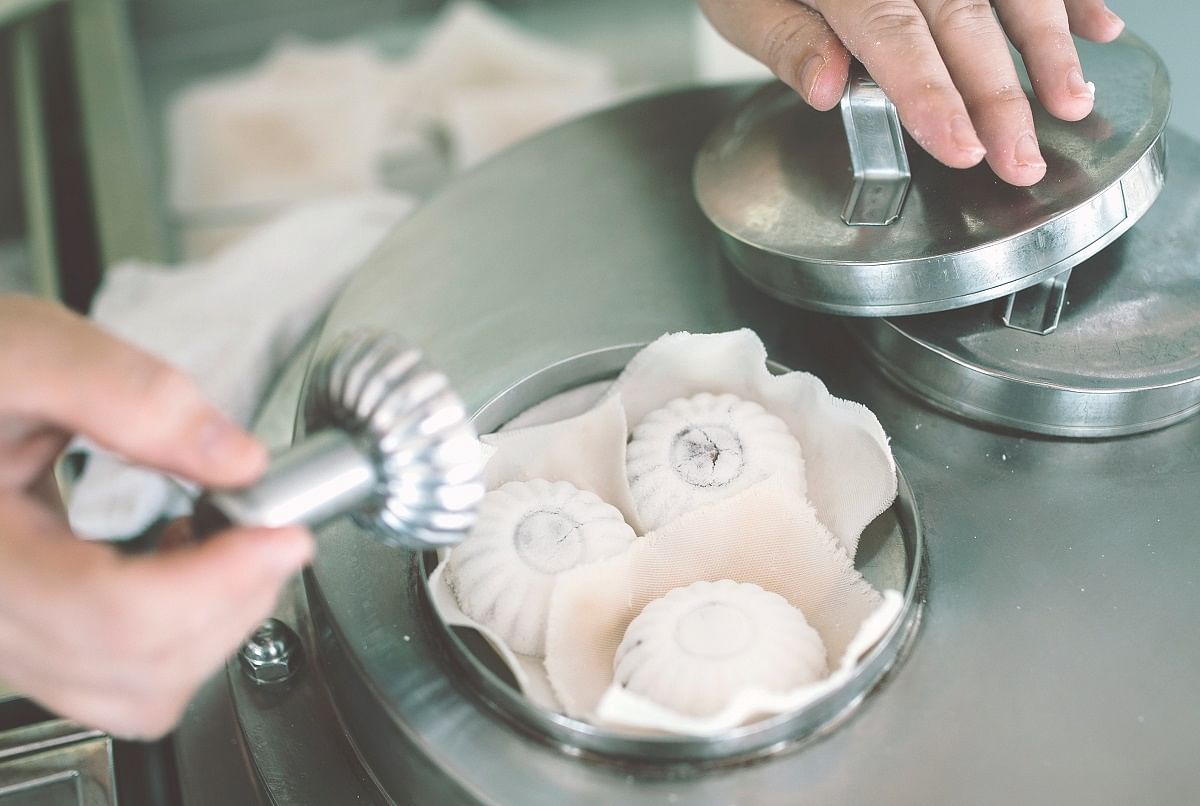 [dropcap size=small]S[/dropcap]he turns 50 this year but Tan Bee Hua has the complexion of someone 15 years younger. “I have free facial (treatment) every day,” she says with a laugh.

Since 2004, she has been splitting her time between Havelock Road and Clementi Avenue 3, running the dual-outlet Tan’s Tu Tu Coconut Cake. Each day, she stands in the hawker stall for up to eight hours, making from scratch approximately 500 of the pillow-like, local heritage snack that is typically filled with coconut or peanut.

Steam constantly billows in her face as the snowy white kueh tutu gets cooked. With Grade One Thai jasmine rice as the main ingredient, the vapour that comes out is chock-a-block with nutrients that slow down ageing, among other things.

But the heat does not faze her – so intent is she on preserving her father Tan Yong Fa’s legacy that she hardly notices it. The late Yong Fa arrived in Singapore from Fujian, China, in 1932. He made a living by peddling song gao (steamed rice cake), a snack popular among the Hokkiens, on the streets.

Yong Fa gradually shrank the cake’s size, stuffed it with coconut or peanut filling, and served it on a piece of pandan leaf. The snack caught on with the man on the street, and was eventually dubbed “tutu”, after the sound the charcoal heated steamers made when cooking it.

“My father worked relentlessly without taking a day off, except during Chinese New Year,” explains Bee Hua. “Because it was such a lucrative business, he roped in his family to help him.” In the 1970s, Yong Fa passed the business over to his son – Bee Hua’s elder brother, Cheong Chuan. He branded the business and developed the logo that is on the stall’s signboard today.

In 2004, Bee Hua took over full-time after her brother’s health started to deteriorate. “I was working in accounting for 20 years but my brother was hoping that someone would take over the business, so I agreed,” she says. “I’ve helped out since I was in primary school, so I adapted very fast.”

As she continues to talk, she deftly moulds as many as six kueh tutu per minute. The most challenging part of the process is ensuring the flour that wraps the filling is not too thick. “My father used to scold us if we didn’t do this part well,” she recalls.

Everything is handmade. The grated coconut filling is roasted with gula melaka, while the peanuts are pounded by hand before a dash of sugar is added. Even the pandan leaves are cut by hand. Best consumed fresh from the steamer, the perfect tutu will inundate your nose with three scents – that from the rice, filling and pandan leaf – while the crunchy insides contrasting against the slightly sweetened soft shell is satisfying.

In March 2016, Bee Hua introduced a new flavour: dark chocolate. She wedges chocolate chips in the flour and leaves them to melt in the steamer. “Children really like it.”

“I don’t know what is going to happen. We’ll just have to wait and see,” she says.