It comes in two flavours, best served with tonic water and a garnish of pea pod or grapefruit peel. 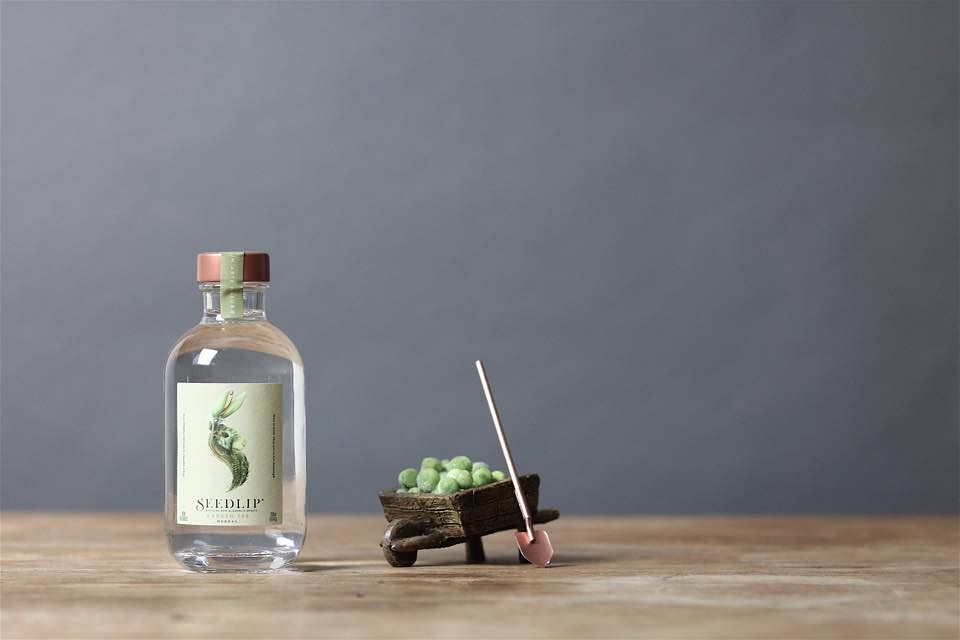 [dropcap size=small]W[/dropcap]hile at dinner at a fancy restaurant in London in 2013, Seedlip founder Ben Branson, 35, ordered a non-alcoholic drink because he did not feel like drinking. But what came to the table was what he describes as “a pink, fruity, sweet, childish mocktail”. “I felt like an idiot,” he says.

The incident highlighted a bigger issue to him. “If you’re allergic to nuts or gluten or dairy, restaurants will cater to you,” he says. “Yet, if you’re not drinking for whatever reason, whether you’re pregnant or driving or don’t feel like drinking, is it so hard to get a decent non-alcoholic drink that’s been thought about and that’s adult and complex?”

Seedlip was borne out of answering that question and solving the dilemma of “how do you drink when you’re not drinking and you don’t want something sweet and fruity and sugary?”

With the help of a 17th-century text called The Art Of Distillation, a book detailing alcoholic and non-alcoholic herbal distilled remedies, he tinkered with distilling peas and hay in copper stills in Lincolnshire, England, where his family has been farming for more than 300 years. His mother is a farmer, while his father works in brand design.

Mr Branson founded Seedlip – a distilled spirit which contains no alcohol, sugar, artificial flavours or calories – and may well have started a new category in the drinks world. The name came from the baskets that were used to hand-sow seeds on the farm.

Each is made from six ingredients, which are individually cold-macerated in a neutral grain spirit and water; distilled to concentrate the flavours and remove the small amount of alcohol used as a solvent; and filtered before being blended.

Garden 108, which is meant to evoke the English countryside, is made of peas, as well as hay, spearmint, rosemary, thyme and hops. It is named after the fact that the brand, which grows its own peas, takes 108 days on average to sow, grow and pick its peas.

Spice 94, which is aromatic and spicier, is centred on allspice berries, along with cardamom, American oak, cascarilla bark (which is used to make vermouth), lemon and grapefruit. It is named after allspice, which was discovered by Italian explorer Christopher Columbus in Jamaica in 1494.

While the peas and hay are sourced from his farm, many of the other ingredients come from as far away as the Bahamas (cascarilla) and Guatemala (cardamom).

In its glass bottle, Seedlip looks like gin, vodka or any other white spirit. Although it can be used like them to create classic cocktails such as a gin fizz or martini, Mr Branson says: “We want to create new classics.We don’t have the same rules that alcohol categories have.”

Either expression is best served with tonic water and a garnish of a snapped pea pod (for Garden 108) or grapefruit peel (for Spice 94) or as a base for non-alcoholic cocktails.

Mr Branson, who has not drunk alcohol since he launched Seedlip, is just getting started. He is tight-lipped about the next expression, which will launch in July in London, except to say that flavour-wise, “it brings Seedlip more to Europe and the Mediterranean”.

While the brand is only two years old, it is already stocked at some of the best bars and restaurants around the world, including The Fat Duck and The Savoy in London.

In Singapore, Seedlip is available at bars and restaurants such as Native, Employees Only and Nouri in Amoy Street, Temple Cellars at UE Square and Secret Mermaid at Ocean Financial Centre. The recommended retail price is $75 for a 700ml bottle.

Secret Mermaid’s head bartender Kelly D’Cruz, 26, has been experimenting with the spirits to create non-alcoholic and low ABV (alcohol) cocktails.

She approached Garden 108 as a white spirit and Spice 94 as a darker spirit. For instance, she used Garden 108 with a pineapple shrub (a sweetened vinegar-based syrup) and cardamom bitters to create a non-alcoholic drink.

“It amazed me that my guests did not even realise that the drink had no alcohol. Because of all the botanical flavours, they just assumed it to be gin,” she says.

She used Spice 94 in a variation of White Russian, using black tea syrup and soya milk to add a nutty flavour as both “work beautifully with the spice flavours”.

She is also keen to experiment more with the Seedlip expressions for a non-alcoholic menu at Changi Airport, where she also runs the bar, The World Is Flat.

Ms De Cruz appreciates how they challenge her to think out of the box. “I think it’s easy to get lazy with non-alcoholic drinks because the focus is always on spirits in cocktails. This makes me want to put in the same thought and effort into creating non-alcoholic and low ABV drinks.”