Plus, a look at the elements defining the DNA of his growing empire. 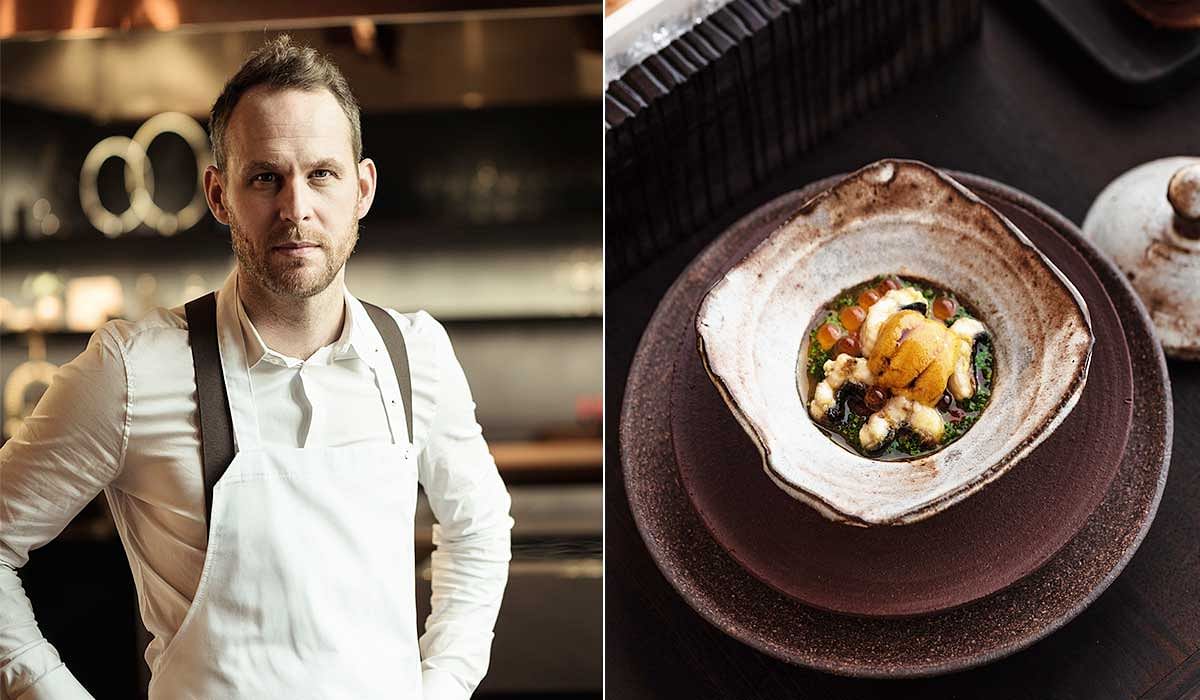 He is Sweden’s first and only chef with three Michelin stars, loved for his sophisticated cuisine that draws from a cosmopolitan mix of influences, yet pays tribute to Nordic food heritage. But beyond being the wunderkind professional-soccer-player-turned-chef, Bjorn Frantzen is also a no-nonsense restaurateur with 10 F&B concepts spread across three countries around the world. These span from sister fine-dining establishments Frantzen in Stockholm and its Singapore outpost Restaurant Zen which opened on Nov 21; to gastropub The Flying Elk, which expanded to Hong Kong mid 2018, and even a cocktail bar Corner Club, situated across the street from Frantzen. While each of his establishments are unique, like siblings from the same family, they carry the same trademark elements that make them distinctly “Frantzen”. The hands-on entrepreneur highlights the details:

A sense of place

While his flagship restaurant is situated within a 19th-century Stockholm building and Frantzen Kitchen in housed within a heritage building in Sheung Wan, Hong Kong; Restaurant Zen finds its home in a storied building within the conservation area of Bukit Pasoh, at the old address of the now-defunct Restaurant Andre. “I don’t seek old buildings out intentionally,” admits Frantzen. “Frankly, they are harder to maintain and kit out for cooking at a professional level. However, they tend to have more personality, and I seek places with character and authenticity.” He doesn’t have a checklist of what he looks for in a venue: “Each building is different and we highlight different elements of each – be it a certain part of the structure, or the large windows – so that their character is shown. Each place has its own life.”

Welcome to the house of fun

There is a relaxed, home-like quality to Frantzen’s establishments – even the fine dining venues where a meal costs 320 euros (S$500). At Restaurant Zen, preprandials and appetisers are served on the ground floor – just as one would entertain guests at home with drinks in the living room. And while the main dining room on the second floor is more conventional with fine linen draped over dining tables, post-dinner drinks are served in a drawing room of sorts on the third floor, where open shelves display a quirky collection of pictures, books and decorative items. In fact, Frantzen puts so much effort into creating a home-like atmosphere in his restaurants that it has drawn the ire of his wife. “She keeps complaining about how I put all my energies to the design of the restaurant but not the house,” he confesses. “But a restaurant within a three-storey townhouse and a home apartment are not the same. In any case, I cannot afford to decorate the house like the restaurants!”

“The home-concept was actually born out of necessity, due to the layout of the only location I could afford in 2008, at 29 years of age,” shares Frantzen. The concept has stayed even though the restaurant has since relocated to much bigger premises. “I don’t want it to be too serious. Going to a restaurant should be a fun experience,” says Frantzen.

Regulars of Restaurant Frantzen might find the playlist at Restaurant Zen similar – that’s because they are an identical mix of about 300 songs, curated by Frantzen himself. Frantzen’s remarkable involvement in every aspect of his restaurants extends to the kind of music played at each establishment – Swedish music for Frantzen kitchen, an international mix spanning The Smiths and Guns ‘N Roses, and possible shift to hip-hop for The Flying Elk.

(Related: Why Andre Chiang and Singapore chefs are opening restaurants in China)

They might escape the reveller coming in for a cheap and cheerful meal of gastropub and beer, but there is an overwhelming load of bespoke details even the most casual of establishments within the group. The level of detailing is, of course, different for the various restaurants. For example, while the traditional Swedish hunting knives used at Frantzen Kitchen might be painted a single colour for the hands, those at the fine dining venues would be decorated with an intricate Sweidsh kurbitz motif by a painter. At Restaurant Zen, one would also find an array of bespoke service ware, from wooden utensil cannisters with sumptuously velvety exteriors to rustic canape pedestals designed by Frantzen and handmade by Swedish ceramicist Calle Forsberg.

Frantzen’s obsession with bespoke pieces isn’t just a product of his love for outstanding craftsmanship. It is also part of his pursuit for having everything super organised and hyper-efficient. So, rather than rely on service trolleys that staff have to take turns to use, he designs service stations that sit neatly beside every table at the main dining hall. Expandable, and kitted with full sets of service ware, and trays designed to fit perfectly within, they are neat pieces essential to the seamless dining experience at Frantzen and Restaurant Zen. They are also essential to the group’s operational efficiency and competitive edge. Citing Sweden’s taxation system, Frantzen says that the high manpower costs means that Swedish companies need to leverage on improved efficiency to compete globally. “All the big Swedish companies you can think of – from Spotify to Ikea – are super organised and efficient,” says Frantzen. “Also, I believe that being organised is a national characteristic for Swedes.”