Why gourmands around the world are descending on this humble plate of soya-braised chicken on plain white rice. 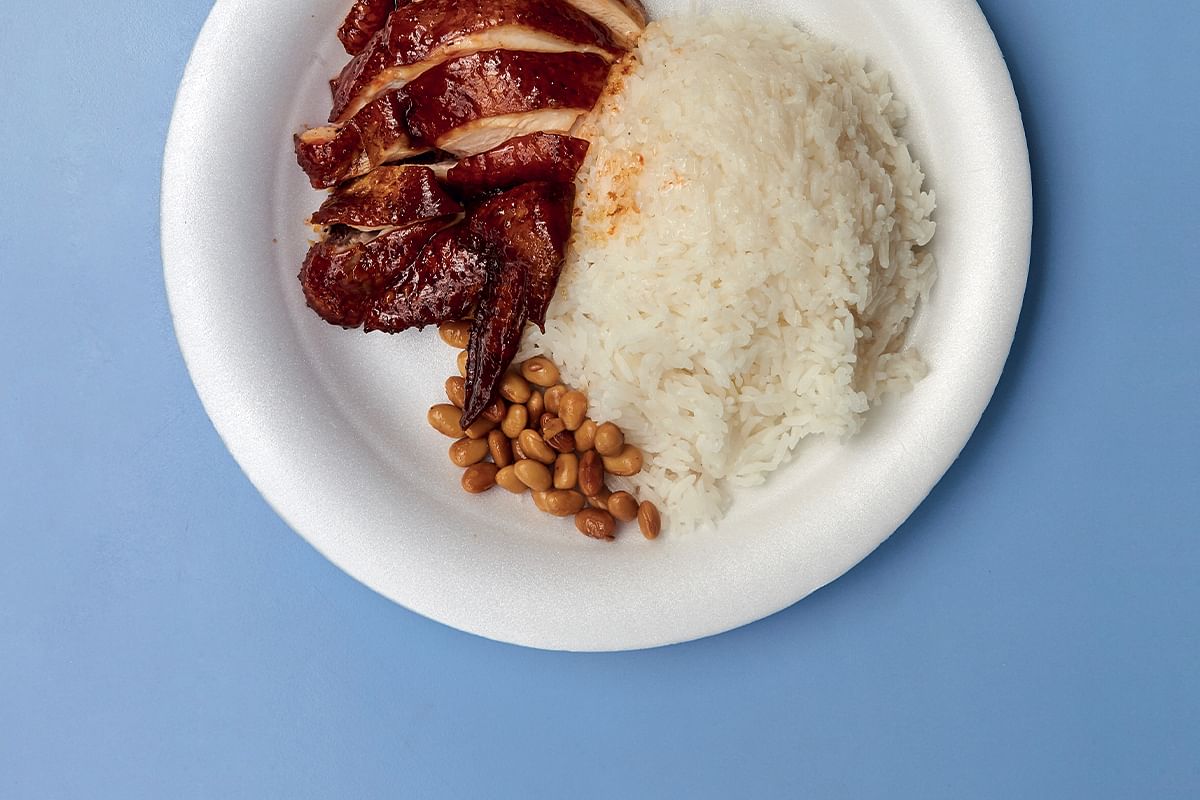 [dropcap size=small]E[/dropcap]ight years ago, Malaysia-born hawker Chan Hon Meng priced his soya sauce chicken rice at $2 a plate, in the hope of enticing locals more familiar with the aromatic oily rice and white slices of meat in Hainanese chicken rice.

Now, Chan’s Hong Kong Soya Sauce Chicken Rice & Noodle at Chinatown Complex is making global headlines as the source of the world’s cheapest Michelin-star meal, after being awarded the coveted star in July. Chan, who has since added 30 more birds to the 150 he already sells daily, says in Mandarin: “The stall space is very small, and we don’t have enough manpower (he has two assistants) to cope with selling more chickens.”

His comeback to disappointed customers who queue two hours, only to have him run out of food: “Would you like to eat something good, or something not so good because I compromise?”

Here’s what goes into his plate of soya sauce chicken rice. 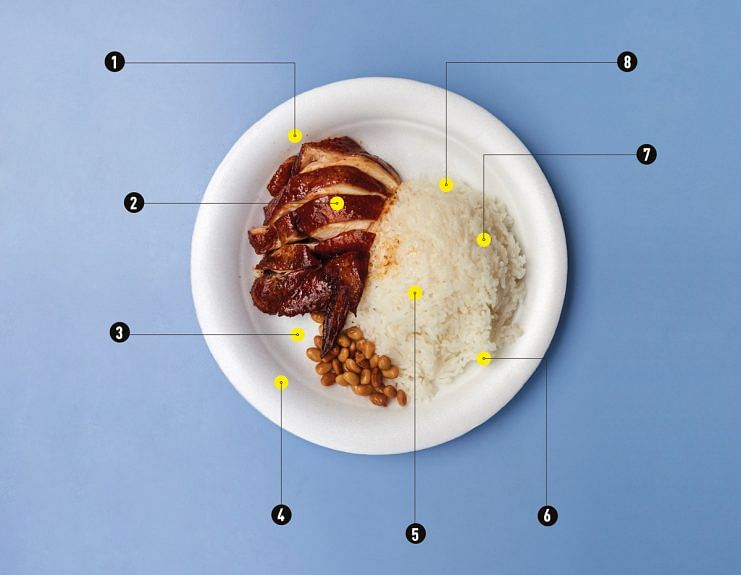 Malaysia and Indonesia Where Chan gets his chickens from, through a factory supplier.

Two Hours How long each batch of 30 chickens is dipped into a huge vat of braising liquid.

15 different types of spices and herbs go into this braising liquid, which is tweaked daily after the stall closes at 7pm. Chan also adds salt and soya sauce to the savoury broth.

Cloves and Star Anise Two spices Chan is careful not to use too much of in the braising liquid, as their flavours can be overpowering.

7/10 The gold standard for Chan. “It’s not possible that out of 10 people, all 10 will like your cooking. Seven is good enough.”

9 How many plates of chicken rice Chan gets out of one bird.

$2 / $2.50 The price of a plate of soya sauce chicken rice and noodles, respectively.

5am Chan begins preparing the chickens and roasting char siew (barbecued pork) at his stall, which opens at 10.30am daily.