Why restaurant Thevar might change your mind about mod-Indian food

If the closest you’ve been to modern Indian cuisine has been a failed reservation attempt at Gaggan, it’s time to do something about it. 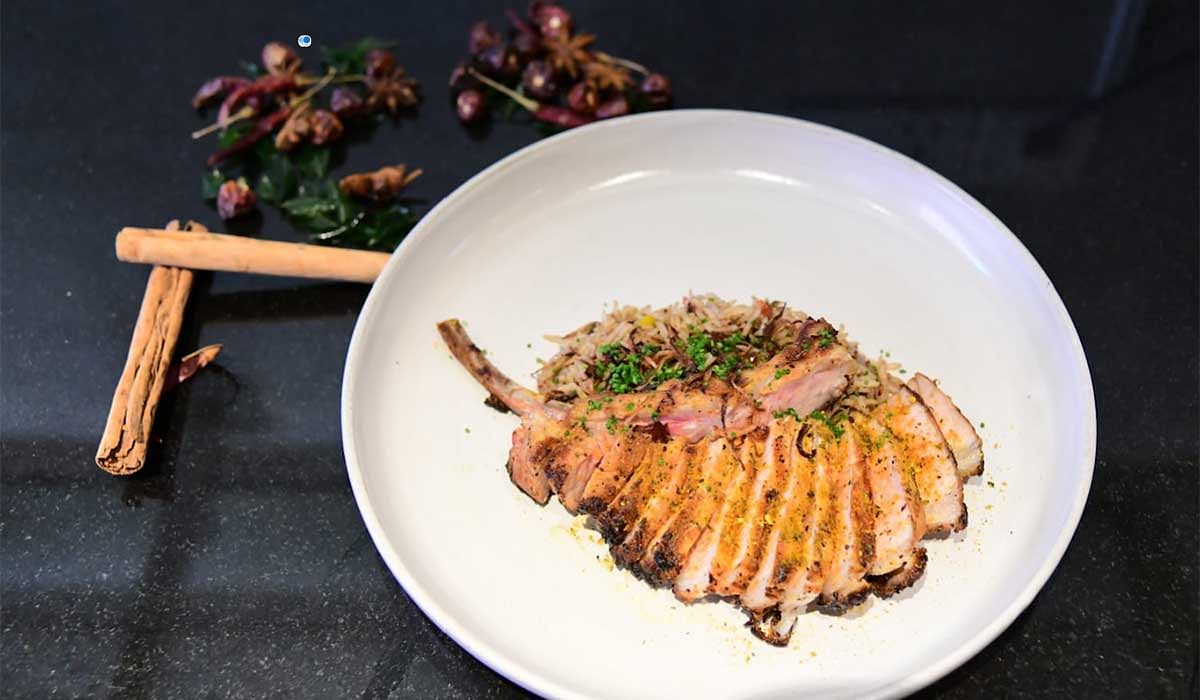 If the closest you’ve been to modern Indian cuisine has been a tandoori burger or a failed reservation attempt at Gaggan, it’s time to do something about it. We know of at least one attempt by Saha, the short-lived molecular-inspired place in Duxton and then National Gallery – but if you don’t remember it, then curries piped out of a siphon canister can’t possibly be your thing.

(RELATED: These plated cocktails from Nadodi are unlike any boozy tipple you’ve tried)

But we think our thing could be Thevar, where the chef Mano Thevar takes his modern training and applies it to a cuisine he never thought he would cook professionally. While he could have gone to stage at Gaggan and come back with emojis, he instead went on a roots-searching trip to India, travelling from Delhi to Mumbai and all the way to Karaikudi – his grandparents’ village eight hours from Chennai.

So while his food still looks like anything you would expect from one of the hipster sharing-plates eateries Keong Saik Road is synonymous with, there is no mistake that he is very much inspired by, as chefs like to say, his grandmother’s cooking.

His grandma may have made a really tasty rasam – a kind of spicy tamarind-based soup – but in chef Thevar’s hands, it is frozen and shaved over plump raw Canadian oysters (S$5 for one, S$28 for half a dozen) for a tangy, spicy-savoury slush that matches the briny, fleshy molluscs perfectly. There is maybe a little too much rasam as it can drown out the delicate flavour of the shellfish, but goodbye oysters mignonette, we’re going with this.

Chettinad chicken roti (S$16) is like an Indian pita pocket filled with the kind of chicken curry that could be his ticket to a curry puff empire – a rich, robust and meaty filling that’s got real kick. The only fail is the little naan folded over it – powdery, flaccid little discs of dough that are too lazy to work out and gain some flexibility and resilience.

An inspired creation is the pork cheek coconut sambol (S$14) – a square of fatty, gelatinous meat crumbed and deep fried so you get this lovely contrast of crunch and moistness within. A swab of aioli, sweet pickled cucumber and a betel leaf wrap up this low-carb sandwich.

The naan re-appear – sigh, bigger and just as limp and unmotivated as before – paling against the lively, creamy and tomato-ey butter mushroom (S$14), a vegetarian take on butter chicken. Shimeji, enoki and oyster mushrooms are sautéed and piled on top of the gravy, which is also spiked with basil oil and torn shards of fluffy paneer cheese, with fresh herbs on top to lift the palate.

By this time, though, the curry trope is starting to get a little too familiar, so we’re less friendly towards the banana leaf-wrapped sambal snapper (S$32), which tries too hard to be a clever take on sambal stingray. A piece of snapper tastes vaguely odd – as if previously frozen or sous-vide – and is smothered with an overpowering spice paste that makes it too salty to eat the fish on its own without some kind of carb – no, not naan again – to counter it. There is a vibrant salad on the side – julienned carrots, peppers and onions tossed in a punchy tamarind, vaguely rojak-like dressing with hints of prawn paste and ginger flower (the chef is from Penang, by the way). Each is enough to handle on its own, but together it’s like coming between a quarreling couple and getting whacked from both sides.

Now, if the berry pulao (S$10) had come at the right time, the story might have played out differently. Ok, no it wouldn’t. The sambal snapper just needs to be re-thought.

But the pulao – that’s a biryani that should be put out as an example to other biryanis. This is hero stuff – satisfying, chewy basmati rice lovingly spiced, sweetened with cranberries and generous with pistachios, so good that we want to send telepathic images of chicken and mutton versions to the chef’s mind.

It certainly helps distract from the overwrought baby lamb and chickpea curry (S$48). It’s a lovely juicy hunk of meat that we keep scraping the mint chutney off from so we can make our own lamb biryani. So we have little patience for the hummus-like spiced chickpea purée on the bottom. Maybe either the chickpea curry or the top layer of mint chutney would suffice, not both. In our excitement with the rice, we neglect the pretty watercress and pomegranate salad on the side.

To end off, chempedak puff (S$6) isn’t at all Indian, but it’s a great idea to fill crispy choux puffs with a shot of fruity cream.

What we don’t really get is the awkward pairing of mango tart (S$12) – a little bit like pressing mango pudding into a pastry shell – and tart lime lassi sorbet. We think the mango tart is at fault here.

There is occasionally a butting of ideology between the modern cooking that chef Thevar is trained to do, and the traditional cuisine he cooks intellectually rather than incessantly in his career, but there are enough bright ideas to convince you he’s on to something. There’s a fair bit of refining to be done, and a clearer mission beyond currently re-assembling things here and there. Maybe go easier on the tamarind too.

Still, Thevar is an idea that someone should have come up with much earlier. We’re glad he’s taken up the mantle.

(RELATED: Where to find Sri Lankan cuisine in Singapore)

This article was originally  published in The Business Times.