The chef behind the #11 restaurant Blue Hills on the 2017 World’s 50 Best Restaurants list shares his views on food waste, food culture and the future of food. 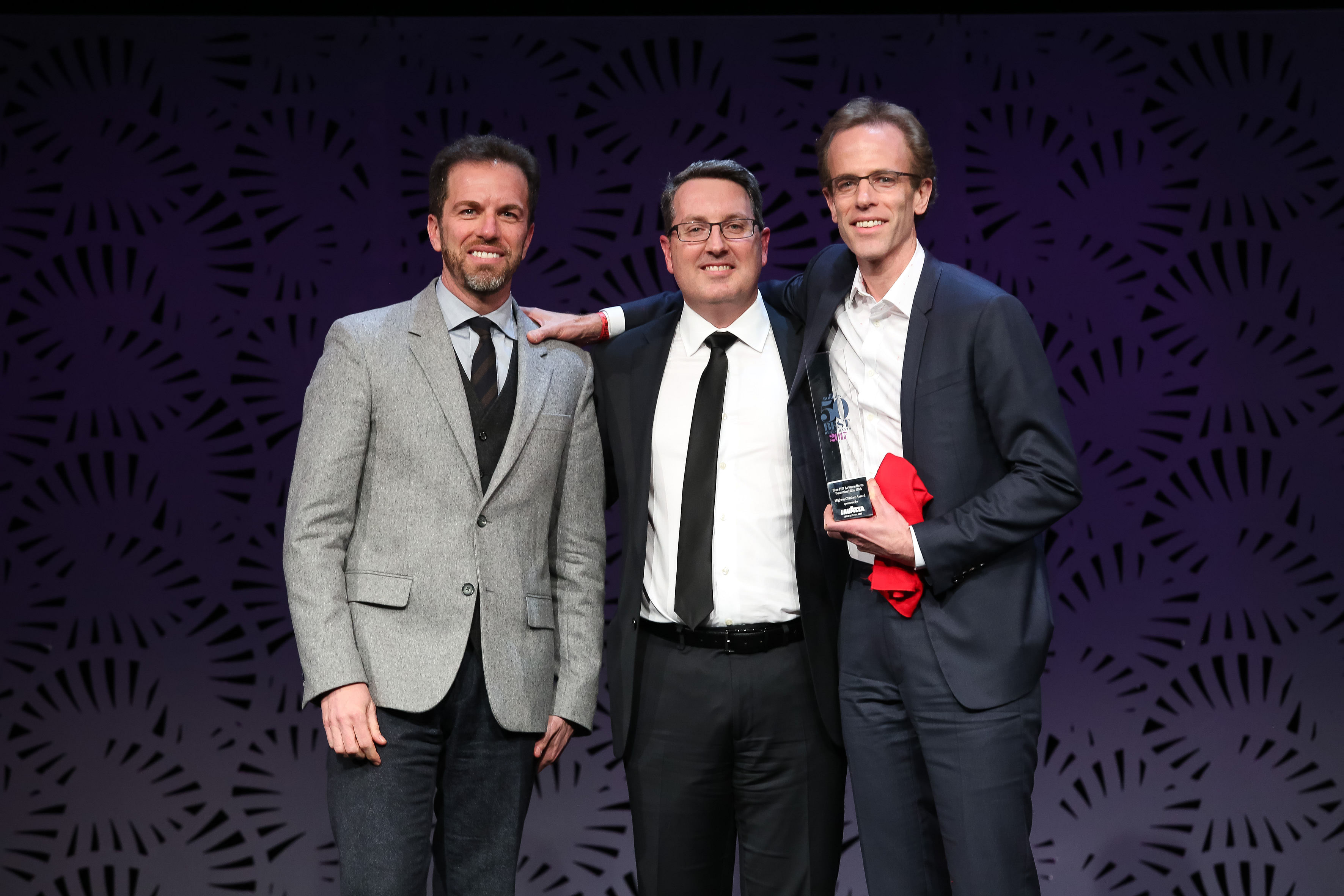 The following words were shared by chef Barber during an interview session at the
World’s 50 Best Restaurants 2017  awards held in Melbourne, Australia.

One third of what is produced in the world today is thrown away. That’s a horrible reality when one third of the world is food insecure or malnourished. And we have a growing population, and we have ecological and environmental conditions that are fraught and in real danger of decline. So one third of food being wasted is unacceptable.

Part of the reason why we launched our WastED pop-up (Barber and top chefs collaborated in a series of special meals in New York and London to feature ingredients that would normally go to waste) was to shine a light on this sobering idea. And also to look at the chef’s craft and creativity for utilising ingredients that would have otherwise been thrown away.

We think of waste as damaged fruit and vegetables, expired food, or the food that’s on the platter that’s thrown away. But I keep coming back to the same theme, which is, those ideas of food waste is actually small compared to the food culture that’s driving the agriculture system. For example, the UK grows 2 milion acres of wheat. 65 per cent of this 2 million acres is fed to animals. 65 per cent of the greatest grain in the history of the western world, and one of the most delicious and nutritious seeds possible is fed to animals. This has a lot to do with subsidies and the fact that farmers are paid by how much they can produce per acre and therefore the quality of wheat is terrible, and that’s why it’s meant for feed. But it’s delicious wheat.

As a larger exploration to this issue is that the every day food culture is demanding a protein-centric plate of food that the western world has exported to the rest of the world. It is disastrous in many ways because the world cannot afford it. That is the definition of waste. This is much harder to talk about and harder to change. But part of this is the opportunity for chefs and restaurants.

I’ve learnt that dairies in the UK, which sculpt the iconic English landscape, are there because of subsidies. They are not utilising the male bull calves that are born every day on these farms. 10,000 of them a week are shot within an hour of when they are born. The fact that there is no veal culture in the UK speaks to the issue of food waste. Why are these calves wasted? They are thrown away. They are not even used for dog food. That’s because it’s too expensive to pick them up and deliver them to a processing centre. And there’s not enough meat on the bones to make it worth breaking down. Even if they are plumped up (with milk) for a couple of weeks, it wastes milk, and is therefore too expensive.

So we went to a dairy farmer and paid an extraordinary amount of money to raise six of the male bull calves on their mother’s milk and on pasture. It ending up taking eight months. After we raised these six these bull calves, we processed them, and we had a mountain of meat. It was delicious meat. We ended up making veal ‘McNuggets’ out of them. It was to say, look, if you are a culture of clotted cream and yoghurt, you cannot enjoy that without enjoying veal.

In order to grow rice in Japan, you rotate buckwheat. It’s a great rotation crop because buckwheat breaks up disease cycles and adds a kind of fertility that rice responds to really well. The Japanese peasants learnt this 2,000 years ago. In America, buckwheat (organic farmers often have to grow it as it’s a great rotation crop for wheat) is thrown into dog food, or ploughed into the ground. There’s simply no market for buckwheat in the US.

In Japan what do they do? They create soba noodles. So if are a rice culture, you have to be a buckwheat culture too. You do it deliciously. That’s why there’s an opportunity here for chefs – both with food waste and for true sustainability – as we move into a world that’s fraught with environmental conditions that are becoming more alarming as we go on.

The future of food – what’s next?

I think it’s the buckwheat culture example. How do we look at our different cultures and ecologies and have the cuisines reflect what the landscape wants you to grow? Farm-to-table doesn’t force you into that kind of negotiation. It just allows you to supermarket shop.

The high-end crops are wheat, rice and corn. They grew civilisation because they are so healthy. But they grew civilisation because of the other crops. If you think of Mexican cuisine, it’s a corn culture and it’s a bean culture – you have to grow beans to get the corn. You think of French culture as meat based, but actually dairy and veal take on a huge proportion of the cuisine. These kinds of ecological transactions and negotiations that improve the landscape are what chefs can be increasingly drawn to. It ultimately produces the best food. It’s not just about the environmental/ ecological resilience and health of a landscape; it’s not just about deliciousness. We know that the most delicious crop comes out of a rotation system. And to be encouraging that system – it’s what it means to be a chef today. Creating a menu that encourages a pattern of eating that restores and improves the landscape. If for no other reason – then because you are driven by self-interest of getting the best ingredients.

We need to move beyond “farm-to-table”.

Farm-to-table reaches mostly the rich people. I can go to a farmer’s market and pick up a tomato, eggplant, zucchini and go to my restaurant and call myself a ‘farm-to-table’ chef… that’s just preposterous. While you are buying locally, you are buying high-end, and the highest fertility crops – the most exhaustive crops for the soil. Next to corn, it’s an eggplant or a tomato.

We need to change the food culture – that expectation for a plate of food.

The best restaurants in the world are the ones defining themselves by place. That wasn’t true 10 to 20 years ago. That’s a seed change. You could say it’s just a handful of restaurants in the world – but it’s more than that. Because those top chefs are teaching and inspiring the next generation of chefs. There has been some real resonance for what the possibility a restaurant could be.

We think of restaurants as places of escape from our terribly harried and confused world – but what if we thought of restaurants as places of connection to the issues we are talking about. What if we could connect around a plate of food, the menu, the experience of the table – and look at the world in a different way, and take those ideas and demand them for our children and community?

And that’s the power of the restaurant, and the power of being here part of World’s 50 Best – as you have a platform to speak about these issues. It’s a very humbling but also exciting time.