Yoku Moku: the art and history behind these famed Japanese cookies 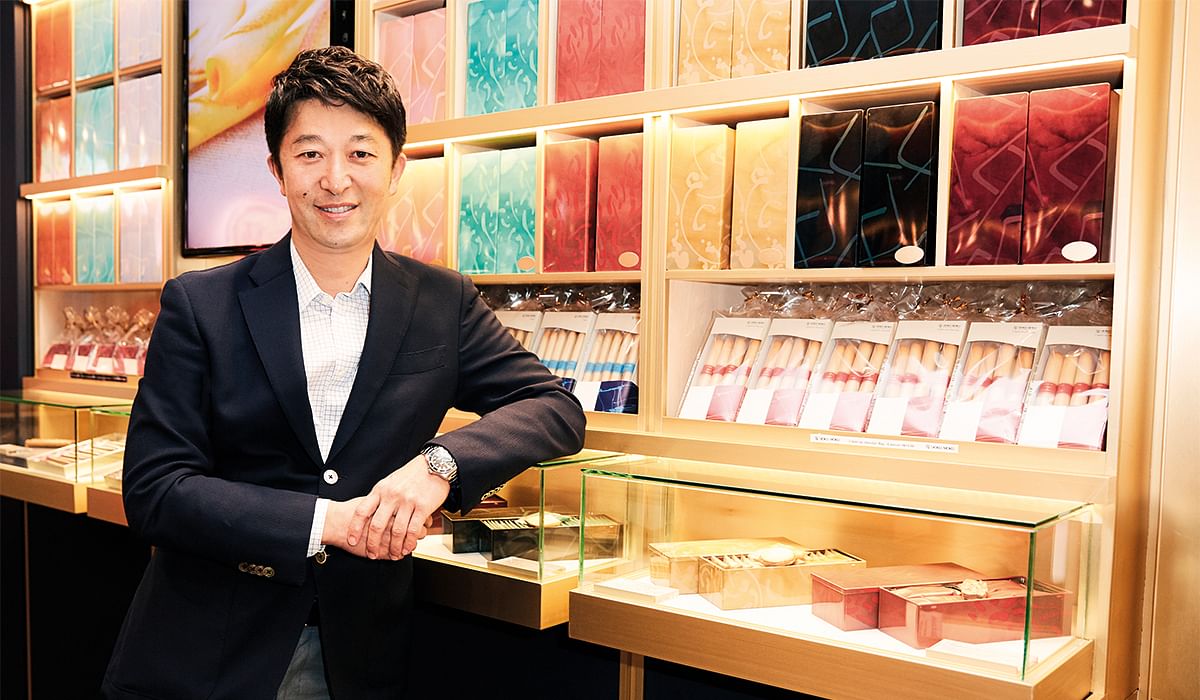 [dropcap size=small]I[/dropcap]n an age of prosperity, it’s easy to take small comestibles for granted. They are ubiquitous, available in every corner store for a handful of coins. Japanese confectionery maker Yoku Moku, however, started life believing that snacks are precious.

After WWII devastated Japan, confectioner Noriichi Fujinawa, then 52 years old, saw the power of his cookies and how they lifted people’s spirits. Thus, he dedicated his life to perfecting them. He named his brand Yoku Moku after the Swedish town of Jokkmokk as its warmth and hospitality had impressed him during a trip to the cold Swedish Lapland.

Today, the company is helmed by his grandson Takeshi, and the cookies – rich, buttery, covered in aromatic chocolate or rolled to resemble a cigar – have spread beyond Japan’s shores to India, Taiwan, Hong Kong, Macau, Thailand, and the US. Last January, it opened its flagship store here in Ion Orchard.

A culture of gifting

Its founding principle of imparting joy to recipients has not changed and, in fact, is key to its expansion strategy. Says the 47-year-old: “Yoku Moku is often used as a gift. So hopefully, we can go into a country that has a culture of gift exchange. However, each country has a different form of that.” It’s up to the brand, then, to adapt and cater to a particular culture, which it does by designing the packaging to celebrate a country’s festivals.

In Singapore, for Chinese New Year, as well as Mid-Autumn Festival, the cookies come in a tin featuring the appropriate zodiac animal or a full-moon motif.

To ensure that Yoku Moku’s cookies are given and received in the best possible condition, each comes individually wrapped, with the plastic packaging specifically designed to open in a single tear from top to bottom. They come in sleeved tins, priced between $35 and $108, that can be wrapped by store staff Japanese-style, namely, with only one piece of tape and a single opening – at the top for congratulations, or at the bottom for commiseration. This is done in adherence to the Japanese tradition of wrapping gifts in three layers, symbolising the highest level of sincerity that you can bestow upon a person.

So far, so traditional Japanese wrapping. But how does the company address the issue of excessive packaging in an age of climate change? According to Fujinawa, their paper sleeves contain old or used papers, while plastic films are made as small as possible – just right for each cookie – in order to minimise plastic usage and waste. For now, Yoku Moku is betting that its tins of cookies, one of which features a snakes and ladders game with illustrations of whimsical Singapore items like kuehs, kopitiam chairs, the merlion and the control tower at Changi Airport, are just too beautiful to bypass.

(RELATED: Less is more when it comes to product packaging)