The multi-talented AI entrepreneur strikes a balance at work with everything from acting to wing chun. 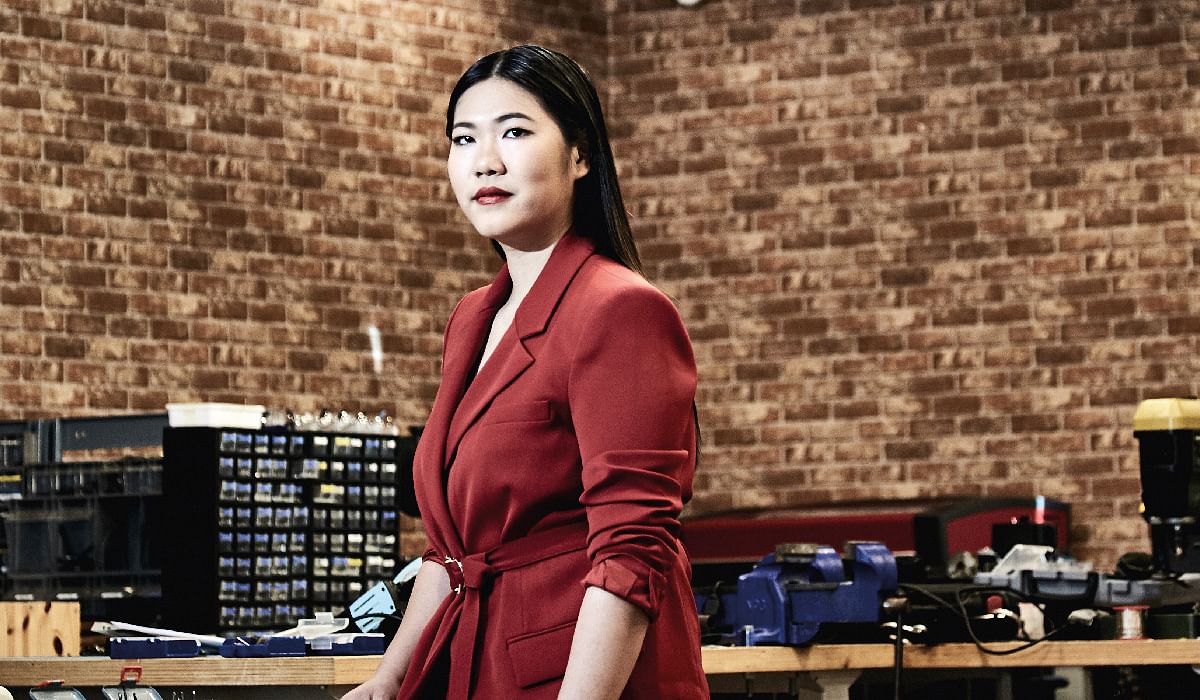 Annabelle Kwok greets people, even those she has never met before, with a warm hug. Disarming and highly energetic, it does not take long to see why the founder and CEO of artificial intelligence start-up Neuralbay is Singapore’s poster child for technology.

The 26-year-old recipient of this year’s Her World Young Woman Achiever award is a self- taught hardware and software engineer with two AI companies to her name. Every bit your 21st century multi-hyphenate, she has a taekwondo black belt and is a licensed windsurfer and avid runner. To fit it all in, Kwok, a mathematics major from Nanyang Technological University, adopts a system she calls “energy management, not time management”.

“If I am not tired, I’ll just keep going. After I run and return feeling energised, I will chiong work because I am in the zone,” she says. (“Chiong” is the Singlish term for immersing oneself in a task.)

In 2016, she founded her first company, Smartcow, which builds industrial-grade AI hardware. The next year, she left the former and started Neuralbay, which focuses on building AI-driven detection and recognition software.

Since then, her company has created custom neural networks for multinational corporations in the aviation, manufacturing and automation industries. In a recent project for confectionery company Ferrero Group, Neuralbay, which comprises a team of five in Singapore and 10 in Indonesia, built a recognition system that can identify the brand’s wide range of Kinder Surprise toys in different environments and light conditions, to enhance the playability of the toys.

Because of her achievements, she has met former US president Barack Obama to help his foundation plan workshops in the region, and she is often invited to speak on AI topics around the world, including delivering the keynote address at London Tech Week.

She credits her well-roundedness to multiple personal pursuits. “I train for long-distance runs where you must pace yourself. This teaches body awareness, so you know when you can push yourself and when to stop in case you get injured. This applies to aspects of work too – plan for the long game, not just the short game,” says Kwok, who has run a marathon in North Korea.

She had also dabbled in acting, which helped her to deliver business pitches and connect with her audience. “When you go into meetings, people need to trust you and that comes from making an emotional connection. That I learnt in drama.”

More recently, she has begun learning wing chun. The martial art, she says, is an intellectual sport with a strong code of ethics. “When you are sparring, you are really in the moment,” she says. “It is not about the ‘I kill you’ kind of vibe but staying adaptable and flexible.”

In the field of AI, one of the largest ethical issues revolves around privacy and data governance. “Everyone has a different understanding and perception of technology and there is no universally agreed standard,” she says.

Personally, she maintains a clear boundary when deciding on projects to accept. “If the things I’m going to build will hurt people, or when I meet people and their understanding of what they are asking me to build is not well-founded, I won’t do it.”

(Related: How to stay relevant in an AI-powered future)