He is one of the designers behind Waldorf Astoria Bangkok which will be opening in third quarter of 2018. 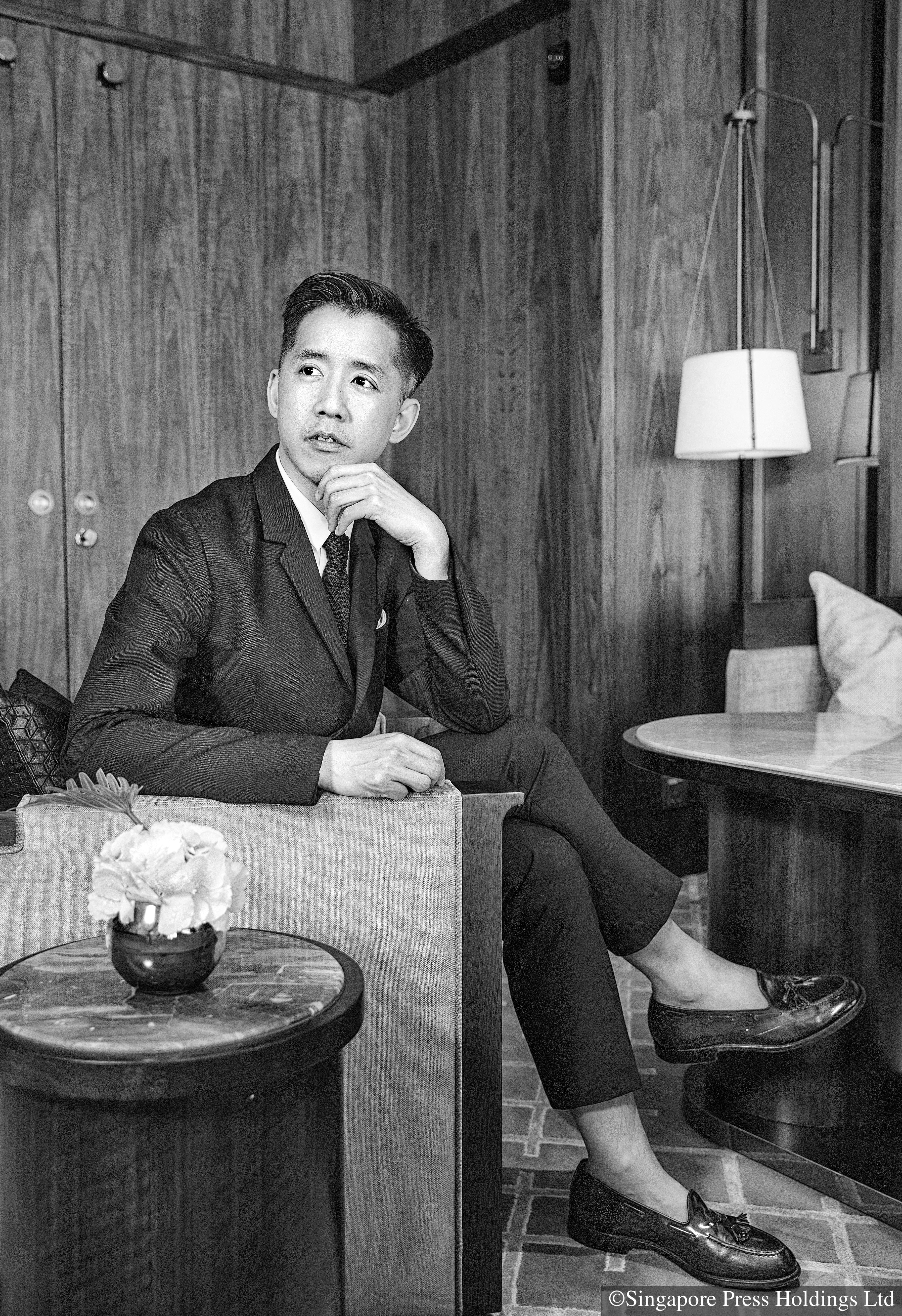 [dropcap size=small]A[/dropcap]rchitect/designer Andre Fu vividly remembers his first trip to New York, when he was a teenager. He was there to visit friends, and stayed at Union Square. He recalls strolling down Madison and Fifth Avenues, and unintentionally walking into the Waldorf Astoria New York. His memory of the luxury five-star hotel which is currently closed for renovations, was how majestic it was, the rectangular spaces and the layers and layers of rooms.

Little did he imagine then, that he would one day be designing a Waldorf Astoria hotel too. Mr Fu, 42, is one of the designers behind the Waldorf Astoria Bangkok, which will open in the third quarter of 2018.

His studio, AFSO – short for Andre Fu Studio – which he founded in 2000, is responsible for the design of the 171 guest rooms and suites, the street level arrival, the Front Room restaurant, the Peacock Alley lounge and The Brasserie restaurant on the Upper Lobby.

Born in Hong Kong and educated in England, Mr Fu attracted international attention with his design of the Upper House hotel in Hong Kong, which has a Zen-like feel to it.

He is no stranger to Singapore, having designed The Fullerton Bay Hotel and Andaz Singapore, as well as the Cassia restaurant at The Capella.

Mr Fu’s other signature hospitality projects include the Kerry Hotel in Hong Kong, the Shangri-La Hotel in Tokyo and the Pavilion Suites for The Berkeley in London.

Tell us about your design for the Waldorf Astoria Bangkok.

Bangkok is such a dynamic city, the street life is chaotic, but there is a lot of richness in the Thai culture, such as in its artisans and crafts. I wanted to create a hotel where the heritage is respected but not replicated. The design had to be relevant to the city. The team worked with local artisans and a local graphic design team to create different features around the hotel such as the wavy Art Deco-inspired screens, that are like the silhouettes of traditional Thai dancers in movement. Subtle touches of Thai motifs are infused throughout the suites and the public spaces.

You are the designer that hotel clients go to. Why do you think that is so?

I think it is because I enjoy what I do, and the way I do my projects which is very personal. There is a huge personal commitment to every project that I take on. When I design a hotel, I think of how the guests will experience it. How will the guest feel in a room? Will the features work? These are the things that create memories for the guest – more important than how big the space is. I consider less how beautiful a hotel looks in pictures – that I leave to the photographers. What matters more is the guest experience. Often guests return to a property, be it a hotel or a restaurant, when the place connects with them on a personal level. While ‘relaxed luxury’ has been my design philosophy, I now think about ‘modern reflections’, when I create a project. It is important not just to think about the future, but also to see how things in the past were done and to reflect on them.

You must travel a lot. How do you pick which hotels to stay at and do you have a favourite hotel?

I probably travel every other week for work, and sometimes I tag on personal travel. Where I choose to stay is organic – it depends on where the client puts me up. But I do have my personal favourite hotels, such as the Park Hyatt Tokyo. John Morford’s design of the hotel is timeless, even though it has been 24 years since the hotel opened. In fact, the Park Hyatt Tokyo inspired me to go into hotel design.

Why do you enjoy hotel design?

Hotel design is a holistic experience, from sleeping in the room, to the smell and touch. Everything coexists for that experience. A hotel is a gateway for the traveller. Apart from the airport, when they enter or leave a country, a hotel is the first and the last place they are at. Hotels can radically change the traveller’s perception and understanding of the city.

Ultimately, I am the gatekeeper of the city. But that is not to say I know everything about a city where I have worked in. I am still learning at every place that I go.

Do you have any hotel pet peeves?

As if running AFSO is not keeping you busy enough, you also started Andre Fu Living. Why?

With the hotels, you have to travel to the destination to experience them. I wanted to do something more tangible that people could bring back home with them. AFSO was also collaborating with designers to create objects for projects, and guests were asking to buy these objects. Hence I started Andre Fu Living, which has a collection of handmade rugs with Tai Ping Carpets and lights with Lasvit. We have been collaborating with other brands, but I want to focus more on creating a holistic range of objects ourselves.

Is an eye for design something that is inborn or can it be cultivated?

I think it is both. It is easy to have an idea, but you have to be interested in something to make it memorable. How do you cultivate an eye? You have to see more of the world. I find it strange when people who have worked two years in a studio, tell me they have seen everything. You can’t say that; the world is always changing. Even for me, I’m still picking up cultural details that I didn’t know about, such as how the different hand and finger positions in a Thai dance mean different things.

This story was originally published in The Business Times.